The Tokyo Olympics 1964 Logo Design Guide Sheet, by Yusaku Kamekura, isn’t something I believe I can ever recall seeing, so it was cool to see it in my tumblr feed today.

Can’t find an awful lot on this, even doing image search on Google doesn’t result in anything else other than this one image, and a bit of blurb from Typohphile:

Typophile: The Olympic Games in Tokyo marked the beginning of minimalist graphic design that became standard. Typography and the concise utilization of colors were essential elements of the visual identity.⁣

But I’ll take this opposed to nothing, so it’s one more classic vintage Olympic Logo Design Sheet to add to the Olympic collection.

Recreating the Vintage Classic Logo Guidelines as a Poster

Much like the VW Logo Guidelines, 1976 Montreal Olympics Guidelines & Vintage Air Canada Poster (below) that I’ve previously recreated, I really wanted to create a long lasting vector version of the Tokyo Olympic 1964 Design Guide Sheet, in an enlarged Poster format.

Something that will not degrade over time such as bitmap images do, but also allow us to print these out as posters, and frame them.

I feel they deserve heaps of recognition due to the skill, craftpersonship and creativity that these illustrious logo and guidelines so clearly deserve.

I started a little Twitter Thread—this post also featured on creativebloq.com—when I started the recreation process, which you can see here: 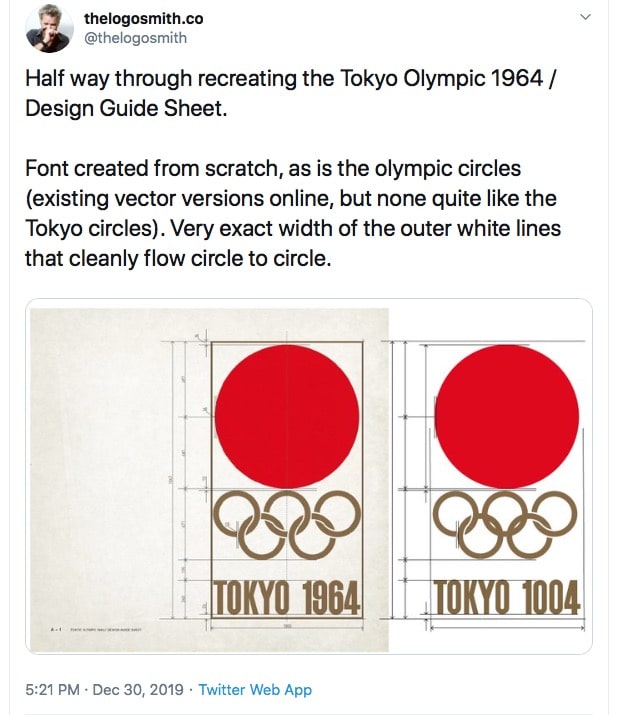 Pretty pleased with the end result, even if it did take much longer than I had first envisaged.

I took a bit of artistic licence with just a few elements, such as the official code text: A–1 TOKYO OLYMPIC 1964 / DESIGN GUIDE SHEET as I made this a little larger and aligned it under the logo, rather that far off to the left.

Managed to identity the font used for the measurement numbers, which to my eye is a version of DIN Regular, as you can see below: 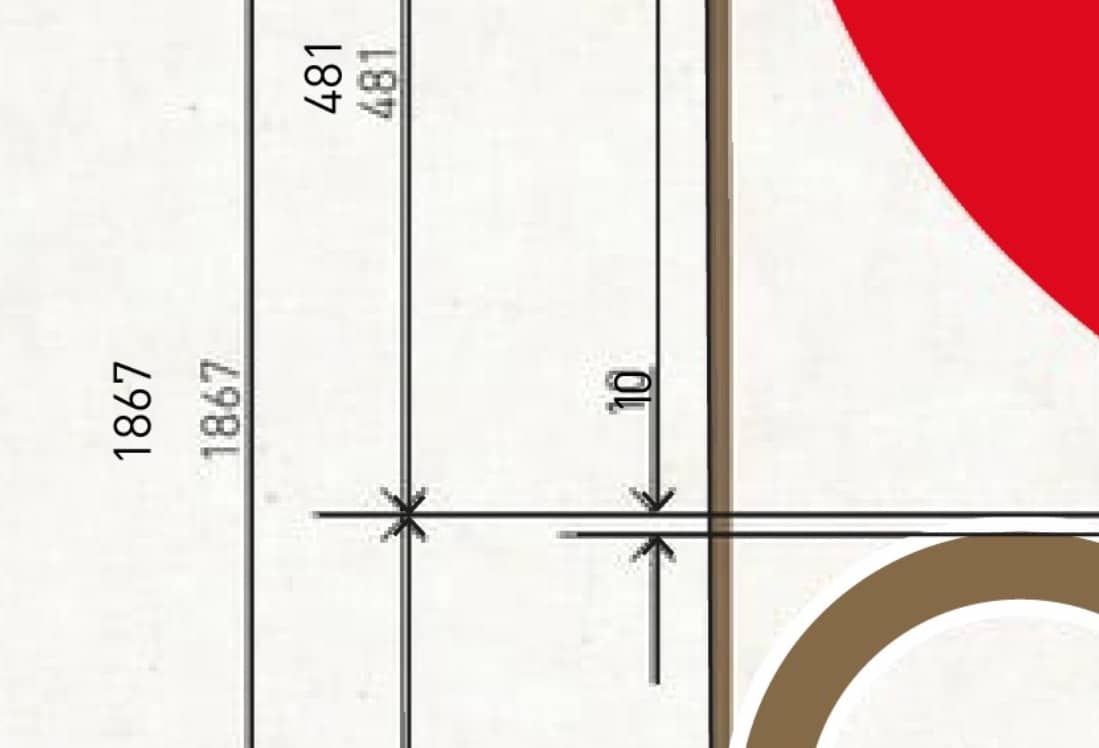 I also didn’t include a distressed coloured background with the artwork, instead just adding a light grey tint.

Obviously if you decide to download the artwork, you are free to add a more vintage background should you desire. 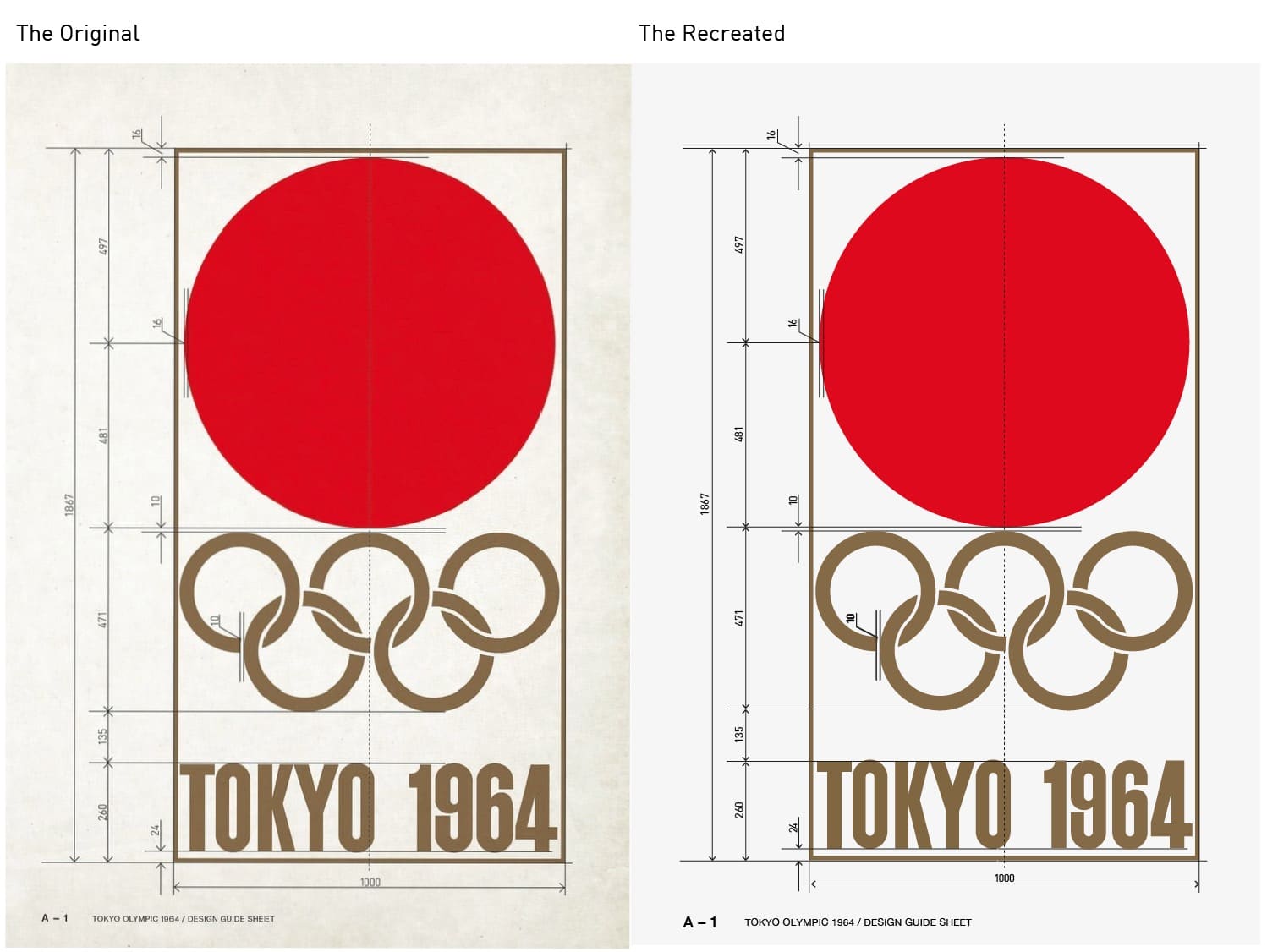 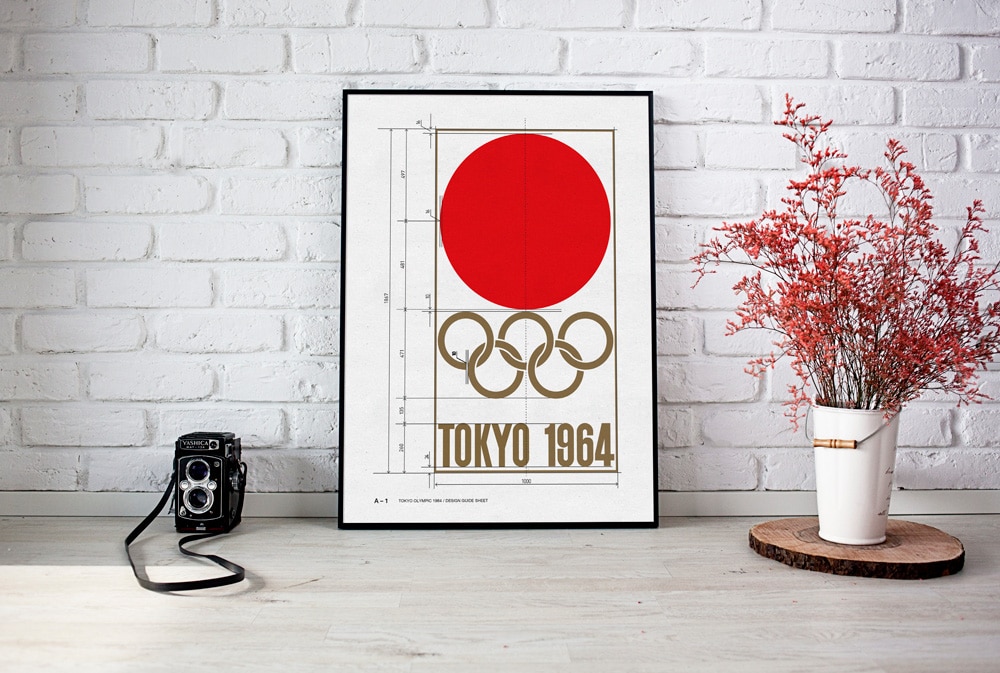 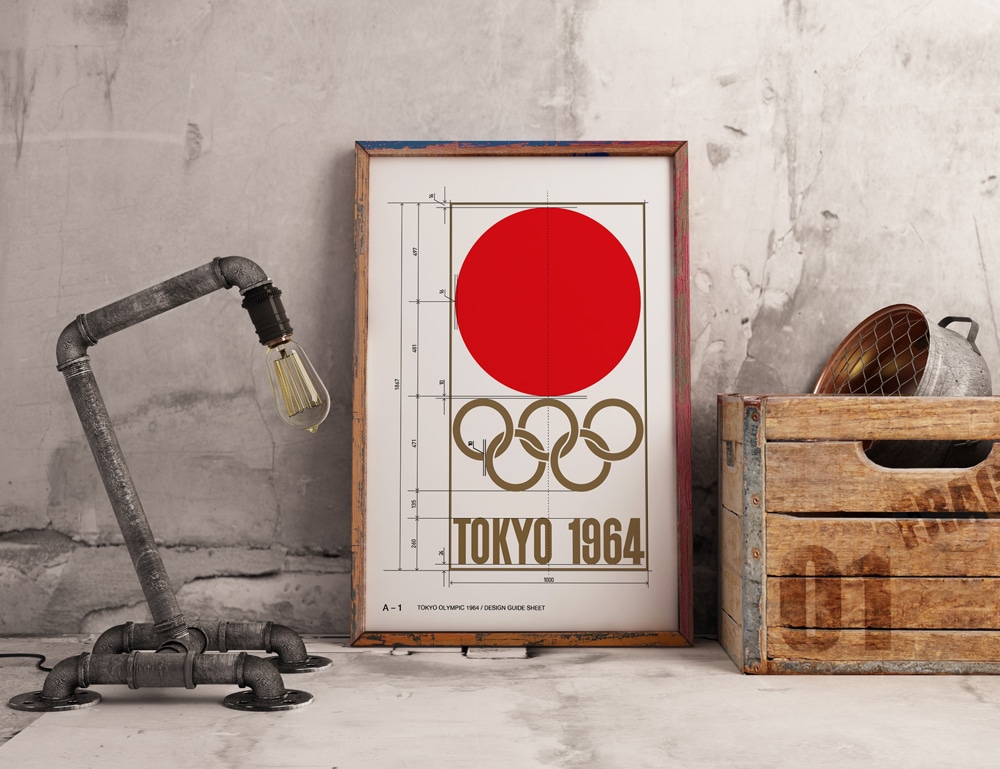 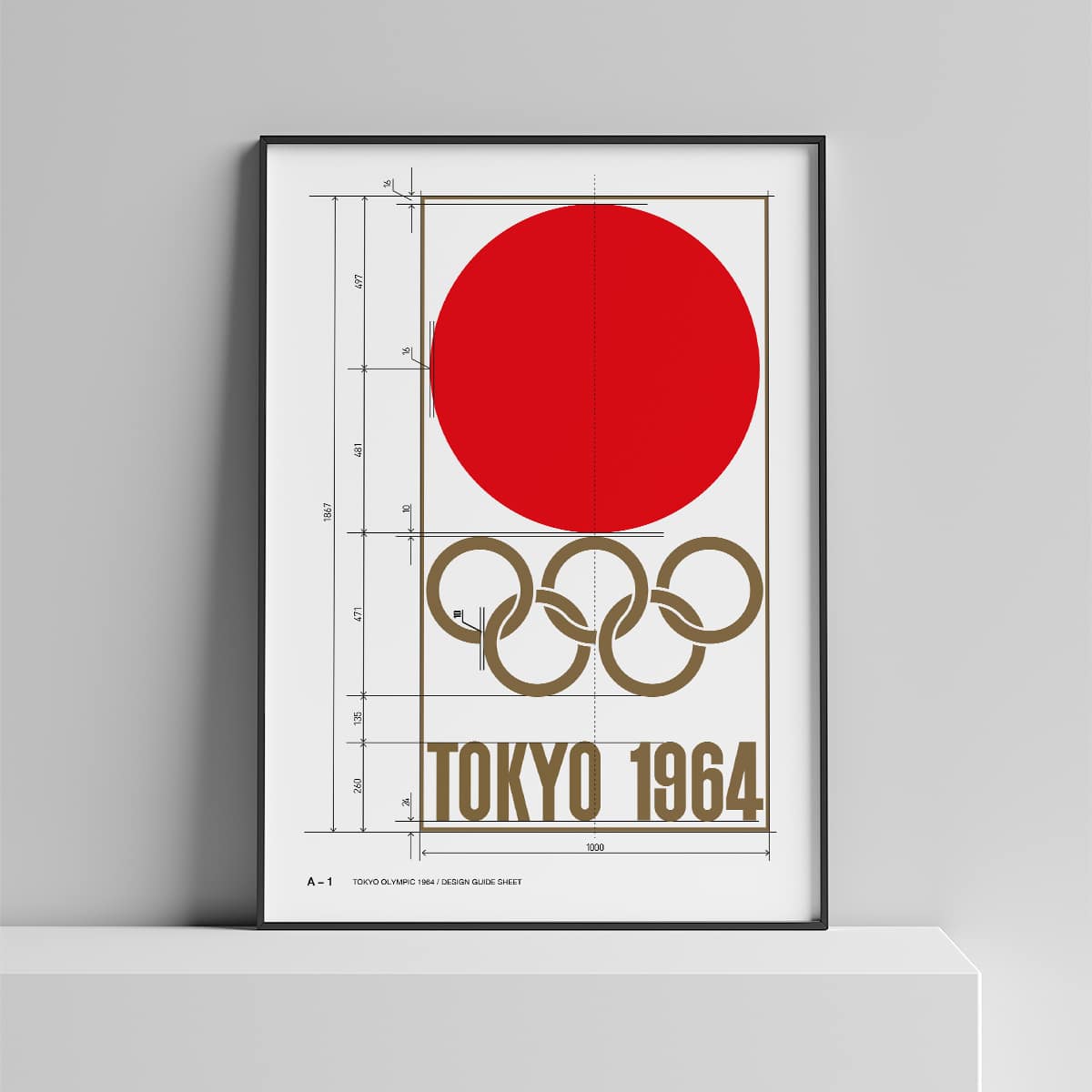 There’s not an awful lot to say about the Download, other than here it is: https://www.dropbox.com

The image below is actually a sanitised SVG and imported into WordPress using the plugin: Safe-SVG, so you can actually just drag this image out of this post, and drop it onto your Illustrator App icon, and it will open up as an editable SVG.

If you just double-click the SVG file on your desktop, it’ll likely try and open any accessible text editor, as this is all the SVG is; you do need to drag the SVG directly onto a vector app icon.

Saving the Past for the Future

Much like the VW Logo Guidelines & 1976 Montreal Olympics Guidelines & Vintage Air Canada Poster (below) that I’ve previously recreated, in my own little effort to preserve these amazing works of creativity, I’ve also recreated the Tokyo Logo Design Guide Sheet (above), which you can also download as a vector to print out and frame. 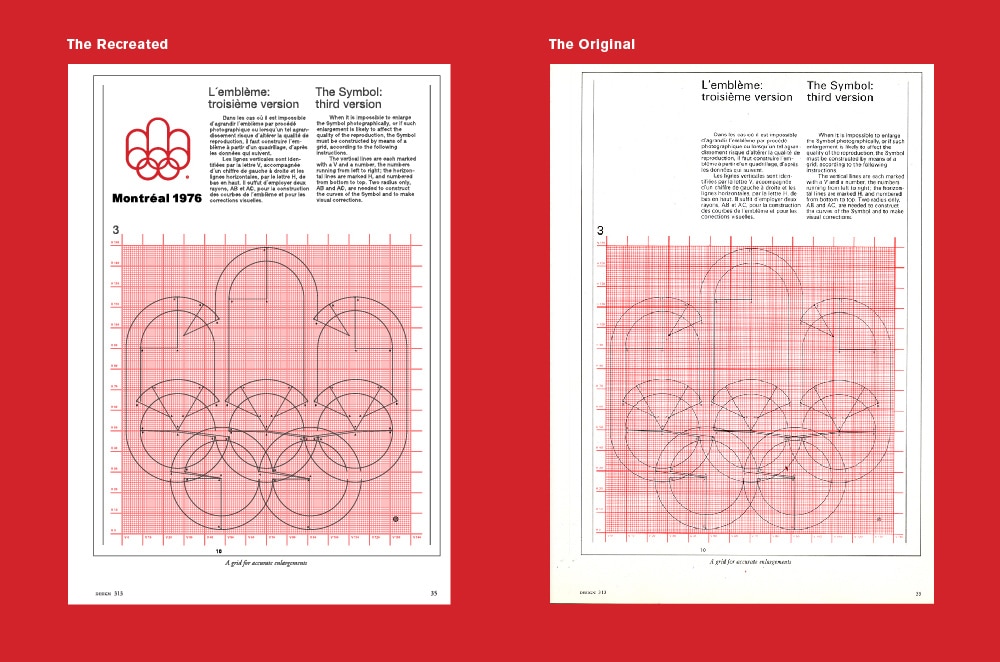 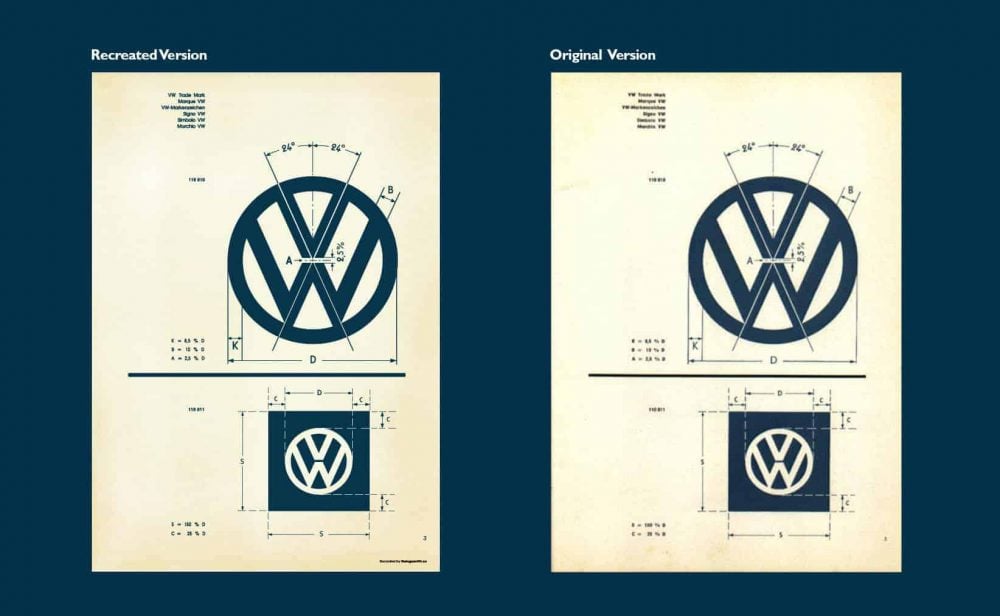 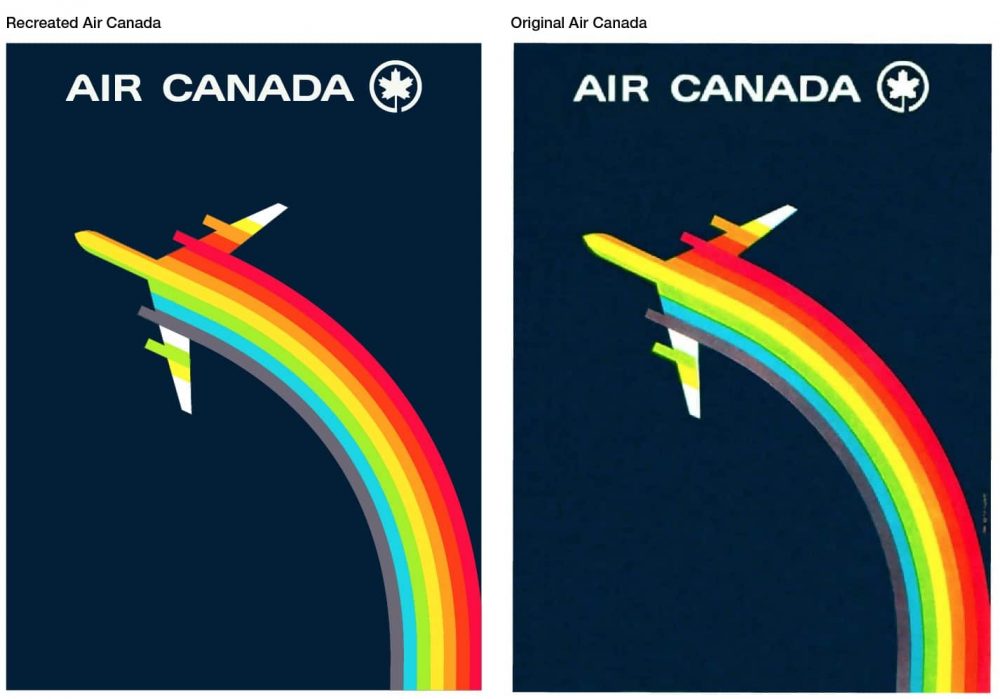 Design is History: Born in the Niigata prefecture in Japan and a student of the Institute of New Architecture and Industrial Arts, Yusaku Kamekura was more than acquainted with the Bauhaus principles and sense of design. Starting his design career at the publishing company Nippon Kaupapu, Kamekura has more than half a decade of experience in the design world. Combining the influences of the Bauhaus with insight to his traditional heritage, his work is recognized for its colorfully minimalist approach.

Perhaps most well known for his work for the Tokyo 1964 Olympics, he combined modernist principles and typography with the Japanese cultural heritage through the simplistic combination of the words “Tokyo 1964”, the olympic rings and the sun from the Japanese flags. His work for the Olympics also marked the first time that photography was used to promote the event. Another success of equal magnitude was his poster design for the 1970 Expo in Osaka, which won several national and international design awards. 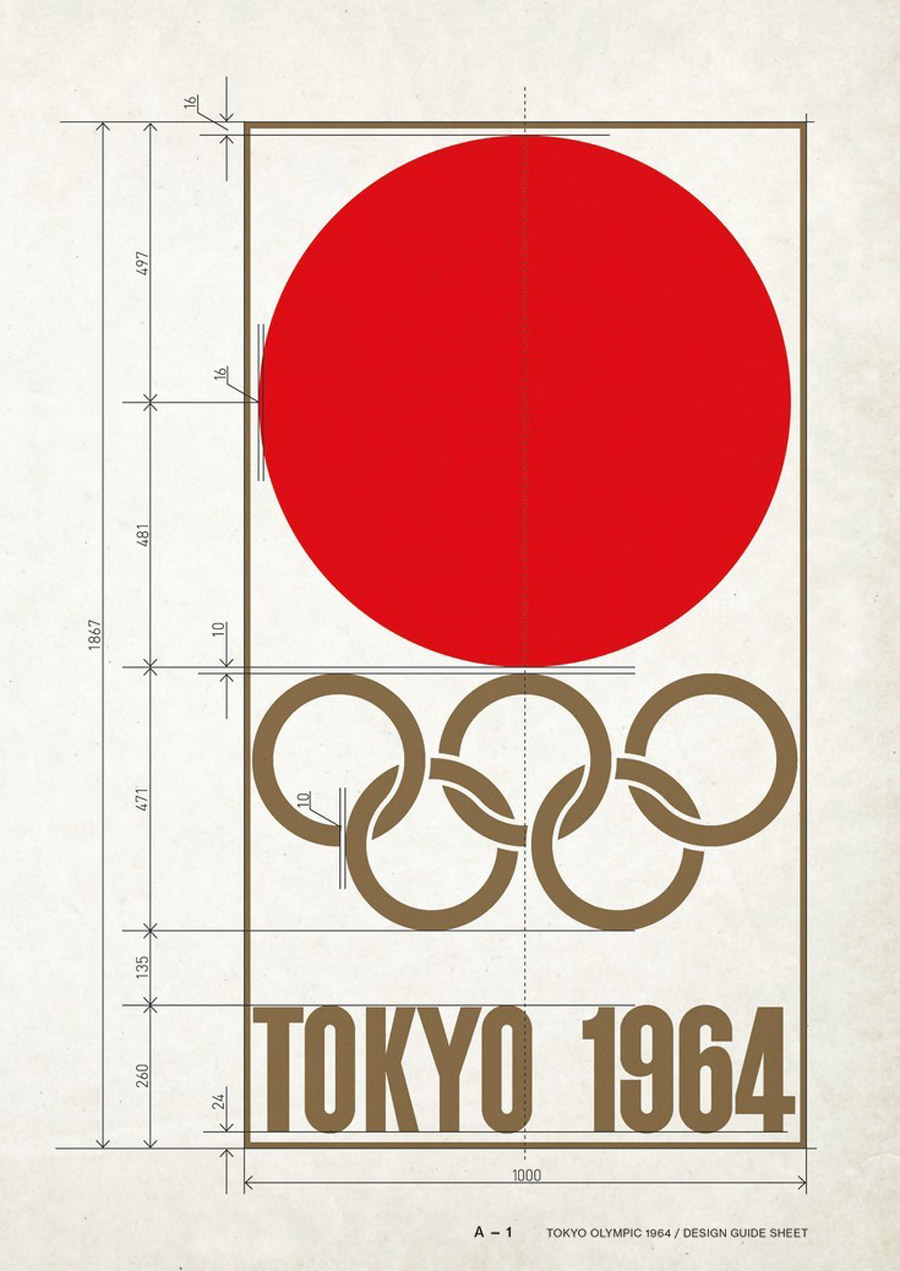 Wikipedia: The 1964 Summer Olympics, officially known as the Games of the XVIII Olympiad(Japanese: 第十八回オリンピック競技大会 Hepburn: Dai Jūhachi-kai Orinpikku Kyōgi Taikai), was an international multi-sport event held in Tokyo, Japan, from 10 to 24 October 1964. Tokyo had been awarded the organization of the 1940 Summer Olympics, but this honour was subsequently passed to Helsinki because of Japan’s invasion of China, before ultimately being cancelled because of World War II.

The 1964 Summer Games were the first Olympics held in Asia, and the first time South Africa was barred from taking part due to its apartheid system in sports.[2][3] (South Africa was, however, allowed to compete at the 1964 Summer Paralympics, also held in Tokyo, where it made its Paralympic Games debut.)[4] Tokyo was chosen as the host city during the 55th IOC Session in West Germany, on 26 May 1959.