Ever since I recreated the Vintage VW Logo Specifications Poster, I’ve been gunning for another famous logo design to recreate, fortunately there was the 1976 Montreal Olympics Logo Guide Poster to take on.

I’d suggest you take a look over at Canada Modern’s website, as they have some articles and imagery that covers the origins of the 1976 Montreal Olympic logo and the logo grid/logo guide, designed by Georges Huel.

Preserving the Past for the Future 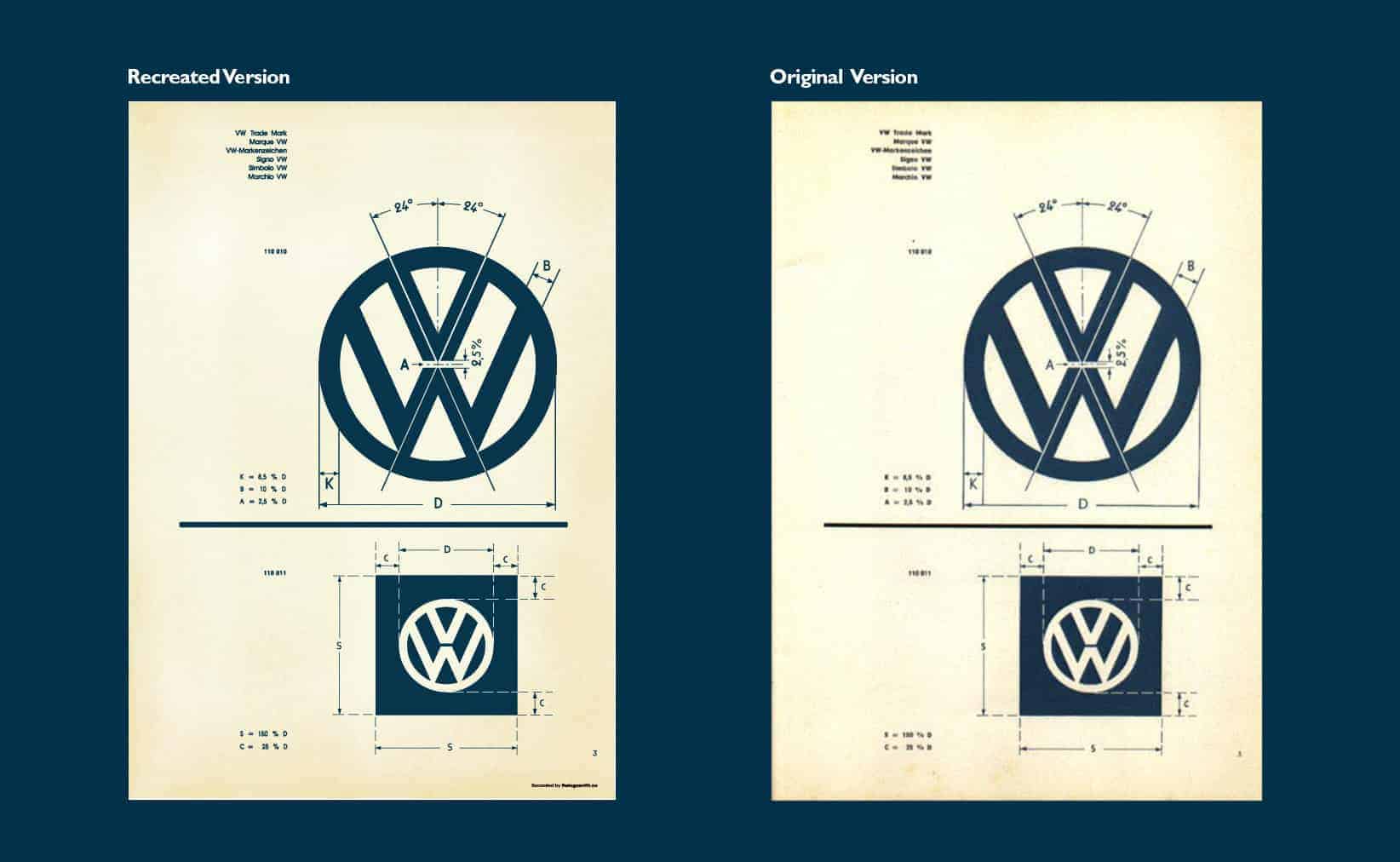 Much like the VW logo specifications above, there was not any high-resolution versions available, as the only examples were smaller photographs (below) of the original paper sheets that were degrading due to repeated JPEG resaves.

This is a big part of why I decided to recreate the Vintage VW Logo Specifications Poster in the first place; a way to ensure that these beautiful and hand crafted Vintage Logo Specifications would take on a new life, and resist the usual degradation of bitmap exports to JPEG etc.

Same applies to the beautiful Vintage Canada Airlines Poster, that I recreated below (original on the right, vector version on the left), the post goes into more detail about the process:

Big part of the appeal of recreating these original logo specifications is having the chance to really look and understand the reasoning, logic and aesthetics behind the construction and design of these stunning logos.

And that’s the key word here: construction, these logo were designed and constructed with immaculate attention to detail, and hand drawn with pen, rulers and compass.

As with the VW logo, during the recreation of the Montreal logo guide, I realise that they were not 100% in terms of alignments, and other certain measurements and placements of various elements.

This is in part a big part of the appeal for me to these vintage logo designs, that there is a certain limitation when having to create very precise measurements by hand, especially when it comes to accepts that are mirrored and repeated.

What you see above are not perfect circles, but slightly off by the smallest of measurements; not something that is replicated when you use the precision of Illustrators tools.

So the recreated version is mostly faithful, but there are a few areas where I had to make a good guess, and also a few elements that I used creative licence to change.

Some of the changes I made: the margins, the placement of the two text descriptions, and of course adding the Montreal Olympic logo to the top-left.

Some of the areas I had to make educated guesses are mostly to do with the text labelling of the circles/radius’, where you have the paring of letters AB & AC.

Overall I’m super pleased with how this turned out, and hope you enjoy being able to now print it out, to whatever size you like, and place it somewhere you can marvel at the sheer loveliness of the Montreal Olympic logo.

For now, there’s just one version of the poster, which is saved as an Adobe Illustrator file which you can download but over the next few days I will be packaging up a few variations of the Poster which will be bundled with the main download.

If in the meantime you’d like another file format for this poster, then just hit me up on Twitter, and I’ll be happy to oblige.