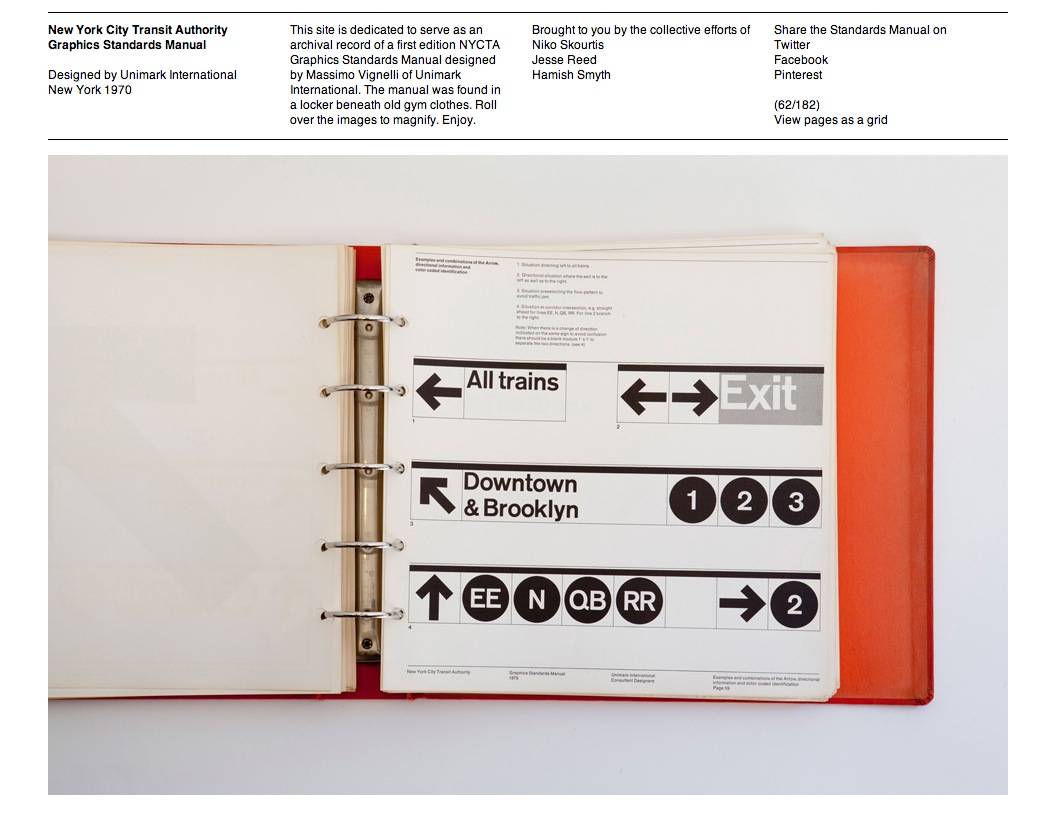 What I love about this story is how the NYC Transit Authority Graphics Standards Manual was discovered:

“The manual was found in a locker beneath old gym clothes.”

There are a number of these vintage Graphics Standards Manuals: NASA, British Rail, I Love New York, and the 1976 Montreal Olympics Manuals representing various famous companies and institutions, that give is such a insight into how things were created and designed decades ago, even going back as far as the 1040’s with the somewhat questionable Nazi Graphic Standards Manual

As well as some of the photos I have in this post, there are some drool worthy collection of photos over on Flickr, from Flickr user Triborough, who was fortunate to to be able to purchase one of these rare manuals: https://www.flickr.com/photos/triborough/sets/72157594441672864/

Worth reading some of the comments as they are discussing the various fonts used for this manual. 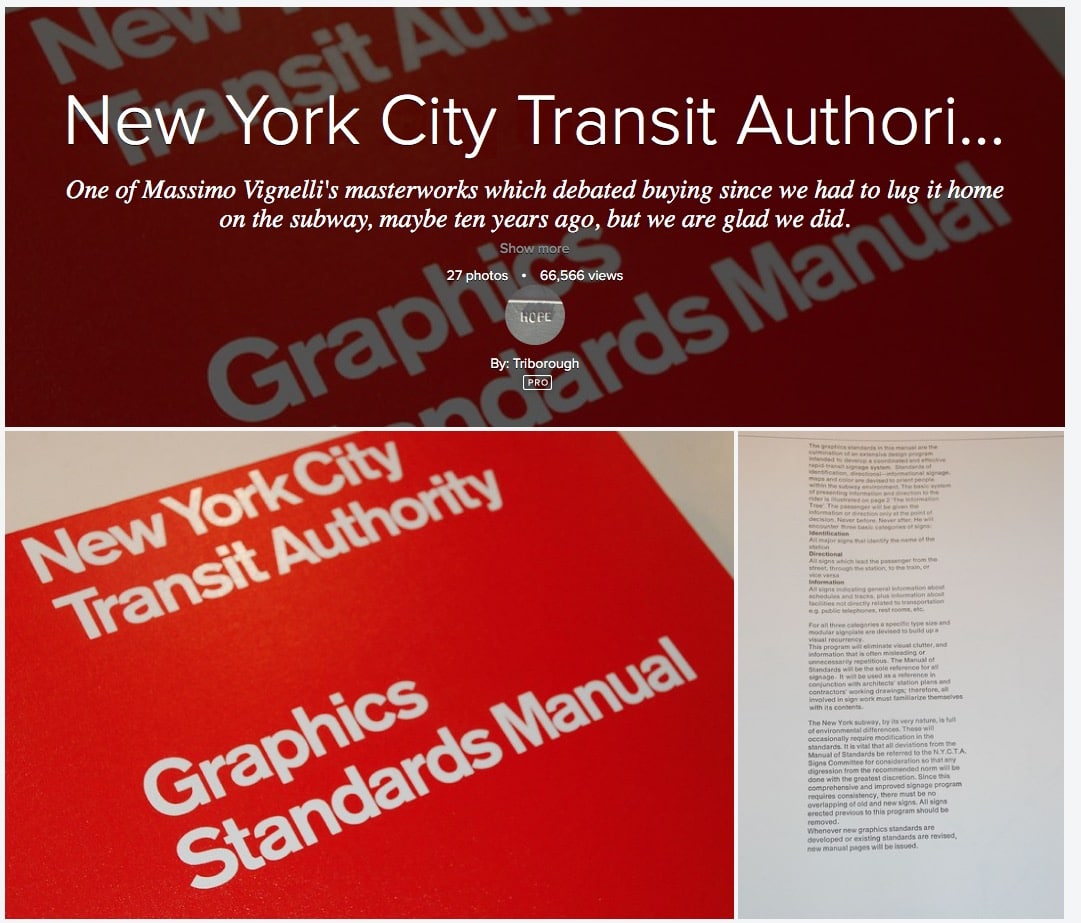 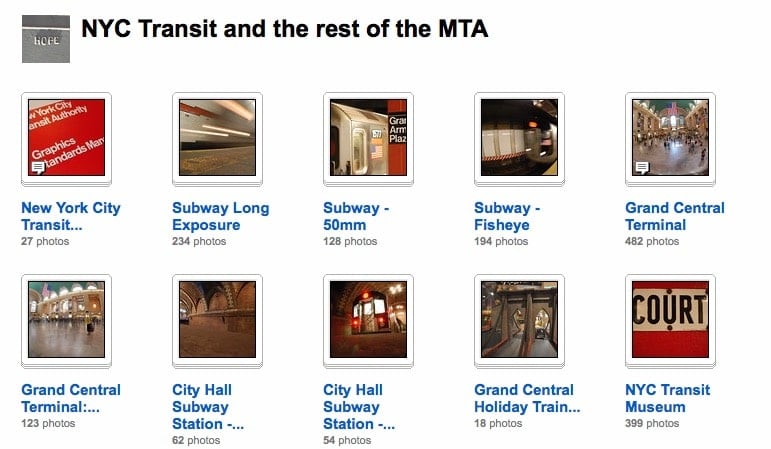 Back to to NYC Transit Manual: there are a few real world establishments that can claim to have the endearing longevity that the brand identity for the New York City Transit Authority has had and continues to experience.

The Manual, designed by Massimo Vignelli of Unimark International, in New York in 1970, the New York City Transit Authority’s brand identity has achieved cult status amongst the creative community:

The http://thestandardsmanual.com micro-site is dedicated to the graphics standards manual of the New York City Transit Authority, and has 182 photographs showing each page of the binded manual. Stunning. 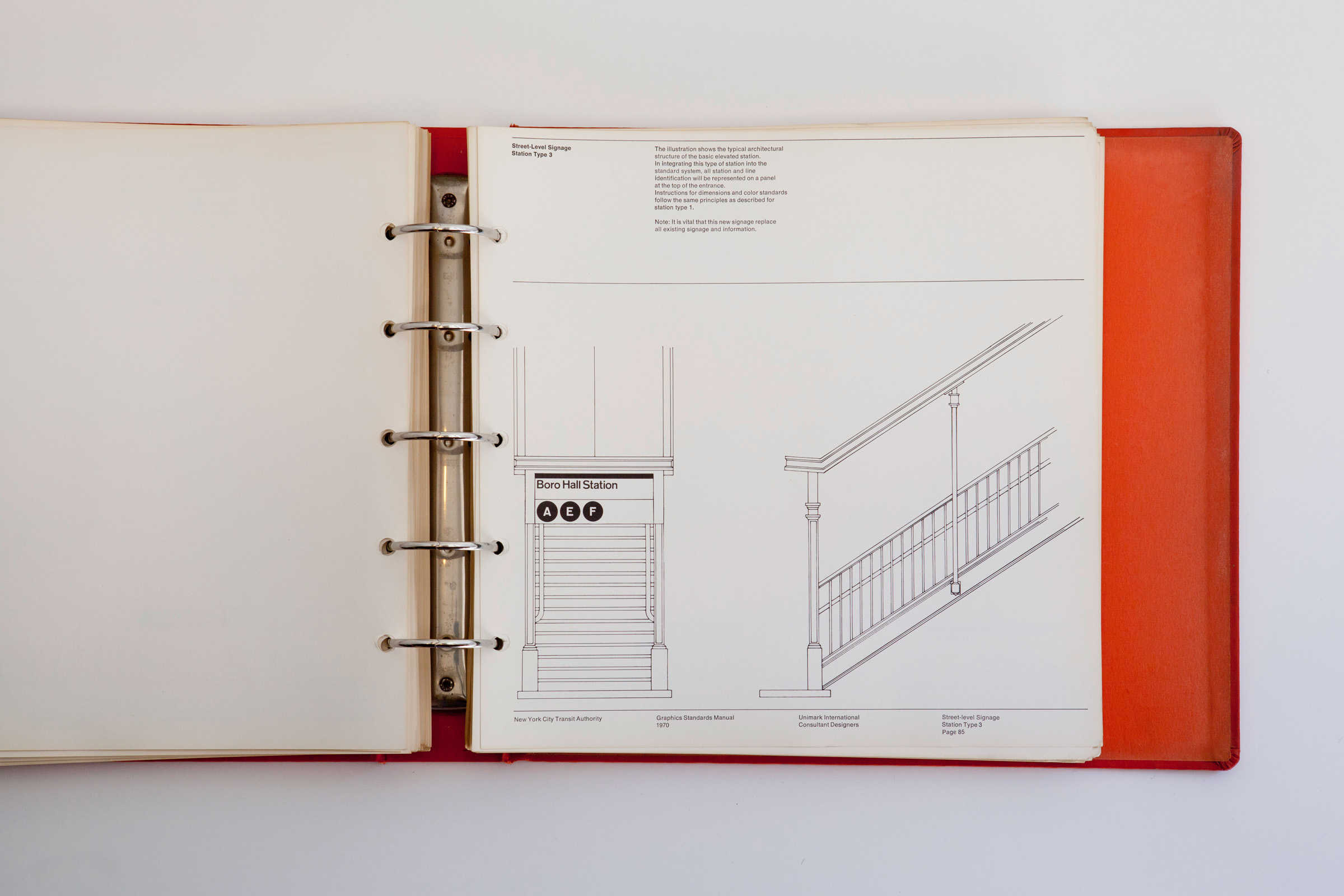 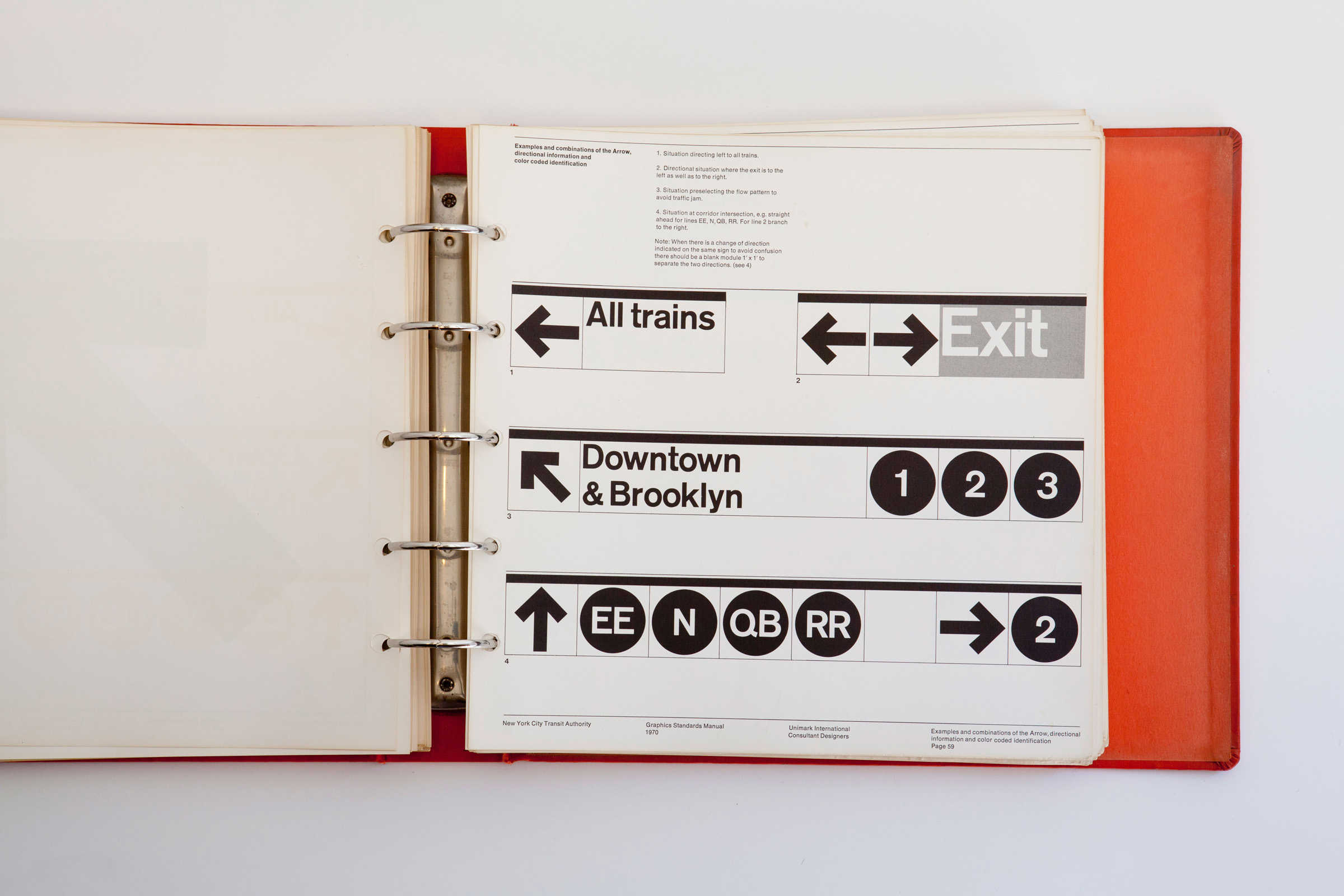 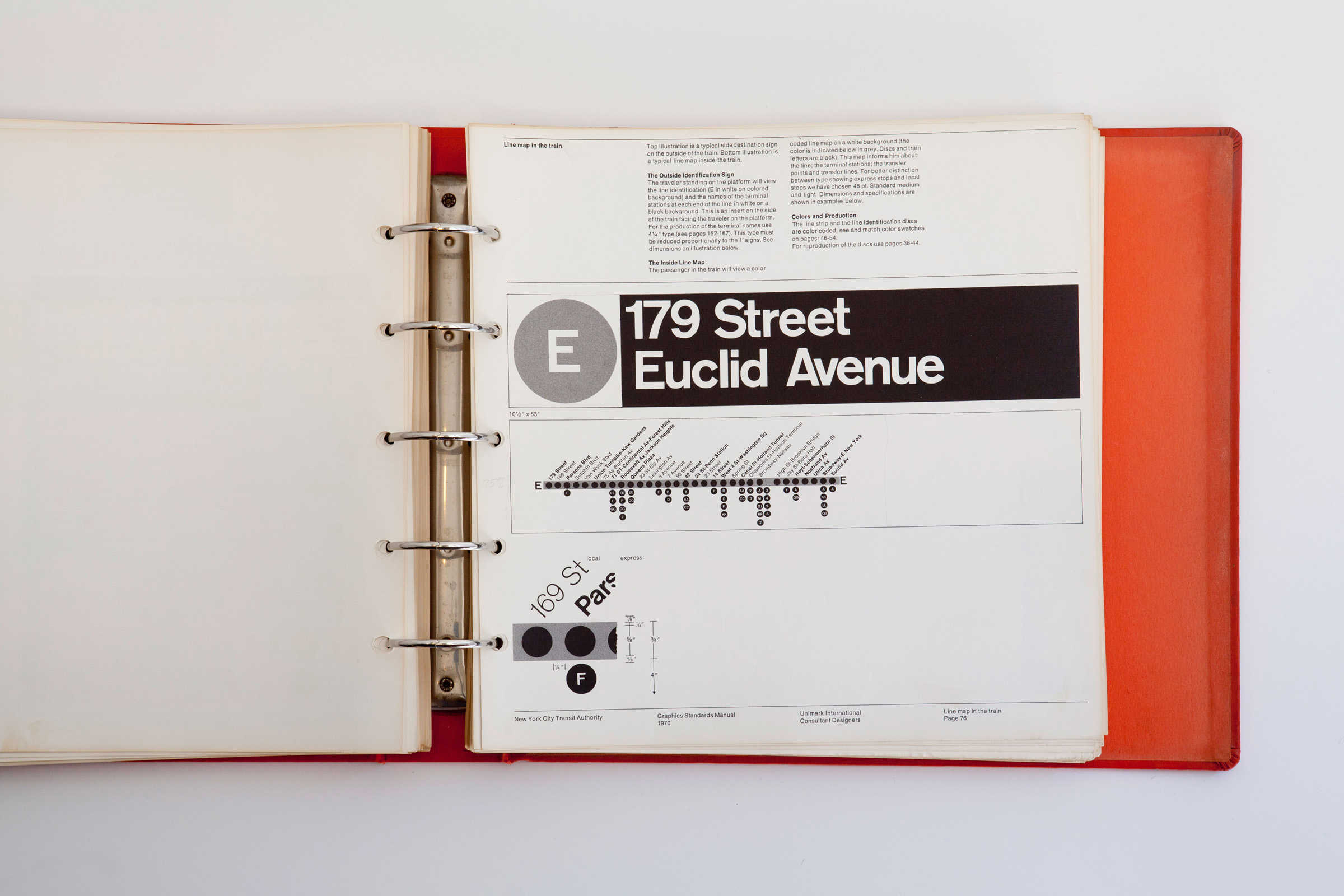 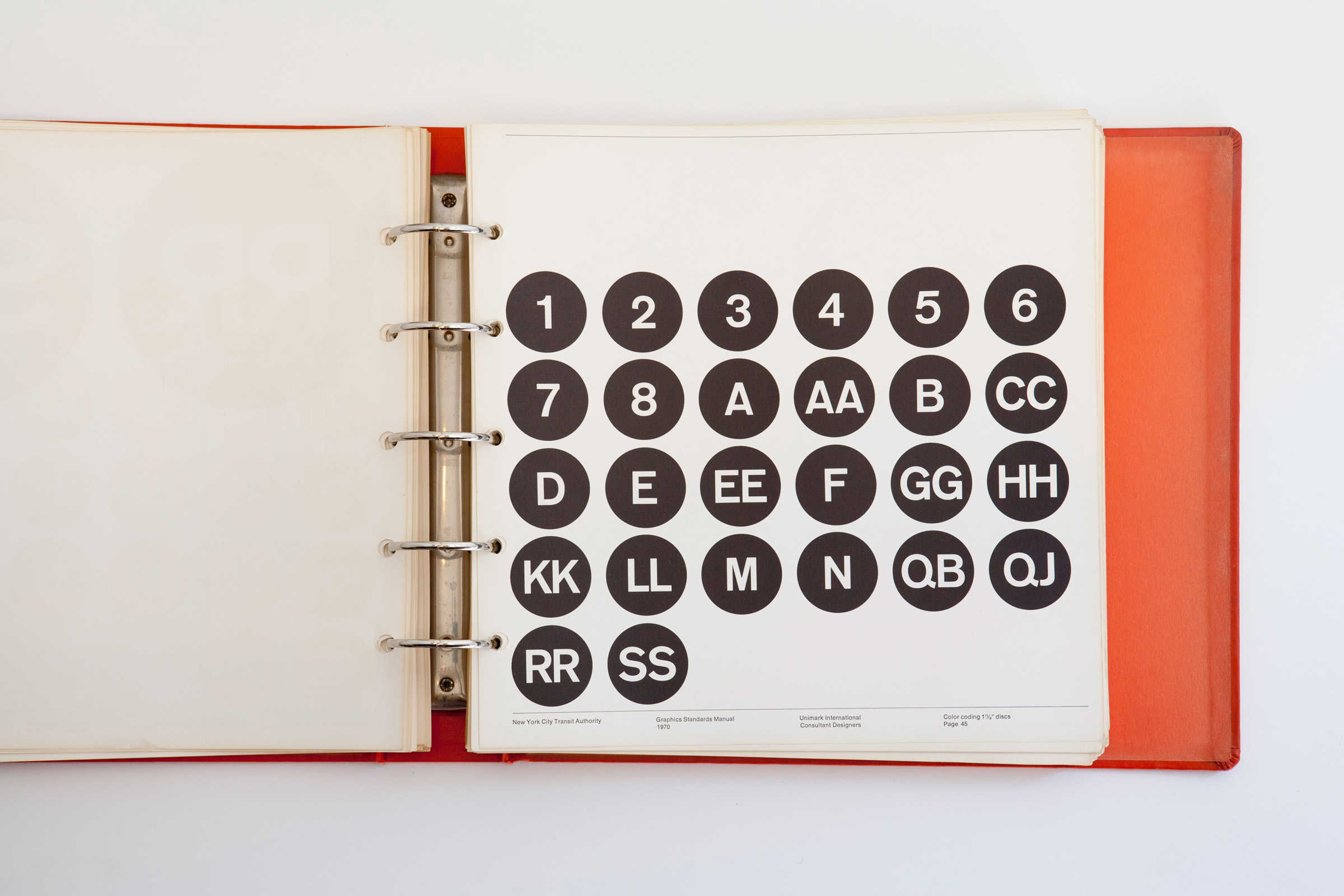 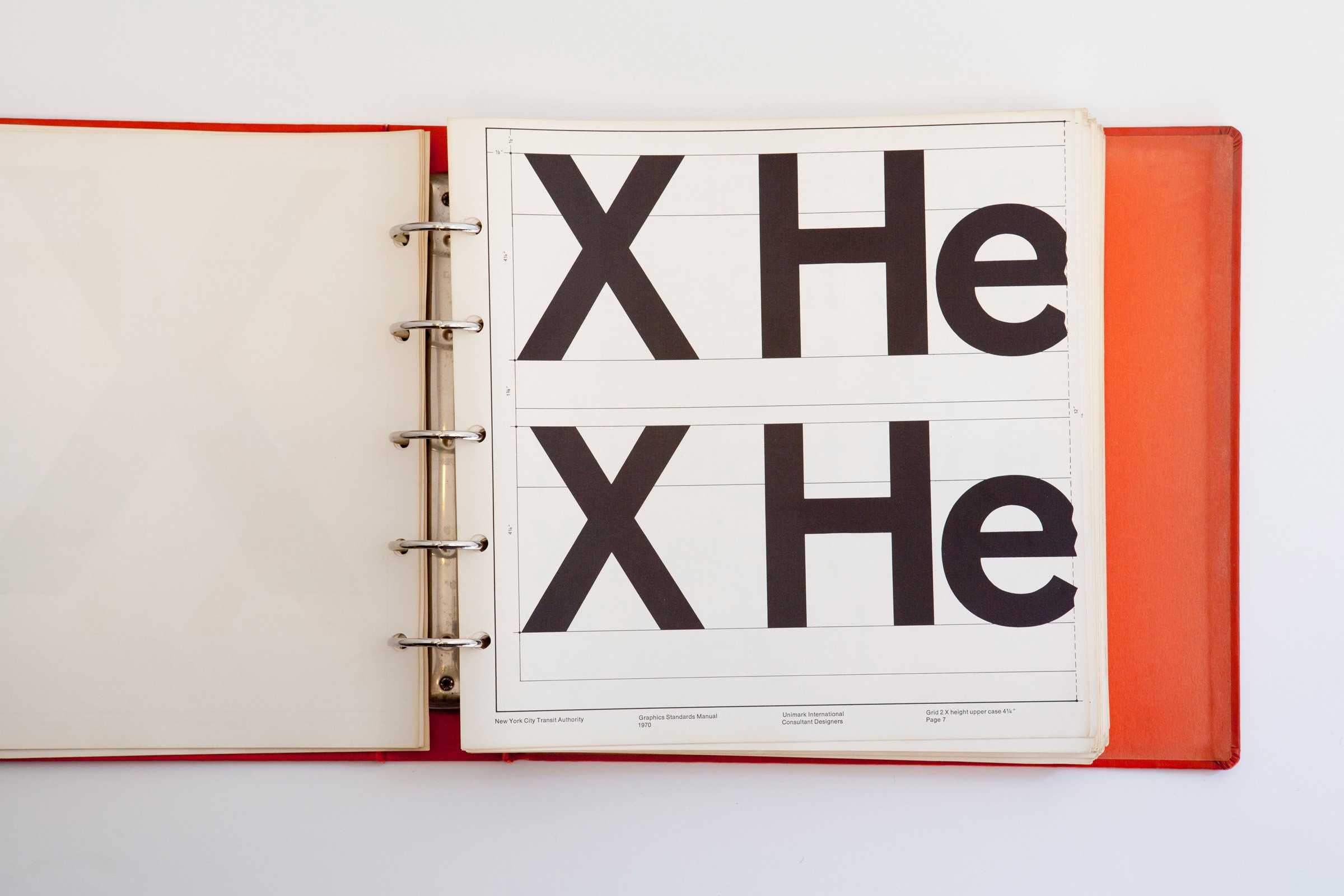 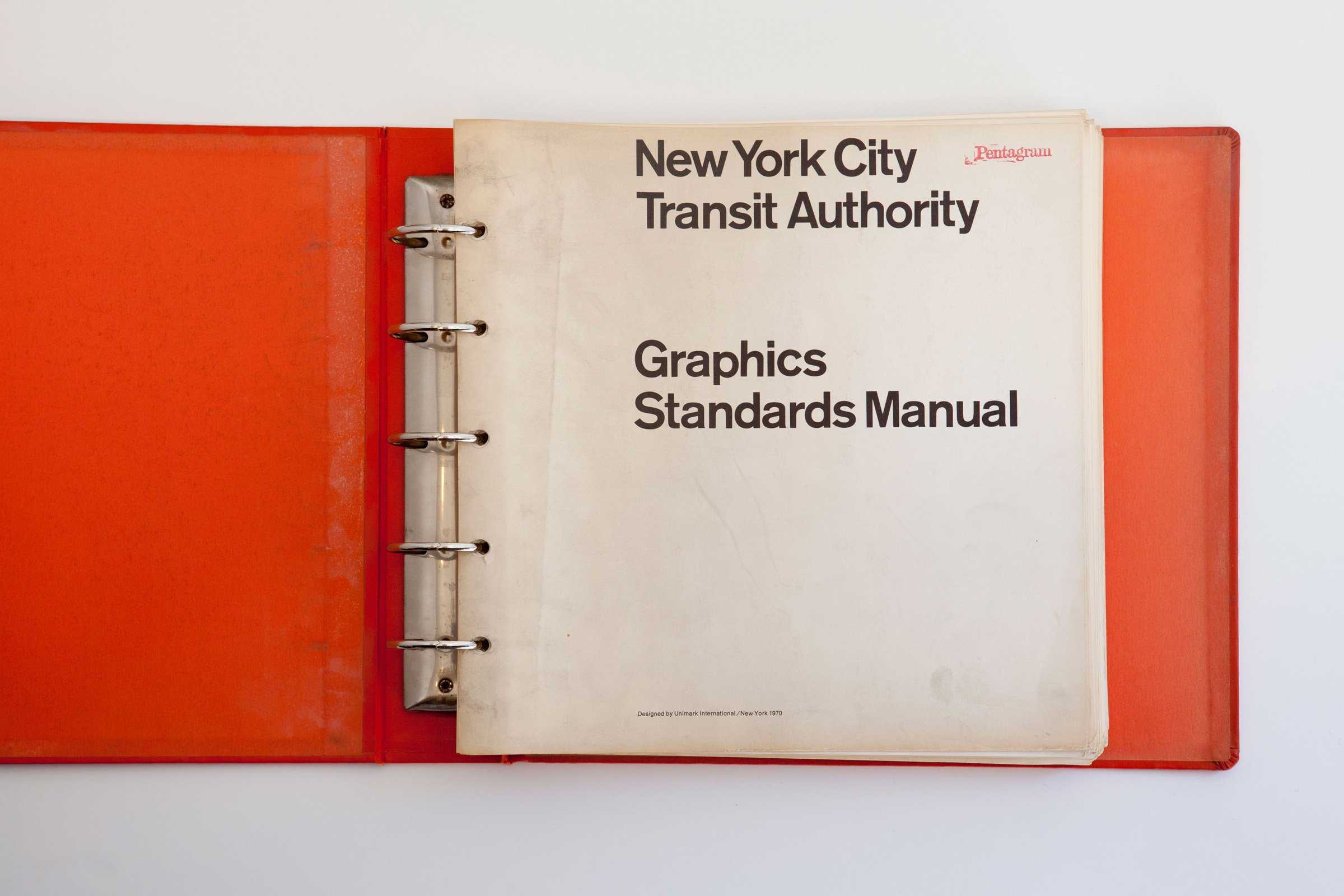