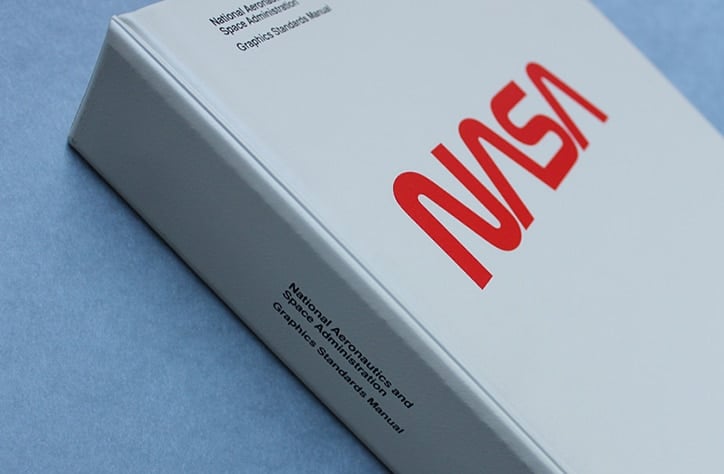 Doesn’t get much better than this. Imagine being able to say you own the complete NASA branding book created by design firm Danne & Blackburn in 1975.

Once something like this surfaces then you can be sure if will end up doing the internet rounds, and these NASA brand guidelines are no exception.

A while back Tim George, who lives resides in London; one of his ex-tutors from college is the proud owner of the original NASA graphics standards manual, and sent Tim some of the photocopied pagesand put them up on his website.

The resulting post spawned a gazillion reposts, including here on The Logo Smith, and back links for Tim, but frustratingly only a handful of pages which left us all wanting more.

Tim has now managed to get his hands on a few more pages of NASA Brand Identity Guidelines—which is not an original copy, but a photocopied duplicate—and has kindly scanned these in as well.

I’m only going to show a few photos as it’s only right that Tim gets the viewings and page visits for his work in making this available to us.

The NASA identity was designed by Danne & Blackburn in 1976 and has to be without a shadow of a doubt one of the most iconic examples of logo and identity design. It’s a real treat to see more pages of the NASA Brand Identity Guidelines. 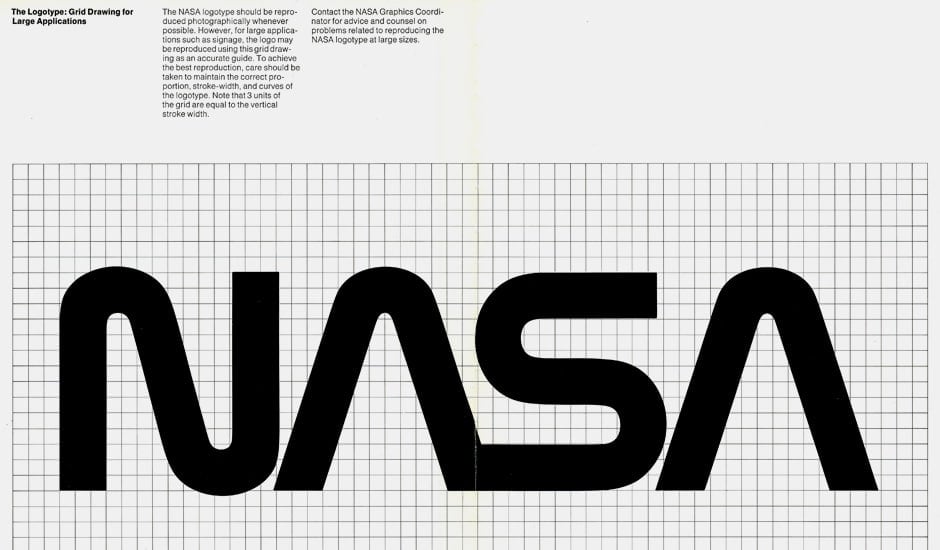 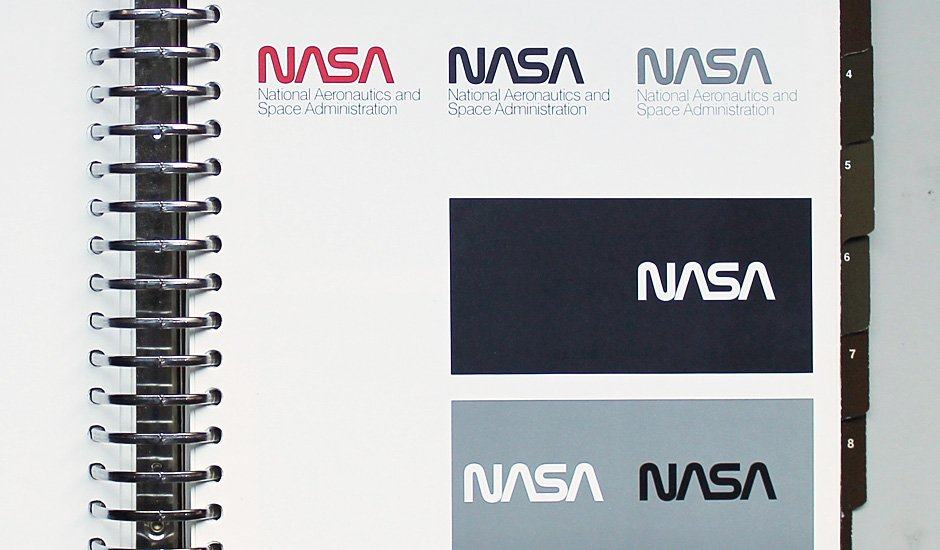 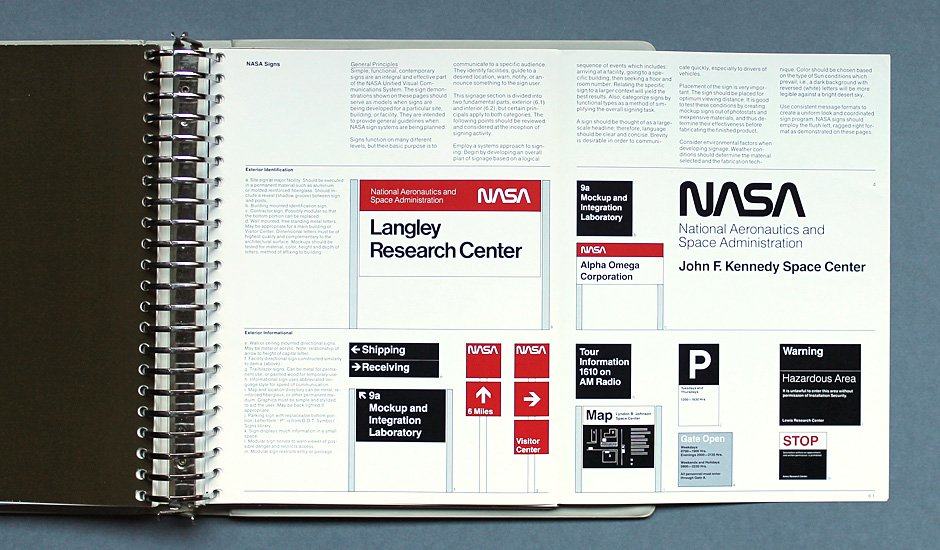 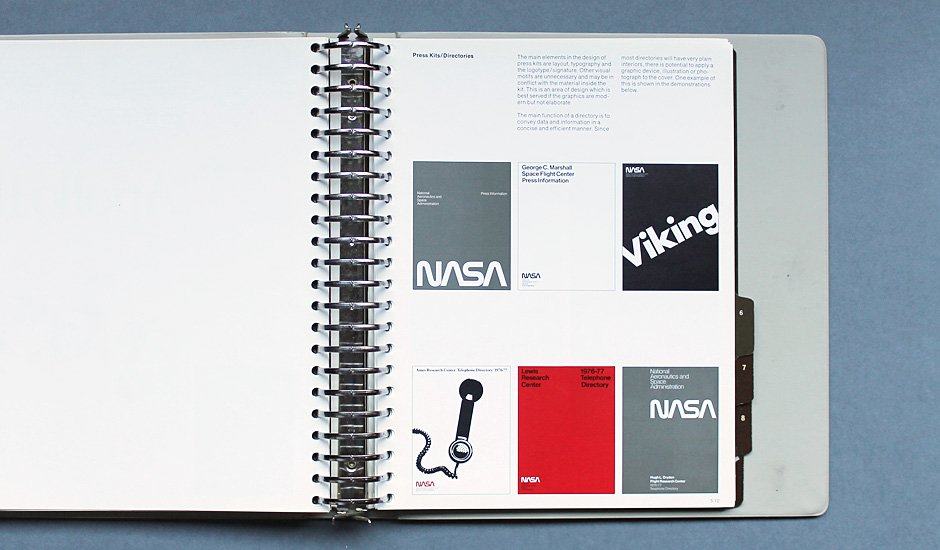 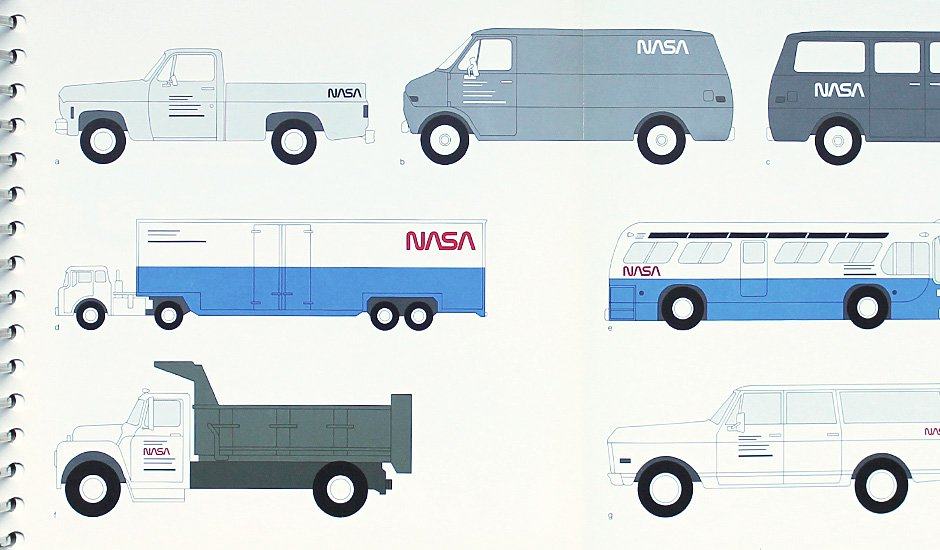 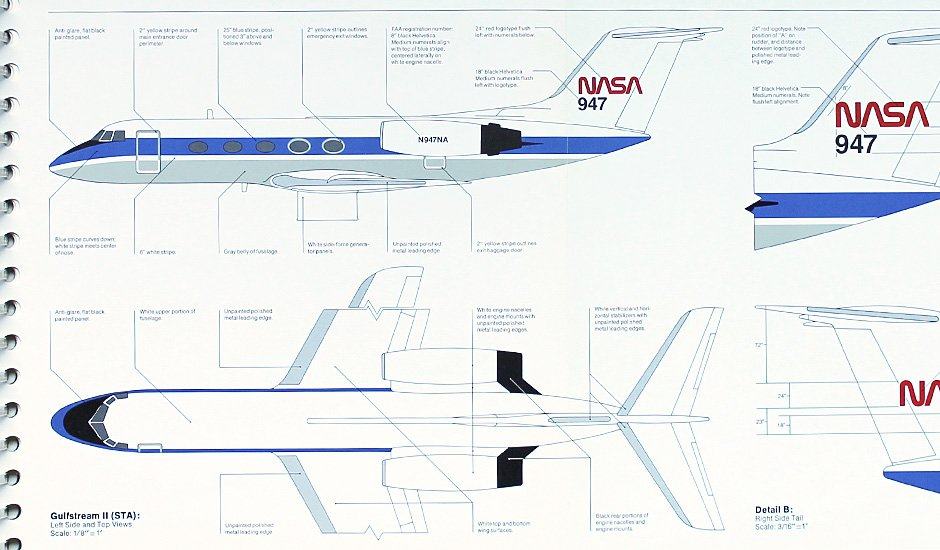 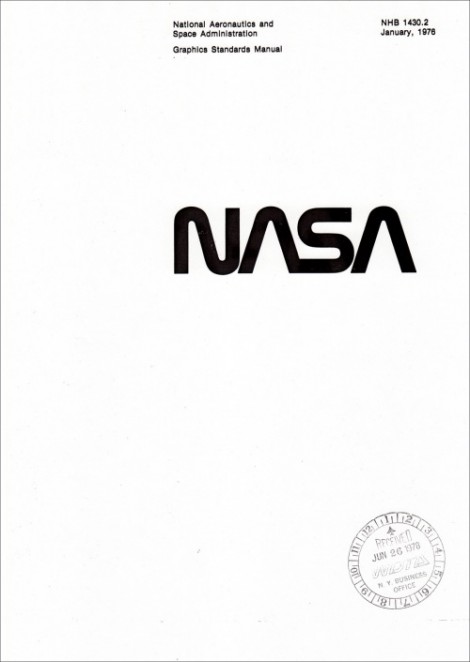 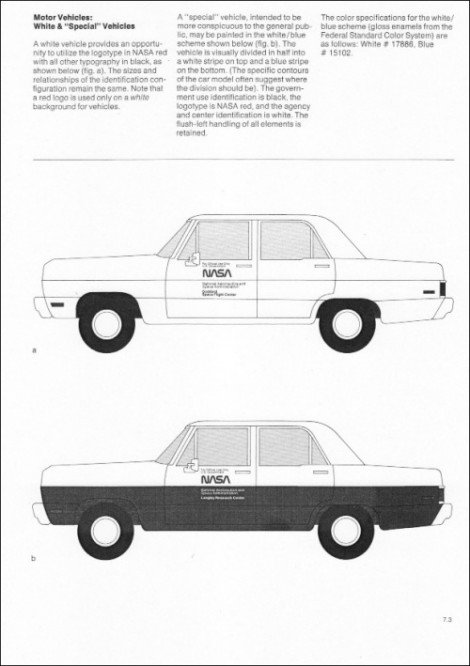 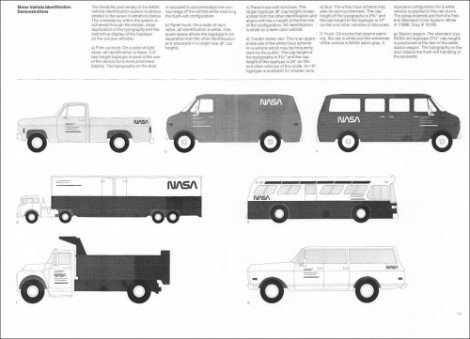 ThisIsDisplay.org where there is a lovely piece on The NASA Design Program:

The National Aeronautics and Space Administration Design Program is a modernist vision for an optimistic future. The logo (often referred to as the “worm”) evokes qualities of unity, technical precision, scientific capabilities and uniqueness. Reduced to its simplest form; the one width, continuous-stroke letters are as contemporary today as when the logo was first introduced by Richard Danne (Design Director) and Bruce Blackburn (Designer) at Danne & Blackburn, New York, NY) more than 37 years ago. How then, in 1992, after 19 years, did such an emblematic design program for a future-oriented Federal Agency be dropped for it’s previous (now current) Insignia (the “meatball”)? What follows is a heartfelt personal account from Mr. Danne on the obstacles and achievements of one of the century’s most important and widely published design programs.

Head over to Tim’s Flickr set as well as his website for a written explanation: NASA Brand Identity Guidelines / Danne and Blackburn, 1976 of how he managed to get his hands on such a beauty.

I have particularly chuckled at the car illustrations.