On first pass it [The Nazi Identity Graphics Standards Manual] seems quite remarkable, but then after a few moments thought it makes perfect sense. No point having a ‘master race’ if you can’t even keep tabs on continuity of appearance.

Steven Heller is the chap responsible for tracking down a few remaining copies of the The Nazi Graphics Standards Manual and has written a thoroughly interesting article on Design Observer.

Design Observer: Designers and design historians told me over the years that they had heard about the existence of a Nazi graphics standards manual. No one could say they actually saw it, but they knew of someone who had. So it grew into something of a Big Foot or Loch Ness Monster tale, until one day I actually saw it too – and it had been right under my nose the whole time.

The Nazis brand may indeed be uniformly distinctive, but for all the significance they placed on graphic design, there was more variety and greater leeway than one might think. Nonetheless, once I determined who was responsible for maintaining the NSDAP brand, it was a bit easier to identify the identity manual.

Download a PDF of The Nazi Identity Graphics Standards Manual

Thanks to a tip from Michal Zadkowski, you can : Download the complete Nazi Graphics Manual as PDF.

If you are interested, Steven Heller has two copies for sale, priced at $695.00. This seems a little inexpensive given the sheer magnitude of the find and it’s potential value to the world. I even find myself pondering over a purchase…

Enquiries should be directed to : USM Books. 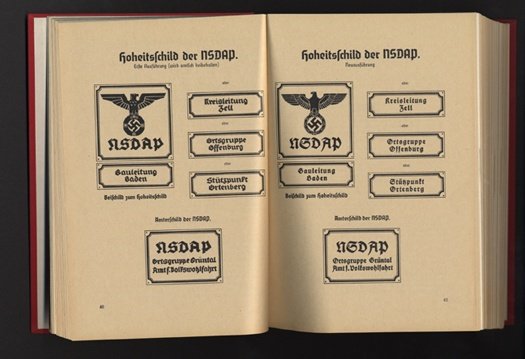 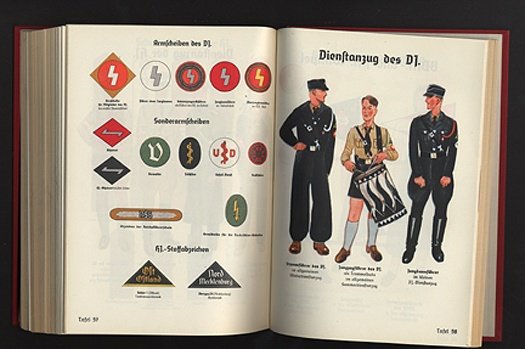 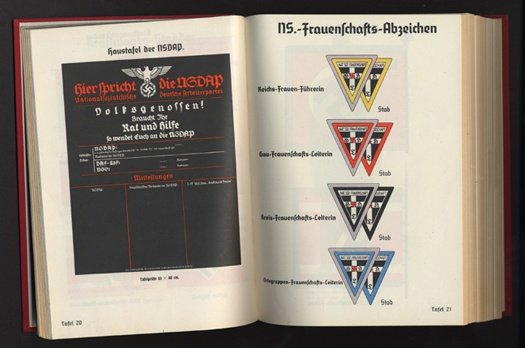