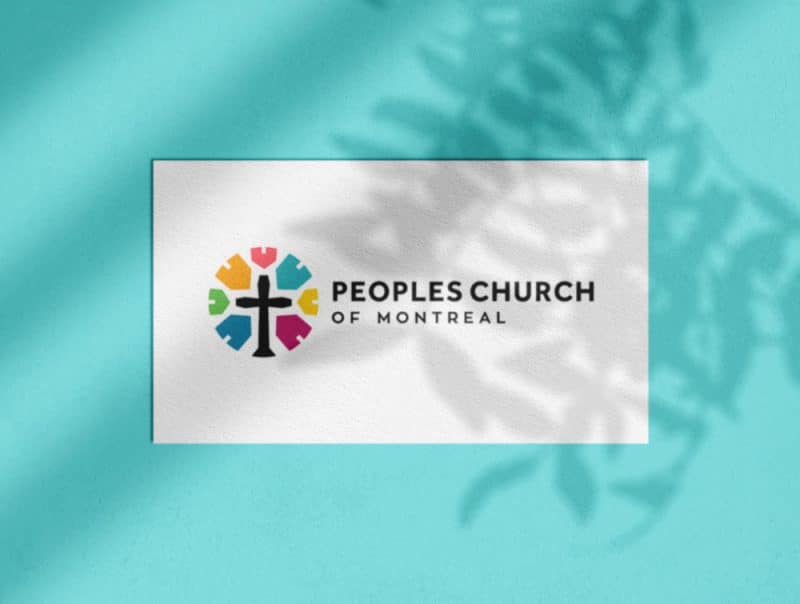 Peoples Church of Montreal Logo Designed by The Logo Smith

The Logo Smith was hired by the Peoples Church of Montreal to redesign their existing logo design to better represent the church and it’s community.

Given that it’s the Peoples Church, I wanted to try and represent a fundamental aspect of The People: where they come from, where they live, but also a sense of community, shelter and connection to the church.

The Meaning of the Logo

Using simple illustrations of houses, I was able to create a strong sense of this belonging and community, but also that people look to the Church to enrich many other different aspects of their lives.

The inward facing roofs of the houses help direct us inwards to the cross, and therefore the church being at the centre, and easily accessible for all.

These are a few screenshots of some of the earlier and a more current Church logo design and concepts that I have worked on for the Peoples Church of Montreal.

It’s great to see how the logo has transformed over the last few months to something that really is quite unique, and incredibly relevant and appropriate for the Peoples Church of Montreal.

The church logo design above is the most recent, and the finished logo is highly likely to be pretty close to what you see now.

As the client has mentioned during this more recent phase:

Testimonial: “We really really liked the concept with the houses pointing towards the cross that The Logo Smith came up with.

It truly represents how the church is family oriented and centred on the cross, while depicting the church as a hub for the city dwellings; it’s just brilliant!

The fact that this logo can be adapted to be a badge as well is really amazing.

We can’t thank Graham enough for the unique reimagining of our church logo; it’s far better than we had ever hoped for!”

This church logo design also gives a nod to a famous landmark in Montreal, the Mount Royal Cross.

You can also see then in chronological order over on my W.I.P (Work In Process) Project Stream.

Please note that all designs, concepts and ideas are the sole © Copyright of The Logo Smith, and any unauthorised use, or adaption of any of these designs, is not permitted without my express permission.

About Peoples Church of Montreal

Peoples Church of Montreal was founded in 1938. A group of dedicated Christians, from a variety of denominations, whose core beliefs were centered on the authority of the Scriptures, had been meeting regularly for a few years under the guidance of the Scripture Testimony League.

Their meetings were held in the former First Baptist Church, located on the corner of Sherbrooke and Union Street, the present location of Peoples Church.  On March 24, 1938 following a successful two week Evangelistic Campaign conducted by the Rev. John Linton, a number of area businessmen met with Rev. Linton, expressing the desire that he come to Montreal to start a new church. On June 6th a telegram was received with the following message:

“Have mailed letter today accepting call. Regards, Linton.”  Rev. John Linton was the Pastor of Peoples from 1938-1940. Since that time there have been nine other senior pastors including the longest serving, the Rev. Francis G. Humphrey, PhD., whose tenure began in 1978 and continued until his retirement in 2013.

Other Church Logo Designs by The Logo Smith