What could be more cooler than seeing some NASA Animated Logos for both the Worm & Meatball logo.

The first one of the spinning Worm logo is from 1977, but not sure about the 2 below, presumably from around the same time.

If you visit the Internet Archives, you’ll likely come across a lot of other great vintage NASA stuff, so certainly worth poking around for a bit. 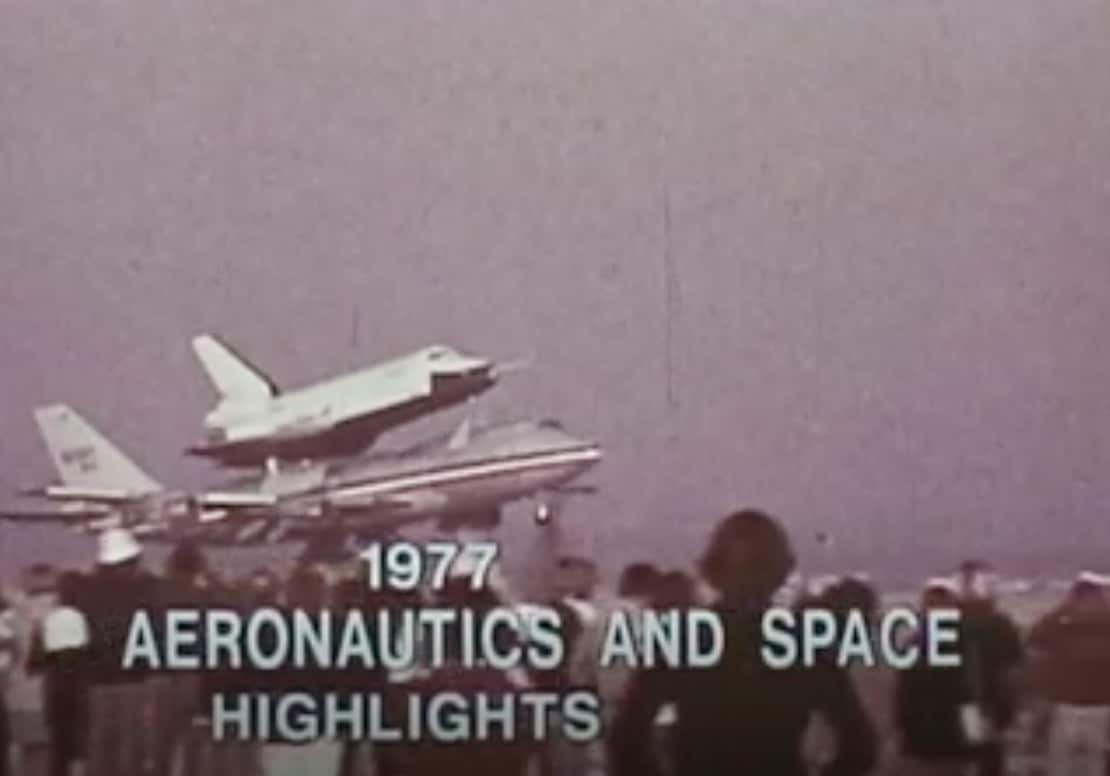 If you DO visit Aeronautics And Space Report 1977 then you’re in for a treat!

NASA’s annual report of its projects including the Space Shuttle, the Voyagers, Landsat, aeronautics, Spacelab, HEAO-1, and energy research.

There’s a super cool video of the Space Shuttle Enterprise aboard the two of the 747 (screenshot above), which is just skin tingling to watch, and it’s around these archive pages that I found the next 2 logo animations.

The following 2 NASA animations I found via the Internet Archives under the title, “Aeronautics And Space Report 1977”

Then there’s this one animated NASA logo: For a while, before I posted this, I actually thought it was a genuine NASA production, but turns out it was created by a Redditor, going by the user name _Charlie : I designed this retro-futuristic NASA logo animation