The Logo Smith designed a new Brand Logo design for Damien Hottelier, a Swiss attorney-at-law who practices family law and enforced collection, back in 2012.

The logo mark is comprised of the initials D, H and to a lesser extent, a lowercase a for ‘avocat’, but this was more by chance than intentional.

Putting both the D and a together allowed me to utilize some negative space to represent Damien’s surname, Hottelier.

I was able to design a neat, compact and symmetrical logo mark and monogram for Damien, which all falls nicely within the confines of a square, so ideal for social media and other online uses.

Now, Damien Hottelier is a client who appreciates the importance of communication, and also providing valuable and well thought out feedback.

Damien first provided me a glowing and detailed Client Testimonial back in 2012, soon after the project was completed.

Some 8 years later, I reached out to Damien to ask him if he would kindly copy and paste his original client testimonial to my Google Review page, as I’ve been trying to build up my Google 5-Star ratings.

Damien went one better, and came up with a completely new testimonial based on having lived and worked with his logo over the last 8 years.

I would like to start with this most recent testimonial and 5-Star Google Review, then lead onto the hugely detailed testimonial that he gave me back in 2012.

Also like to note that in recent years, Damien has since dropped his name and wording on the original logo, and simply uses this logo mark (Monomark) for all uses and applications, as you see in the screenshot of the Google Review he left for me.

“Client Testimonial Damien Hottelier: When you are independent and you create your logo, be prepared to see it tens of thousands of times.

Almost 8 years later, the logo created by The Logo Smith hasn’t aged a day. It is still beautiful, modern, representative, reaps compliments and contributes to a strong brand image.

I remember a complete creative process, done by a committed person who really tries (I’ve seen so many who don’t understand the meaning of the word) to understand your needs.

More: he succeeds and all the values you wanted to communicate are expressed by the logo.

If you are looking for a talented designer, don’t hesitate for a second. Choose him. You won’t regret it.

You will live with his creation, which you will see throughout your professional life. 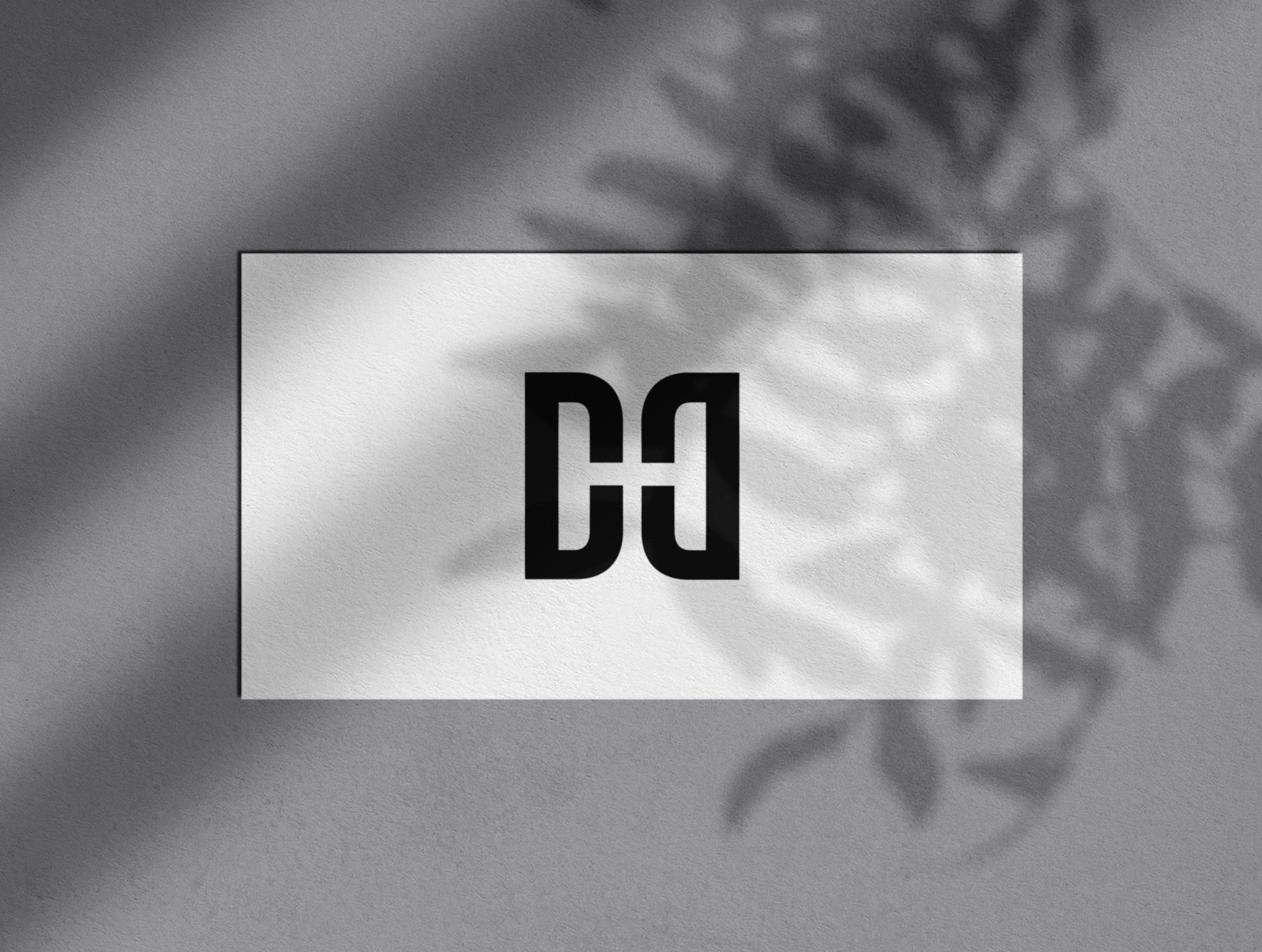 “Client Testimonial Damien Hottelier: I must say Graham, that your logo helped me a lot. This is a logo for me — it’s a monogram. Although I am now a partner, it became part of my very own identity.

I also filed it as a trademark — the logo will follow me all my life. Without knowing me personally, you managed to create a logo in which I truly recognized myself.

This is something very intimate, but it’s very important when you will market yourself later.

Damien then carries on with his testimonial, which I’ve simply indented rather than style as a QuoteBlock…

Before going further, I think it is necessary to explain what is meant by ‘logo’ in this client testimonial.

It is not a monogram or a symbol manufactured from scratch, but simply the written name of a lawyer created without going beyond the simple settings of Microsoft Word.

In general, any visual identity is achieved by a (true) specialist and not by any old friend with a pencil, someone ‘who really knows how to draw’.

Swiss lawyers, small practices in particular, do not tend to use a logo. In general, it is difficult to distinguish visually between two practices in the same area.

I know an example of two practices (in Lausanne) who have almost the same template and heading, only the names are different!

However, there are plenty of reasons to distinguish between practices. Above all, it is a question of making a brand – just like any industry, a lawyer must build a reputation among his clients, or even a brand.

A very individual visual identity is a means of encouraging others to memorise the brand.

We are all different. Beyond each individual’s capacities, our levels of judgement in conflict, our specificities in writing, our ways of working, our specialities, everything distinguishes us.

Taking note of these differences is a foundation of the profession: they evolve and produce the fruit of very different talents in the approach to the job.

A logo reflects your image. That of an independent lawyer differs from that of a big practice. A « neopath » lawyer will not be the same as a conservative one. All these reasons do not mandate the use of a logo, quite the contrary.

They show, however, that the use of a visual identity in no way impairs the image of the lawyer, whether it be the person or profession.
However, embarking on getting a logo may prove risky: very bad graphics undoubtedly cause harm to the image of the company.

I had one from the beginning – to be honest, I did not like it at all. I had contracted an american graphic designer, but the result was far from my high expectations. Graham Smith, designer of the new logo, even used the term « train wreck » to describe it.

After a few weeks, I decided not to use it. It expressed none of the values expected from a law firm, much less mine.

So, I made contact with Graham Smith, the freelance logo designer behind The Logo Smith.

Beyond the inescapable fact that I love his work and visual options, I chose him for several reasons:

He is not part of any agency, but independent; An obvious knowledge of his subject; Recognition of his peers; In my opinion, a brilliant portfolio; A sufficiently high price, which guaranteed me the artist’s investment; Outgoing personality.

Graham took a few months to deliver the fruit of his thoughts.
I will not reveal the first drafts, but let me tell you that I was very pleasantly surprised.

The collaboration with him was perfect: he always there to listen to my remarks, and was patient enough to explain to me (on Skype) every time I was wrong.

A word on the price. Even for Switzerland, the cost is quite high (about 3000 Swiss francs all in all, or around 2500 euros).

It was enough for me to postpone my request several months. But the end result was worth every penny. An identity like that follows you for your whole life, making this price rational.

The final logo. I love it!

It includes great little details, which need not be mentioned here. Let me just tell you that Graham lets nothing out of his studio until everything is absolutely perfect. A monogram as well as a name.

The logo includes a monogram (D, H and A of « avocat », or « lawyer » in English. I let myself be convinced by this bonus point, mostly because I find it brilliant. Just try to create an equally aesthetic monogram with the letters D, H and A…

Because it is essential that it can be placed anywhere, I needed a « square » icon. The monogram has this advantage. So I can use it in all web services. Soon, it will be printed on my envelopes.

It will be included on the visit cards, like those of Sifter, also made by Graham.

Once again, it’s Graham’s support after delivering the logo. Priceless!

I can only say one thing: I am delighted with my new visual identity. With the price in mind, the result was definitely worth it.

The image has fully conformed with my intentions and I couldn’t have dreamt for better.

If you need to use a logo specialist’s services, I would strongly advise you to go with and hire The Logo Smith. In my opinion, it is one of the best freelancers in the sector.

You did a good job. Truly.
Damien