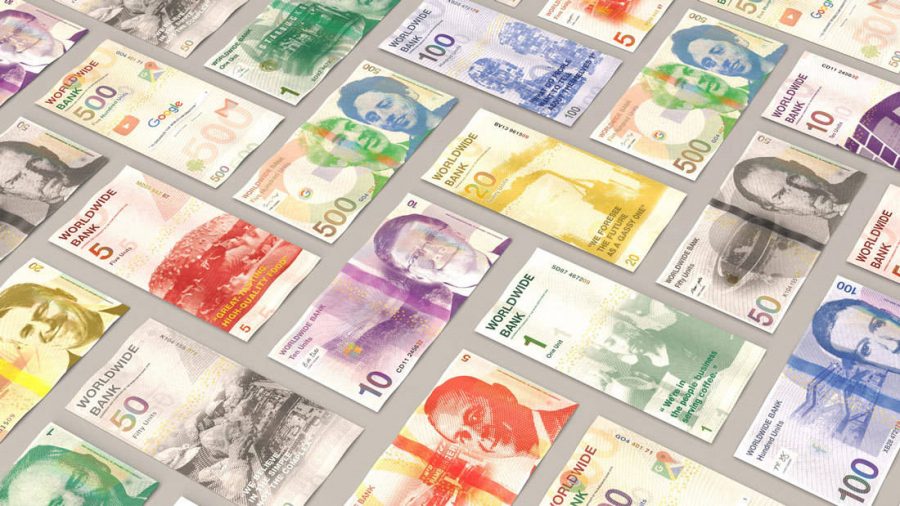 Brand Currency: If BIG Brands had their own Bank Notes by Jade Dalloul

As part of her Art Graduation Work, Jade Dalloul took it upon herself to design Brand Currency, for some of the worlds biggest brands.

Given the monumental growth and power of some companies, and the people running them, like: Amazon, Apple, Tesla, etc, it’s not too far fetched an idea to think they might one day become ‘more than a company’, but an actual state, or heck, even running the world even…

Well, maybe a little far fetched, but not completely impossible given the state of the world and some of the larger countries, or more specifically, their leadership.

Anywho, back to Jade’s branding project. Pop over to her portfolio, and check out the rest of the Brand Currency examples…

Jade Dalloul: For few decades, we were told that State has to be modernized. The Welfare state is exhausted in front of the crisis, and the economic mutation, the idea of its poor management has grown. With the rise to power of companies’ directors, the step is taken.

What would happen if companies become States? In this case, could companies issue their own currency?

Therefore I took brand’s missions statements as if they were states Mottos, used the picture of companies’ founder as if they were intellectual and political figures, and displayed up strong brand icons the same way regimes had highlighted ideologies. Doing so, I also tried to root legitimacy of these brands in putting places related to their history, like the first gas pump for Shell, or the new Apple campus.

I have also imagined this currency with worldwide influences, displaying both vertical and horizontal reading directions, the same way the Venezuelan bolivar and Swiss franc do.

Eventually I chose the uniform scale derived from the US dollar bill for all units and used the same ratio width/height originally found in the Euro.

I have as well make sure to respect the raster process and the complexity against counterfeiting. 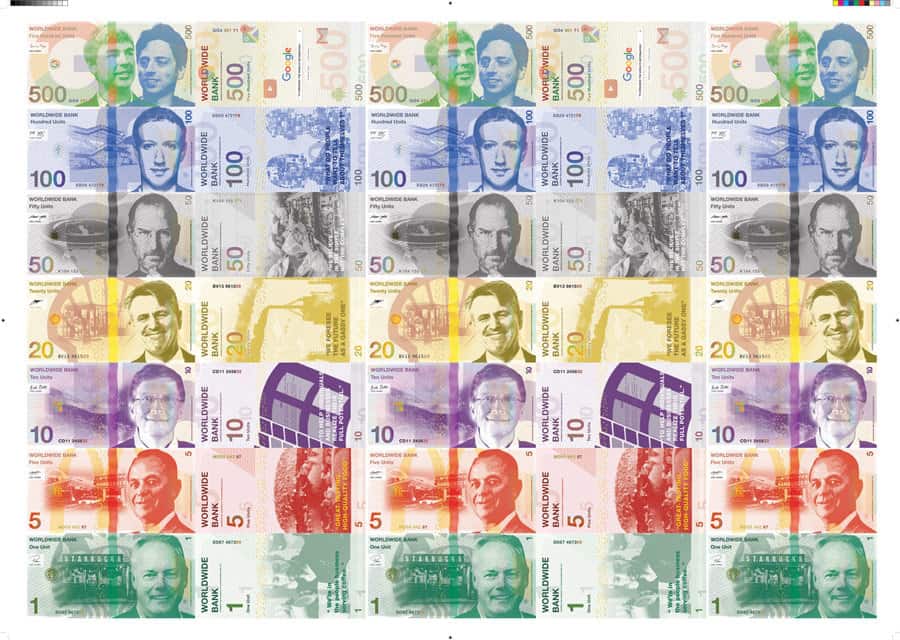