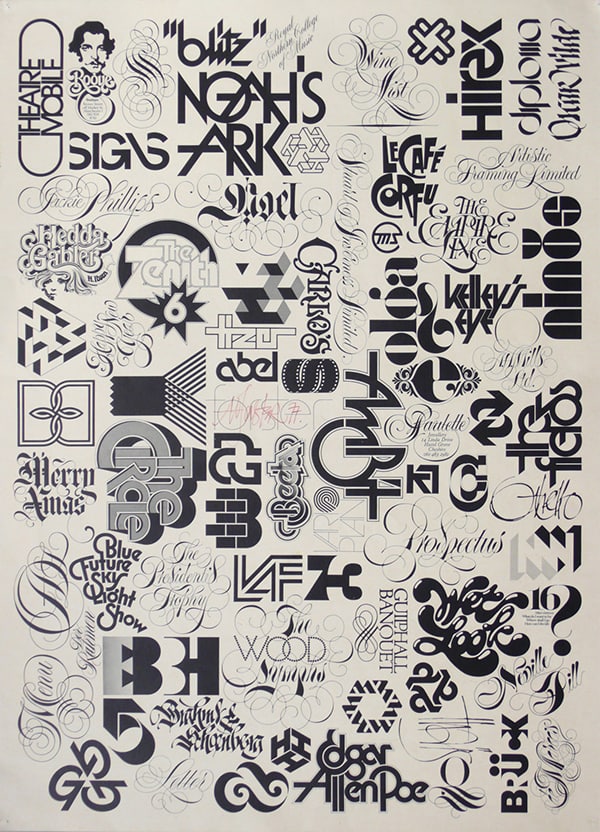 The Beautiful Logo and Lettering Design of Tony Forster

Found the above Promotional Poster-1977 on Tumblr the other idea, and it was a good reminder of the late and super talented, Tony Forster (1941—2008).

It’s not a name that often rings many bells, and I can’t even locate a Wikipedia page, which is a real shame.

However, you’re likely to have some of his Forster’s work, even if you didn’t know the designer behind it.

David writes: “Tony Forster was my lettering sparing partner. He lived in Tyldesley outside Manchester and was a few years older than me. I looked up to him and he always inspired me, in fact he was far better than me. Of all the lettering designers around at the time: DiSpigna, Carnase, Larcher, Rousselot, Grimshaw, for me he outshone all of us. Unfortunately he died aged 57, far too young, as did his younger friend Paul Grimshaw who died before him. I always think of Tony as the Fred Astaire of letters, he could tango, waltz, boogie-woogie, lindy-hop, fox-trot with his pen. He is is the unsung hero of graphic design.

Tony Forster was born in 1941 in Warrington, Lancashire. He didn’t have any formal design education, but started work at sixteen as a junior designer at Artel Studios in Manchester. He had a long association with Keith Murgatroyd, forming FC & M Design Partnership with him and Wendy Conibear in 1976 and becoming a director of Royle/Murgatroyd Design Associates in 1980. He went on to work as creative director at Drawing Board in Manchester until 1995, and was also very committed to education and taught for many years at Bolton In 1997 he reformed his design practice, working from a studio in his house in Tyldesley, Manchester.

The work of Tony’s that I will slowly add below are enhanced from very faded photostats that Tony sent me up to 40 years ago, hence a certain loss of line quality or blackness.

Here are some of the lettering and logo work from Tony’s talented hands. 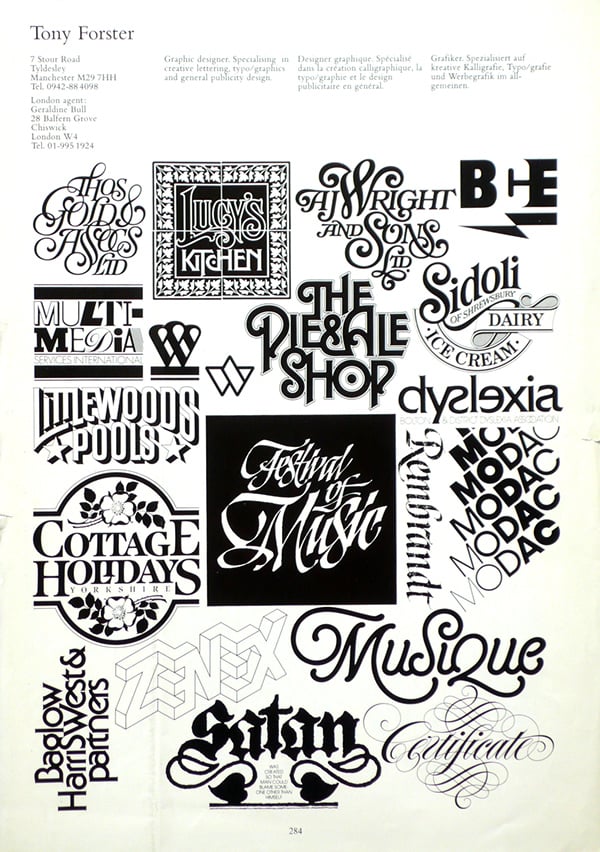 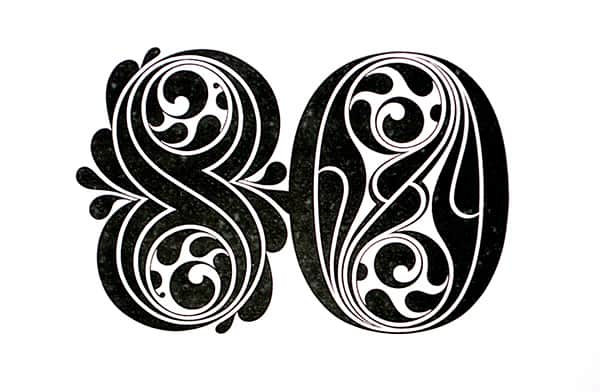 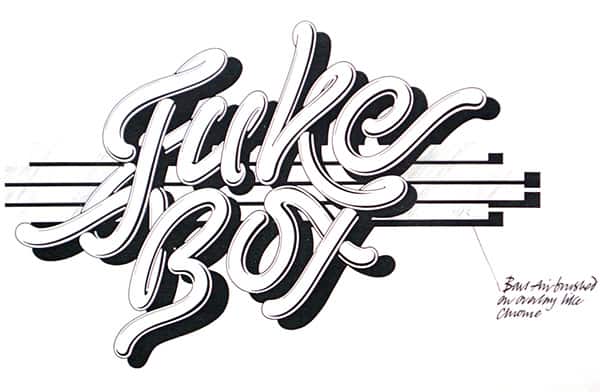 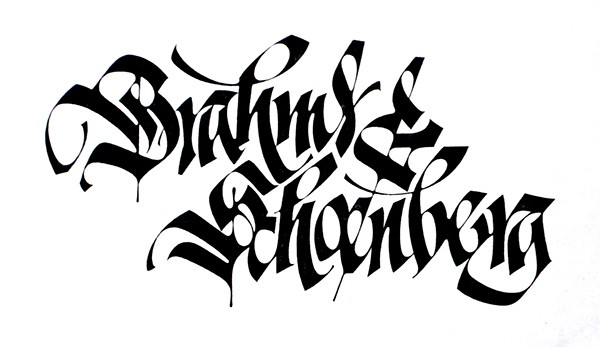