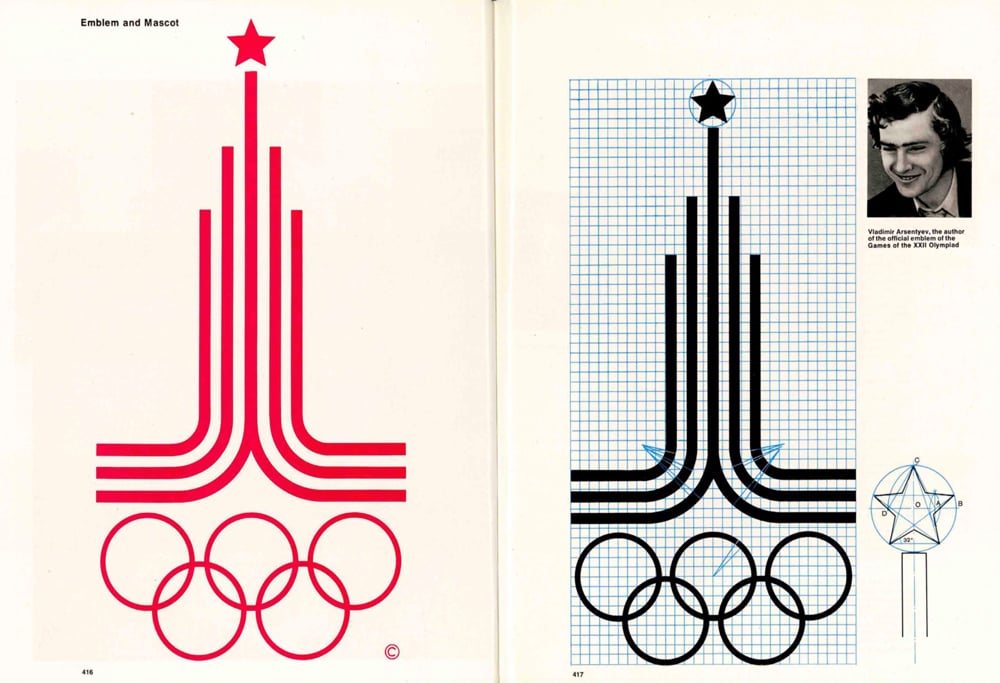 The 1980 Moscow Olympics Logo Grid, designed by Vladimir Arsentyev, consists of “a section of running track, rising into an architectural silhouette typical of Moscow, the Olympic emblem of five intertwined rings of one color, and a five-pointed star topping the silhouette.”

I’ve only just stumbled across a significant high resolution online book of the 1980 Moscow Olympics Logo and Brand Guidelines, but it’s coming in at a whopping 533 pages.

Additionally, this is perfect example for a vector recreation of the logo grid, so I’ll be doing that sometime soon; much like the recreations for the Tokyo Olympic and Montreal Olympic logo grid.

Grab my RSS if you wan’t to be updated when I update this post with more info & more images in due course. 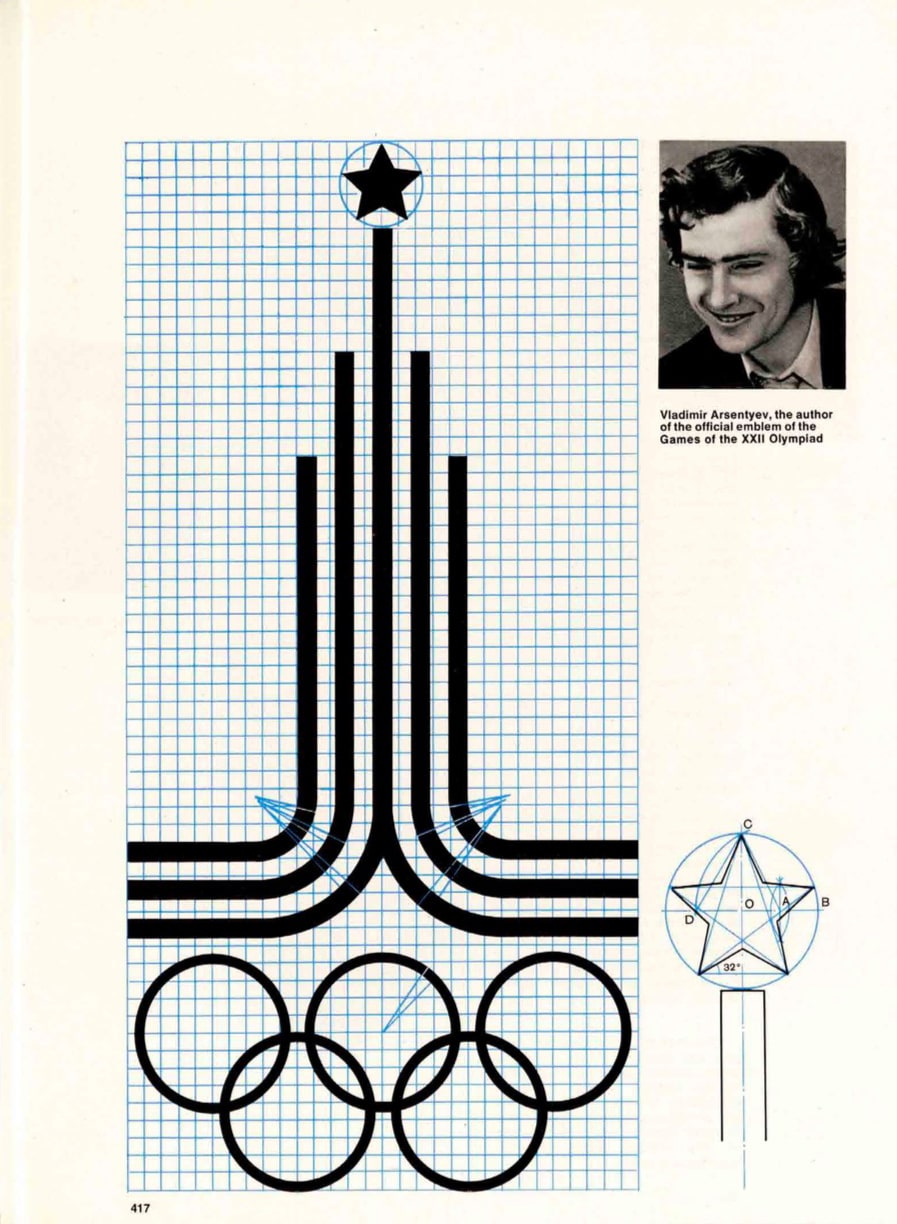 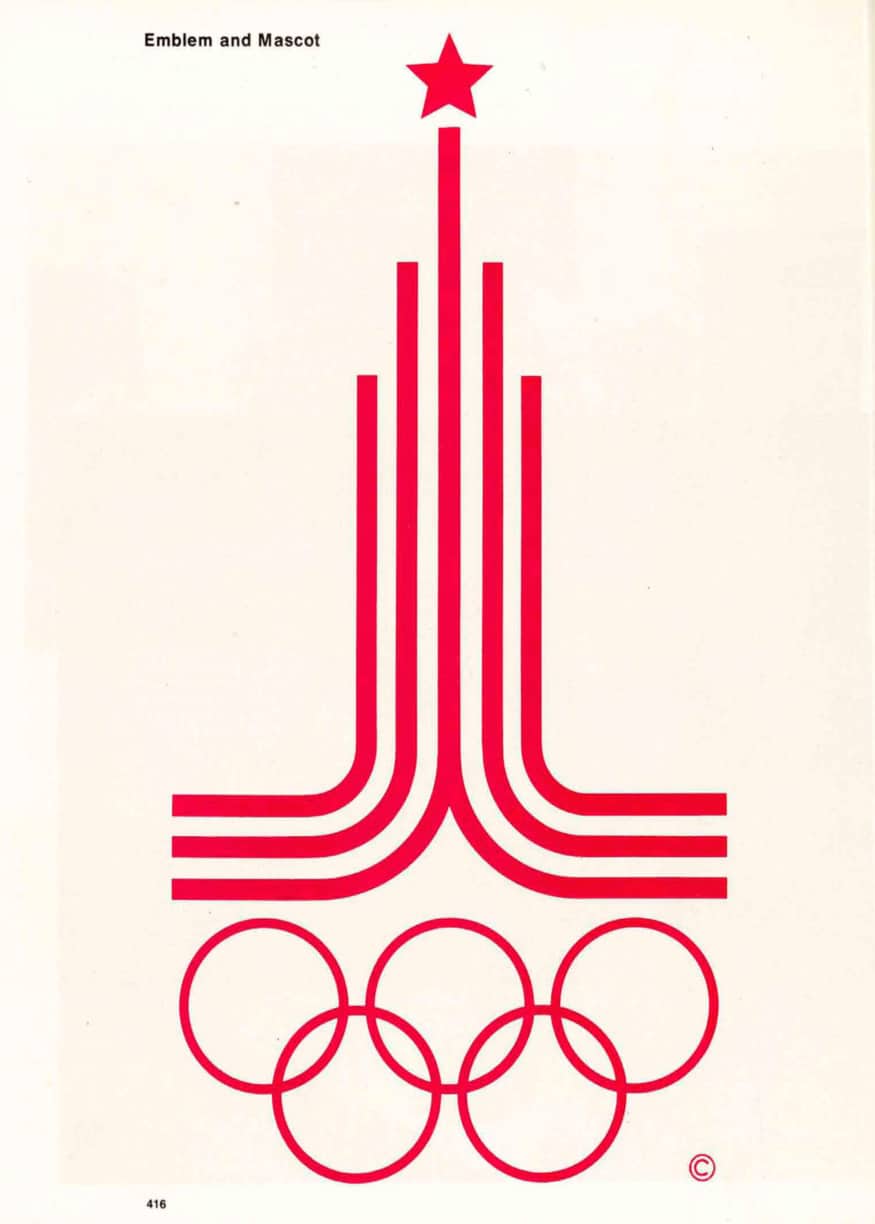 Games of the XXII Olympiad, Moscow, 1980 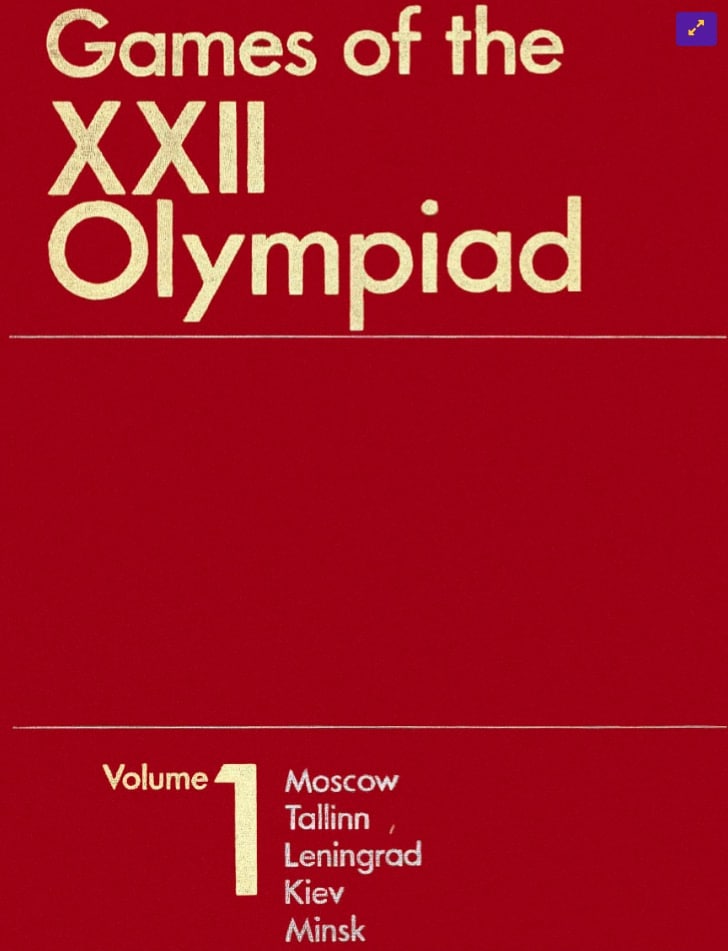 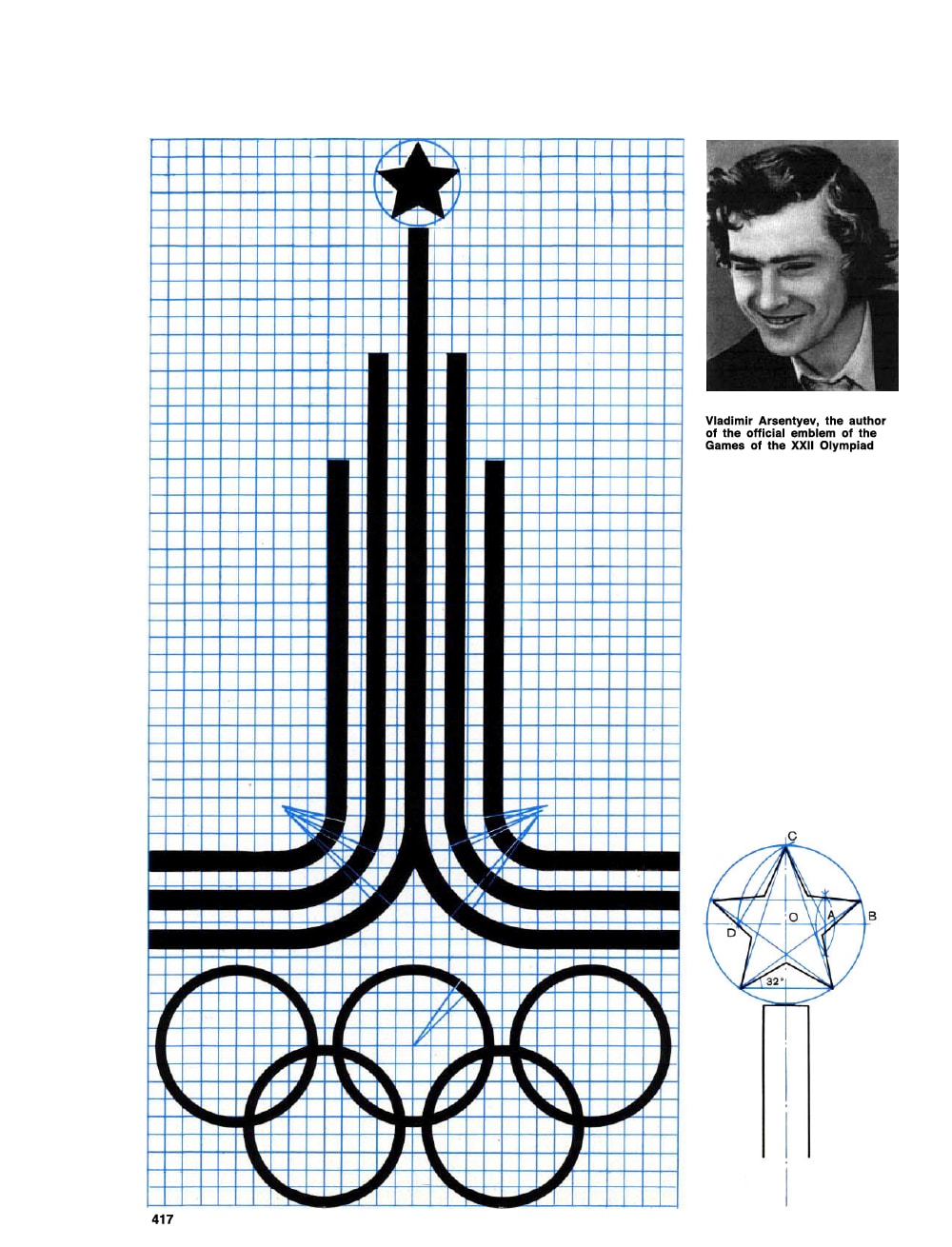 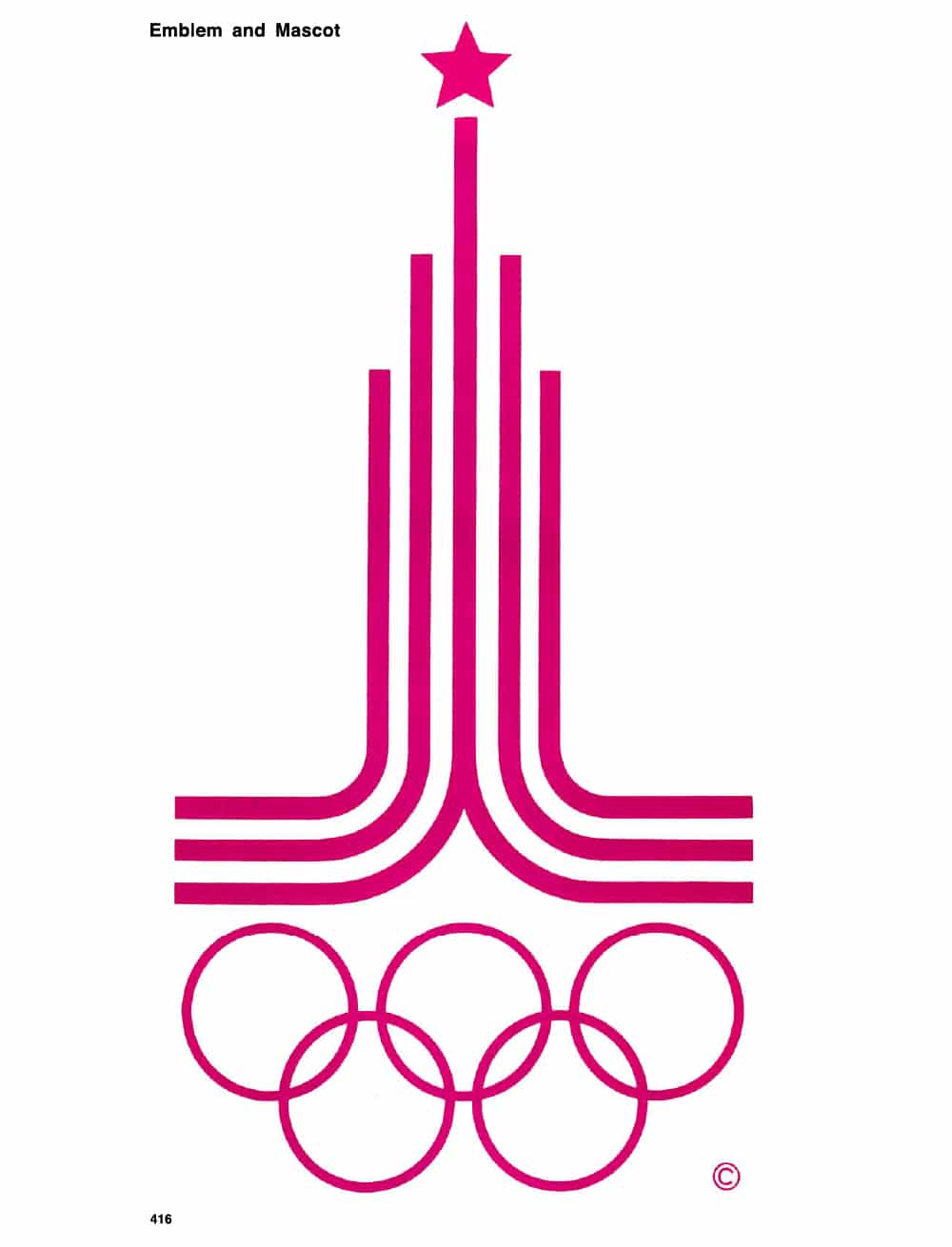 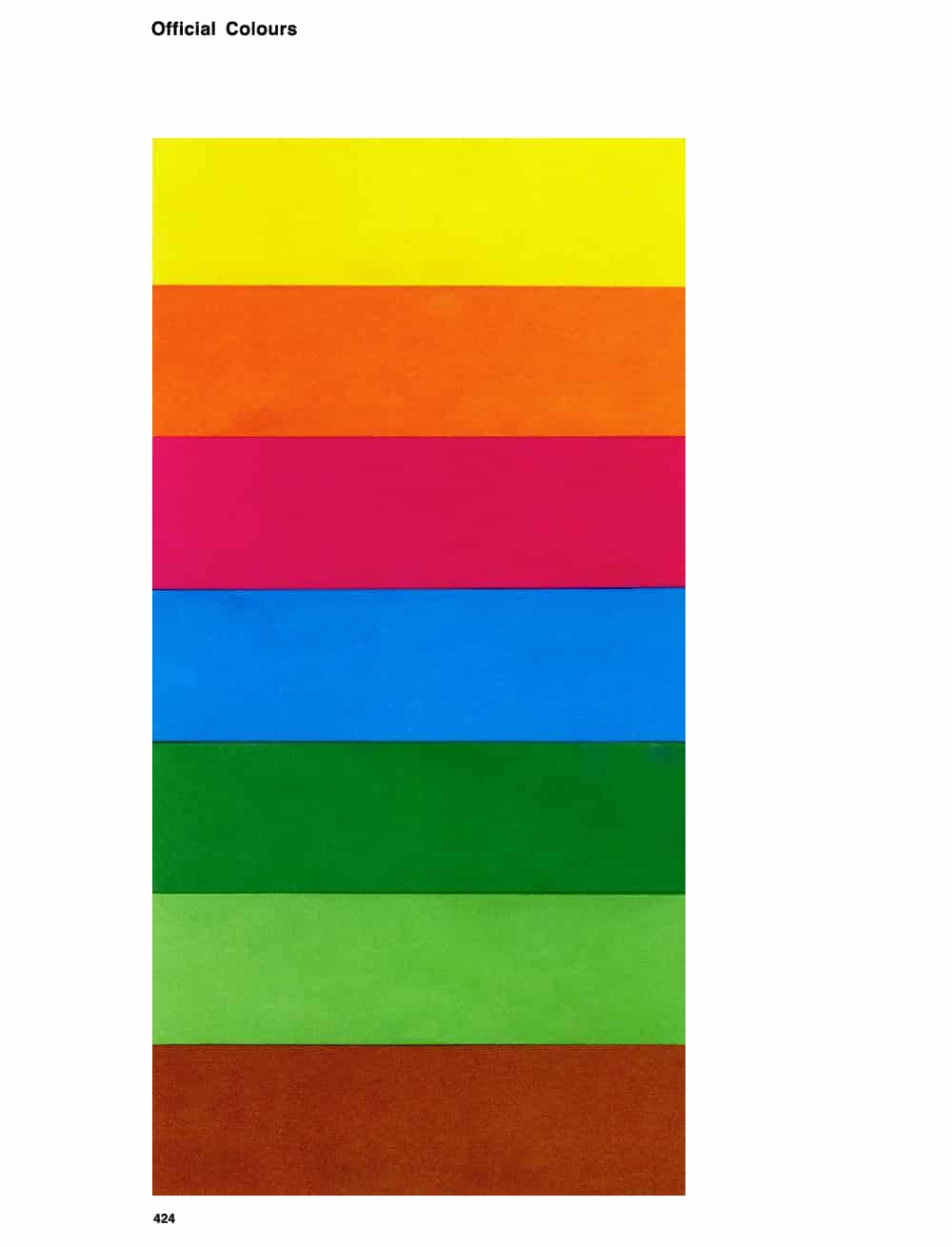 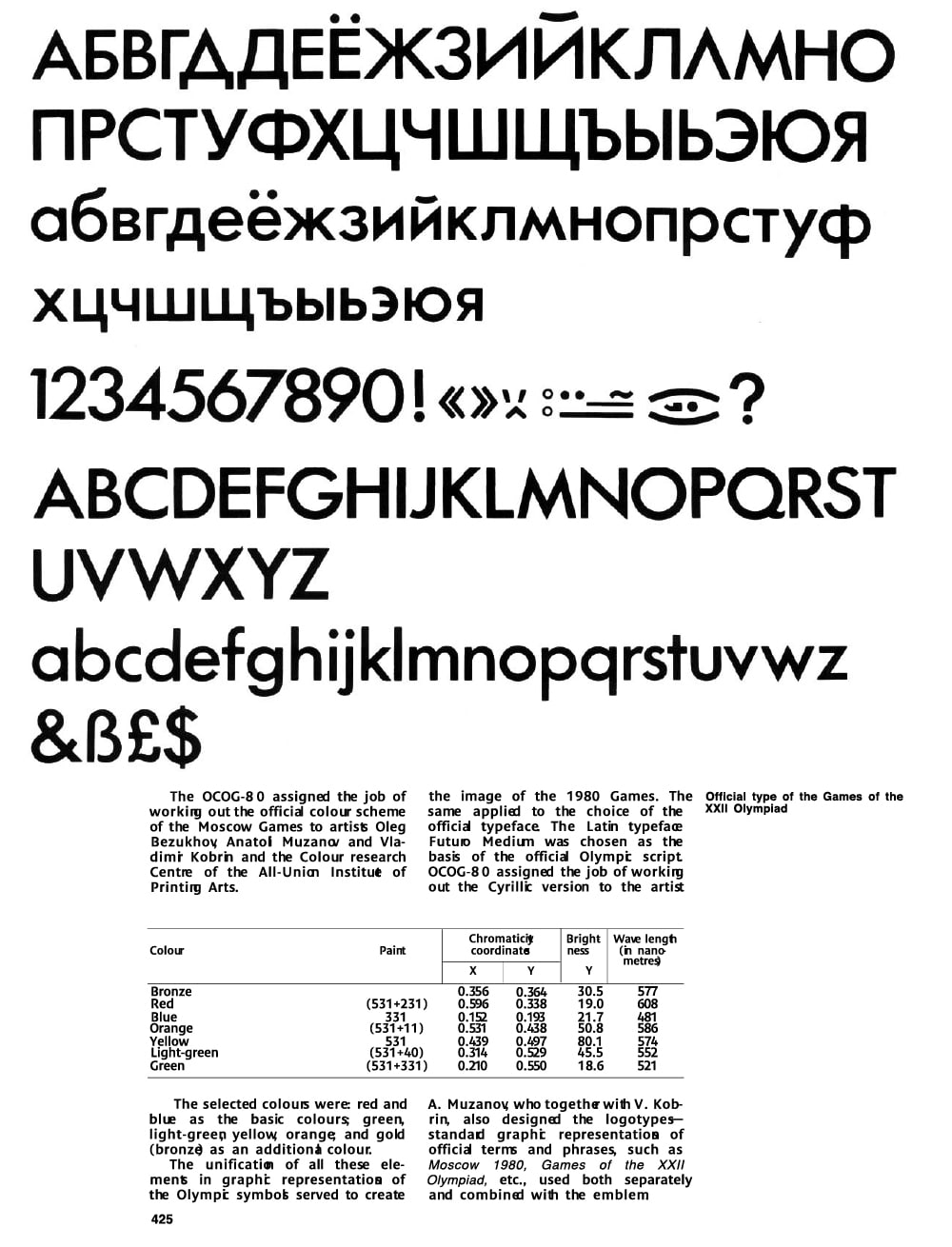 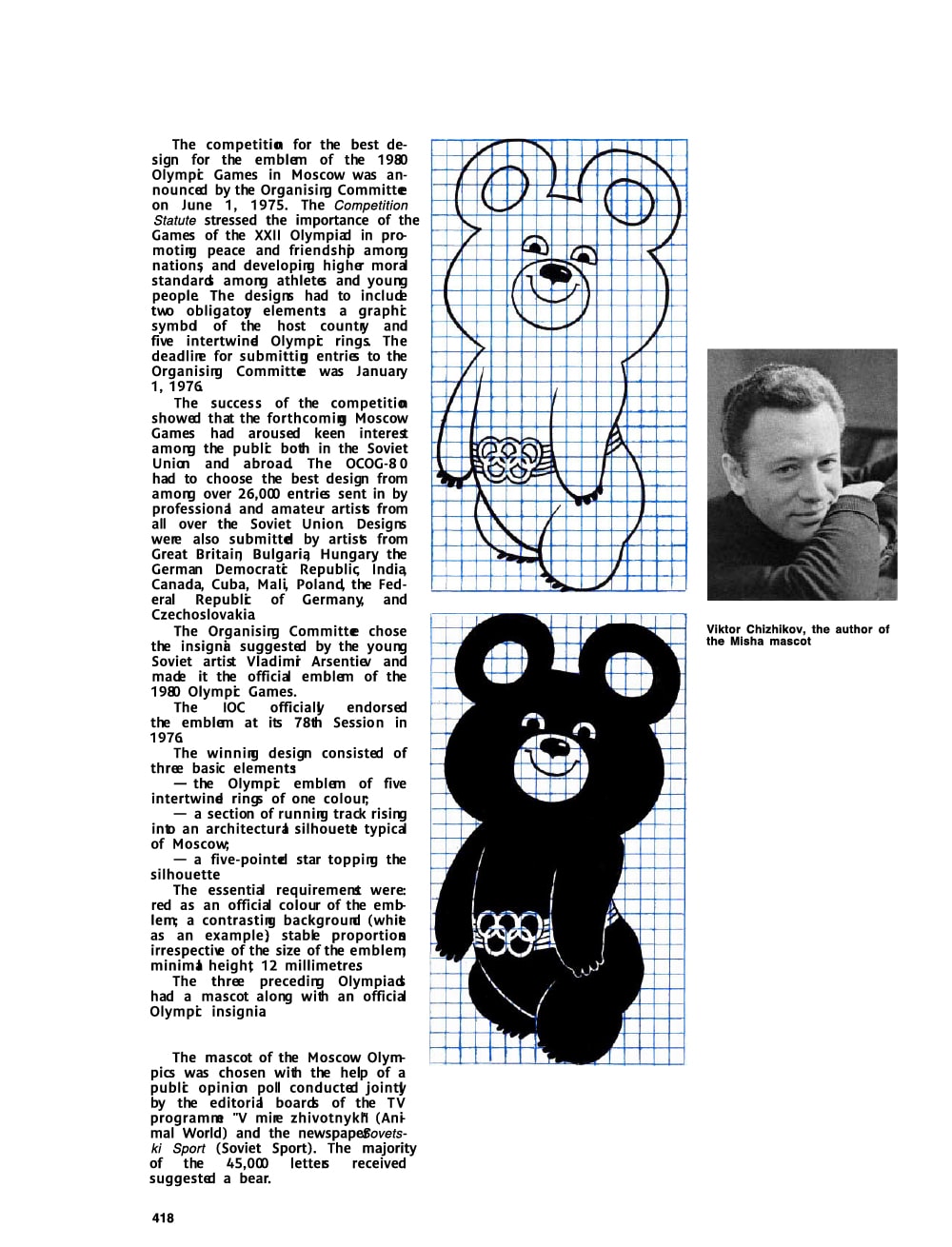 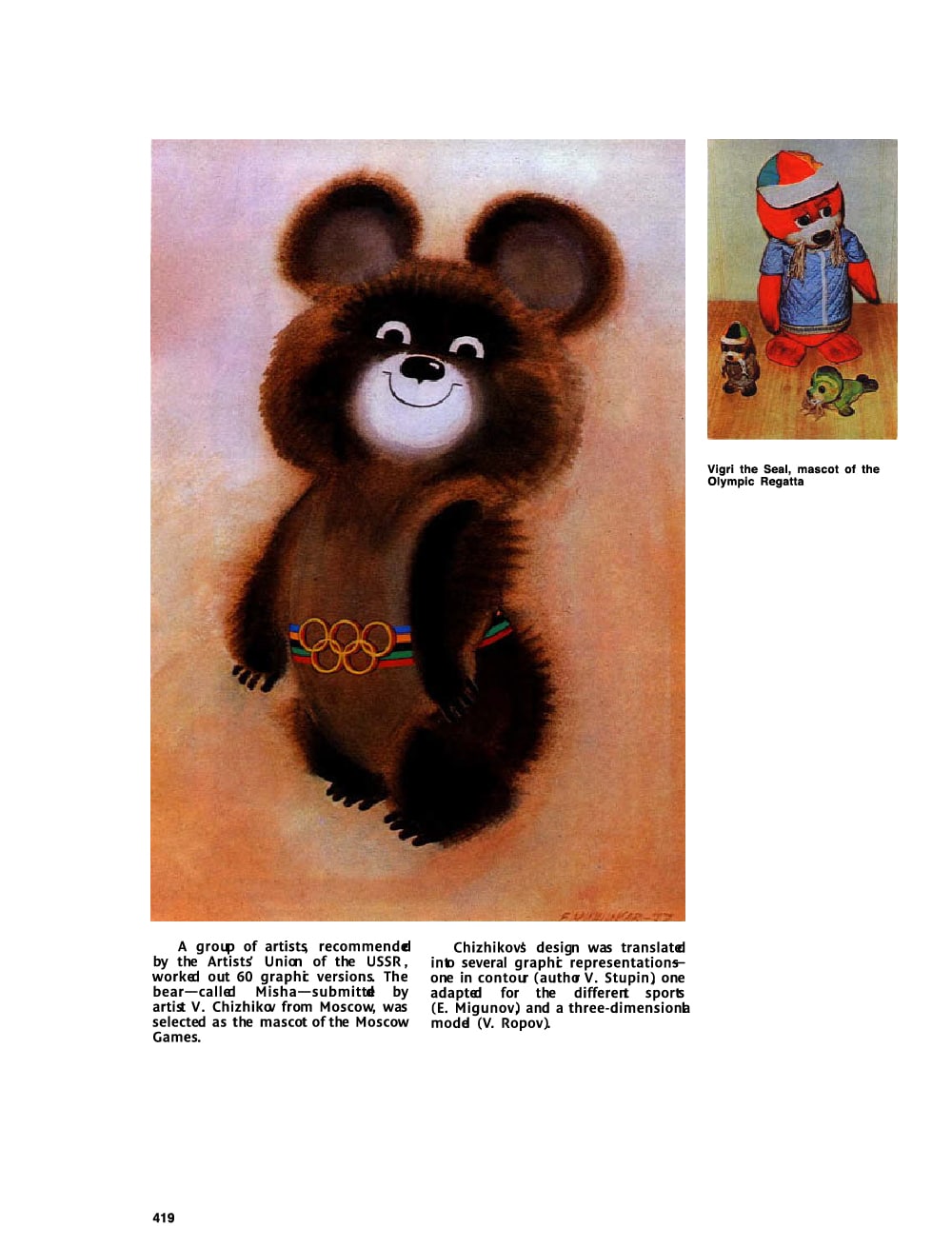 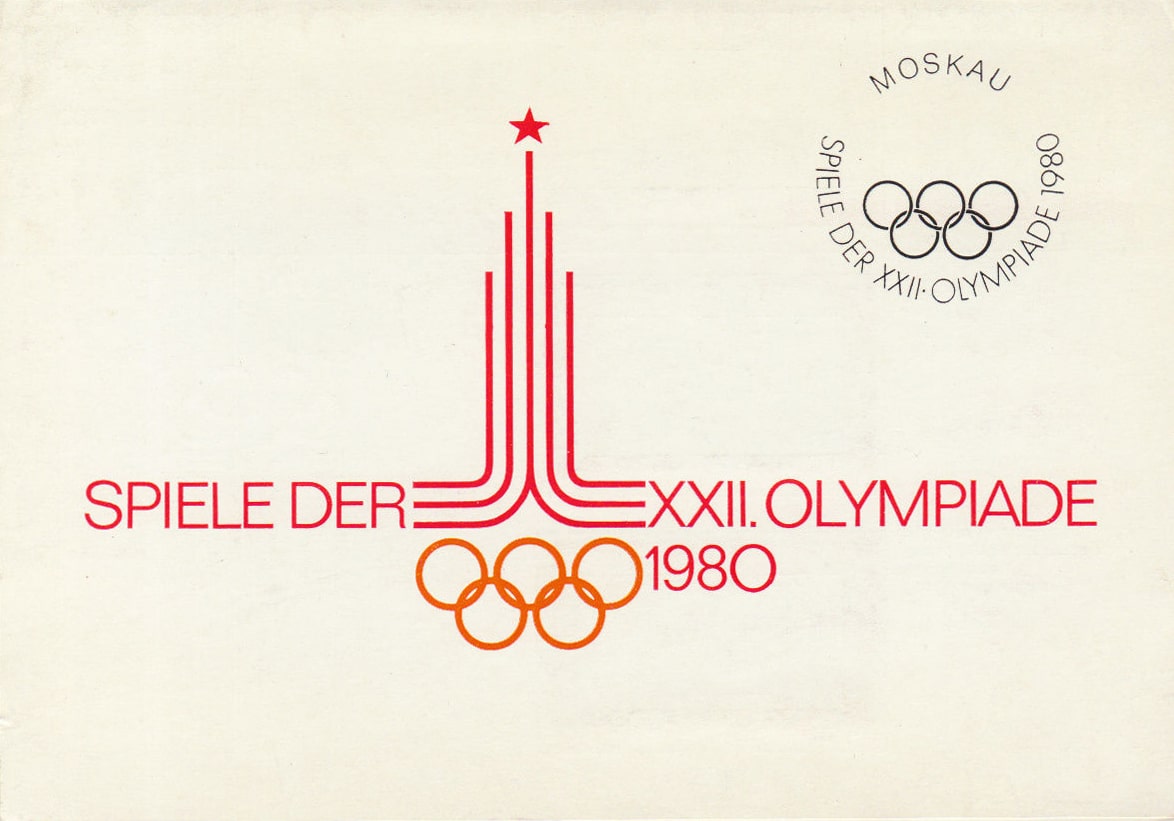 The 1980 Summer Olympics aka Games of the XXII Olympiad

The 1980 Summer Olympics, officially known as the Games of the XXII Olympiad, was an international multi-sport event held in Moscow, Soviet Union, in present-day Russia.

They were also the first Olympic Games to be held in a communist country until 2008 in China. These were the final Olympic Games under the IOC Presidency of Michael Morris, 3rd Baron Killanin.