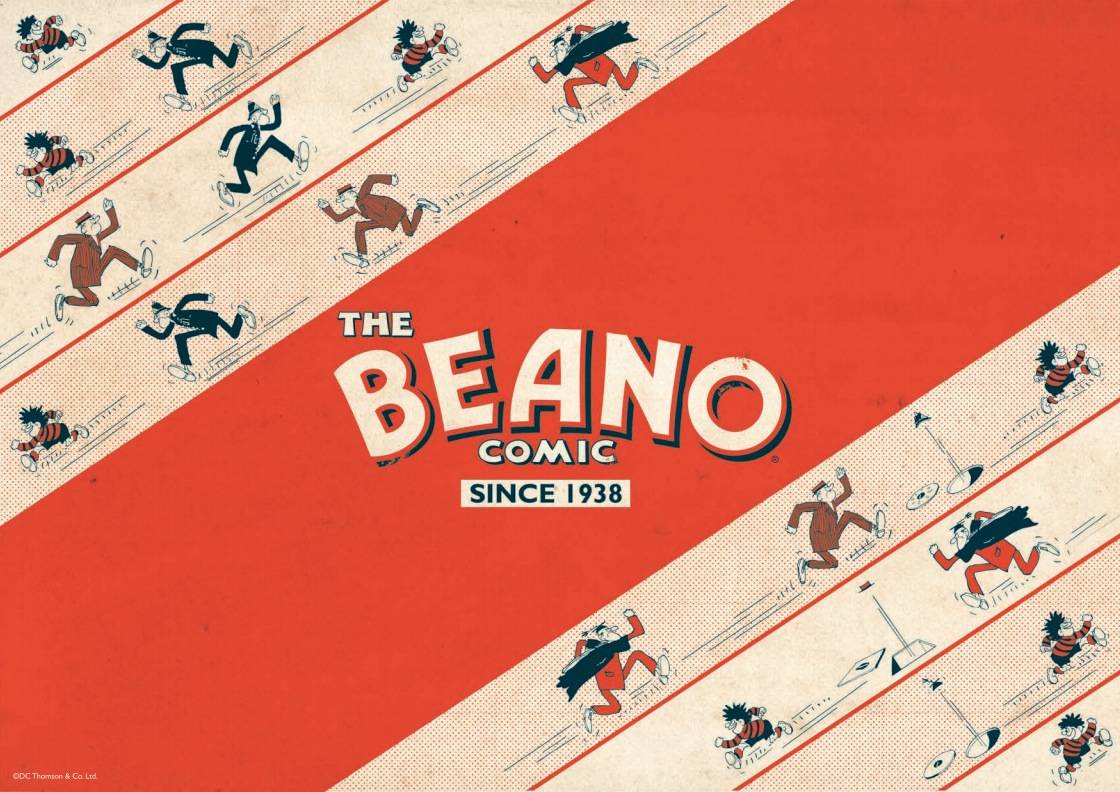 Theses vintage Beano Brand Guidelines, by Wayne Hemingway, is a serious flashback to some sweet childhood memories! I was an avid Beano reader, and was a member of the Beano fan club with some cool dudey membership items that I can’t properly remember now.

Although the notion that I’d be a graphic designer way back then wasn’t yet permeating through my cortex, I was drawing and painting on long rolls of Dad’s wallpaper backing, and often trying to copy various comic character strips.

I forgot the joy and excitement waiting for the next Beano just drop through the door with my Dad’s newspaper, such excitement.

It’s simply magical to see these Guidelines, designed by Wayne Hemingway surface on the web. I have pulled out a few of the pages from the Beano PDF which you can view in full over on Design Week’s Beano post 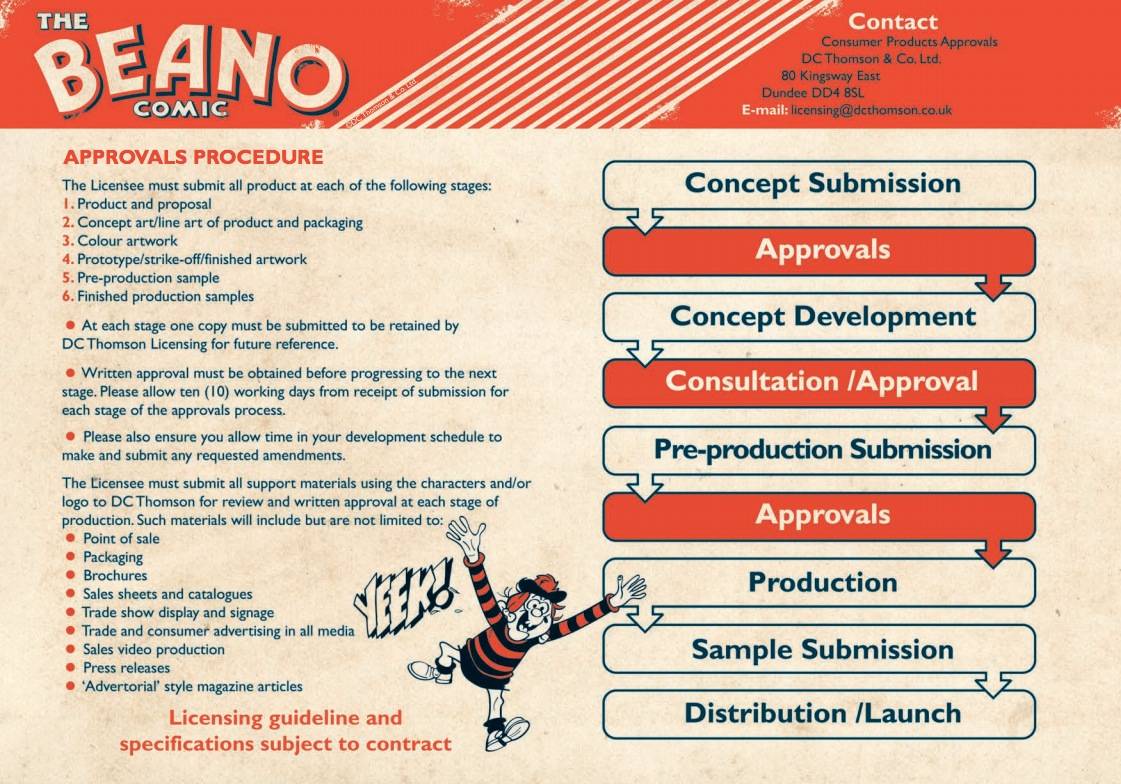 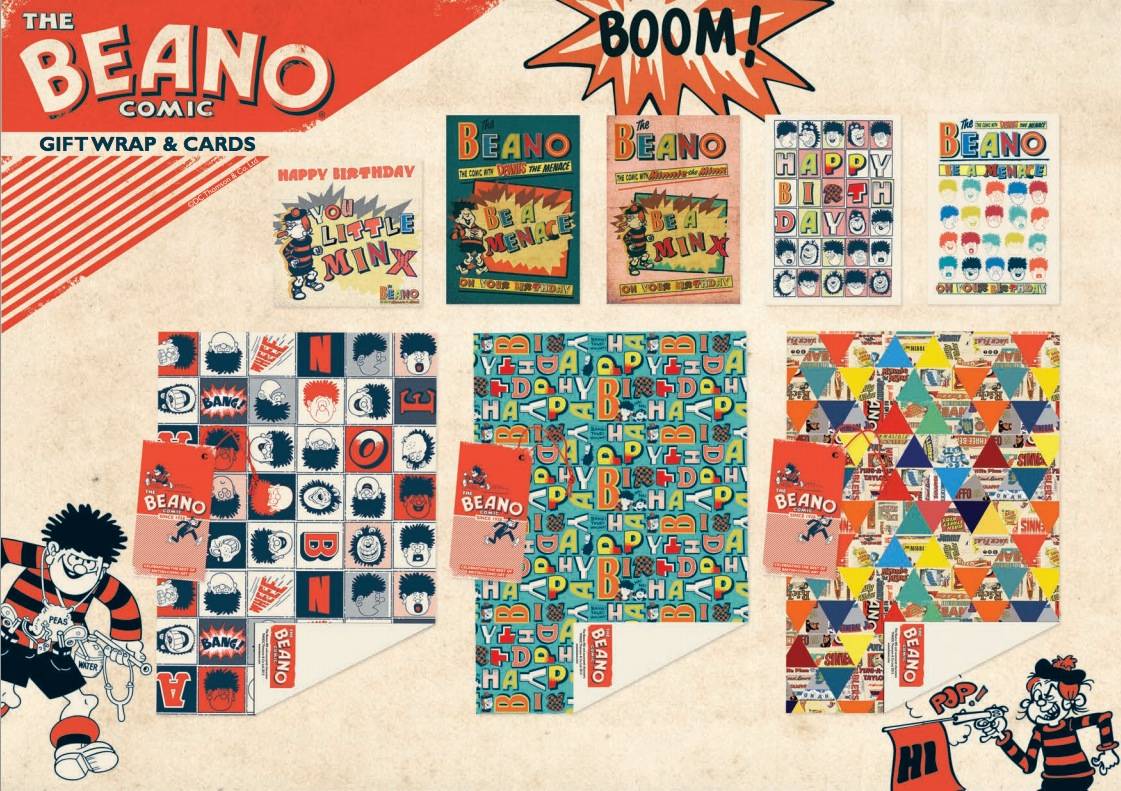 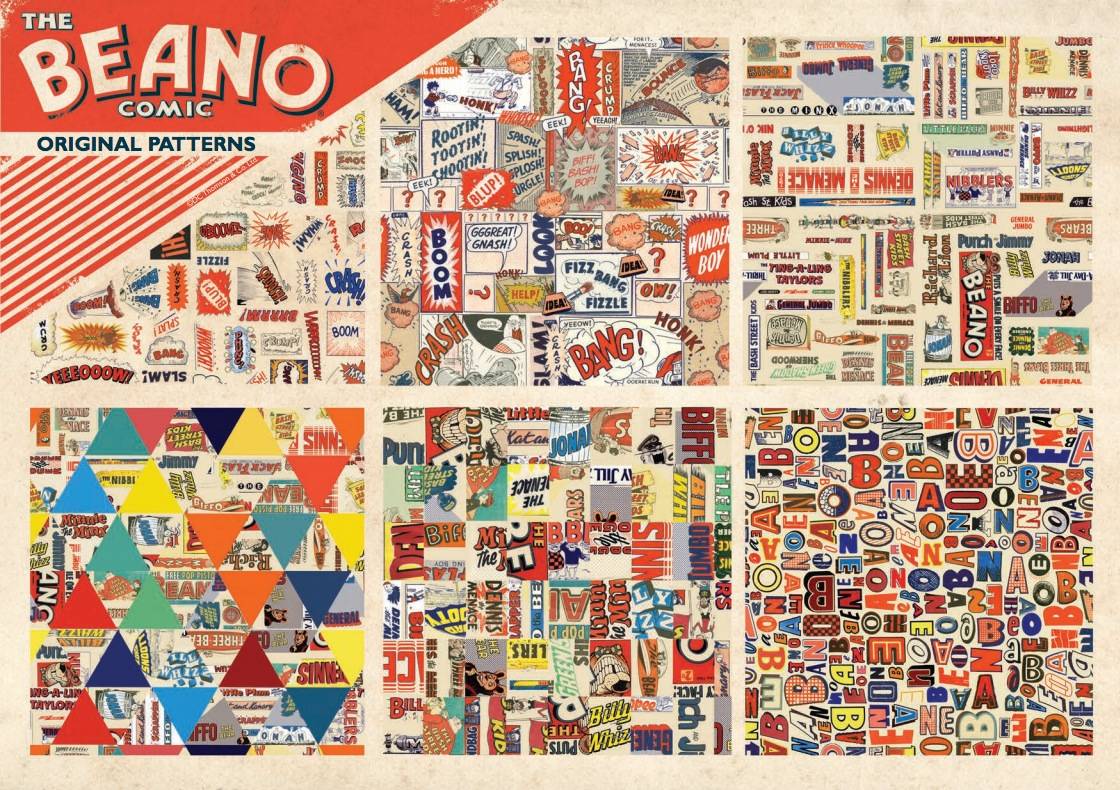 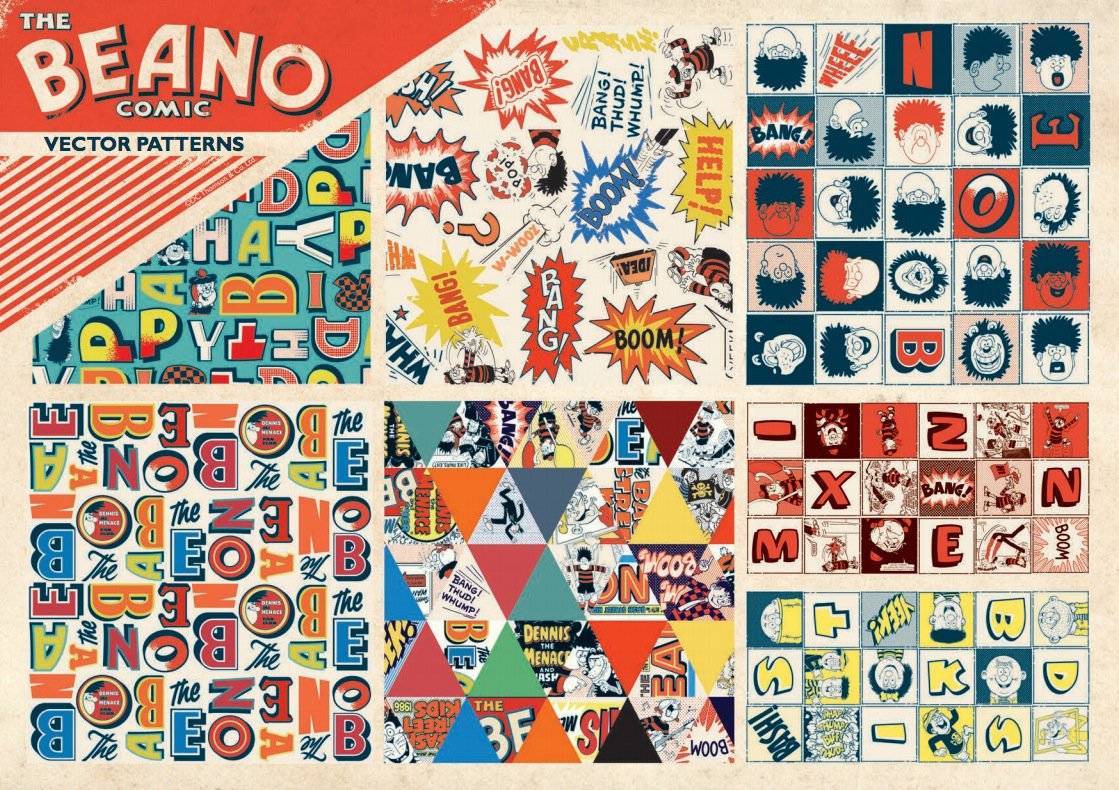 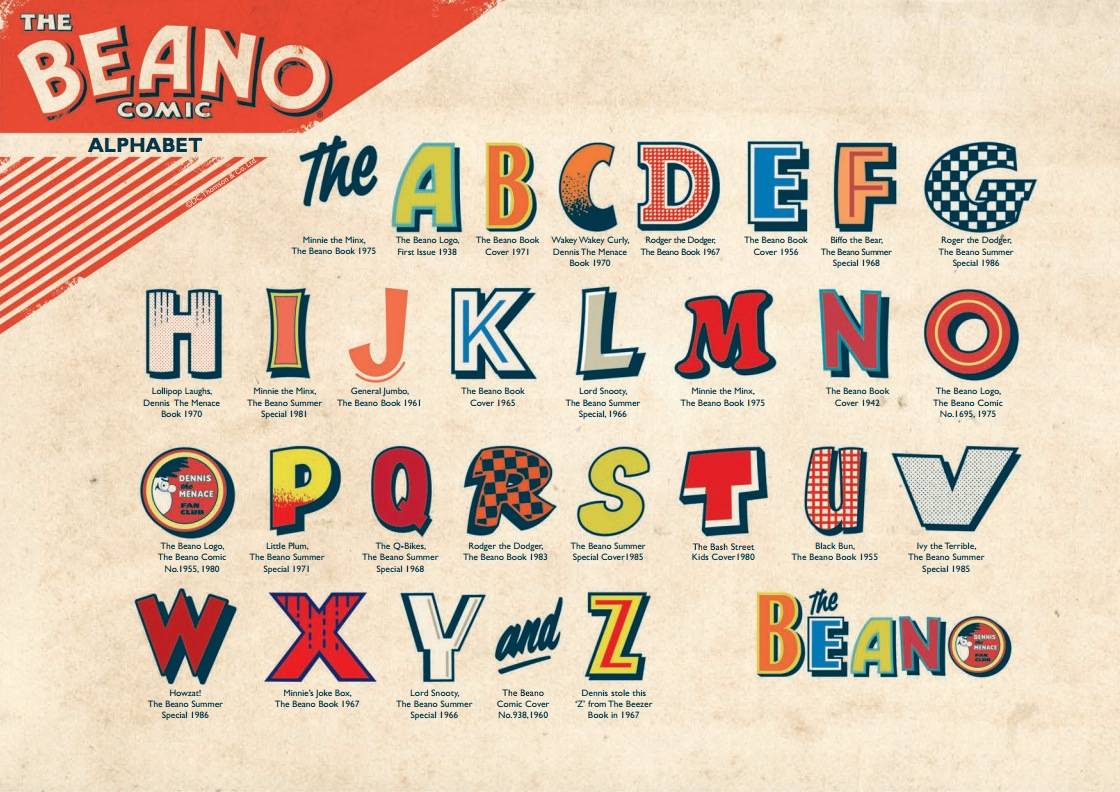 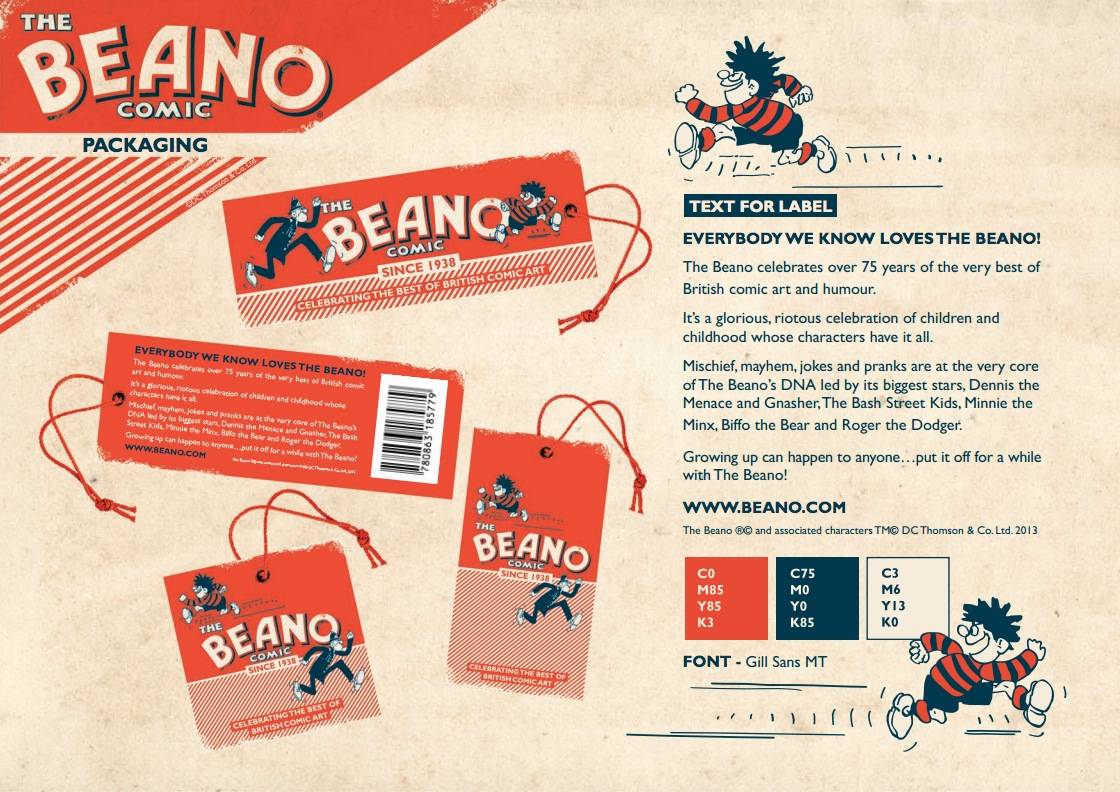 Wikipedia: The Beano is the longest running British children’s comic magazine, published by DC Thomson in Dundee, Scotland. The comic first appeared on 30 July 1938,[1] and was published weekly. In September 2009, The Beano’s 3,500th issue was published.[2] One of the best selling comics in the UK, along with The Dandy, the weekly circulation of The Beano in April 1950 was 1,974,072.[3] The Beano is currently edited by John Anderson. Each issue is published on a Wednesday, with the issue date being that of the following Saturday. The Beano reached its 4,000th issue on 28th August 2019.

Its characters include Dennis the Menace, Minnie the Minx, The Bash Street Kids, The Numskulls, Roger the Dodger, Billy Whizz and Tricky Dicky. Earlier characters who have been phased out include Ball Boy, Les Pretend, Ivy the Terrible, The Three Bears and Pansy Potter. Some old characters, like Biffo the Bear, Lord Snooty, Baby Face Finlayson and Little Plum, have more recently made a return as “funsize” quarter-page strips.