Logo and brand identity design project for indoor skiing company, Skiplex. Primarily tasked with developing a logo (logo type) that would be used to convey the appropriate sense of excitement and emotion that learning to ski brings.

The hardest challenge with designing a logo based on something as prevalent as skiing, especially when you look at all the ski logos used for: travel agents, ski brochures, ski resorts, ski equipment manufacturers etc.

It was absolutely essential that no cliche imagery was used; that the Skiplex logo would convey it’s own unique message.

The overall message I wanted to convey for Skiplex was not going to be focused on aspects like: skis, resorts, cool clothing and hardware.

The unique hardware and technology that the indoor skiing company, Skiplex, is based on allows people to learn, and perfect their skiing ability inside: all year round skiing tuition in the UK.

The Skiplex logo (logotype: just the logo wording) was customised from two commercial fonts, with emphasis on creating a contrast between ski & plex, but not so much to create a distraction.

The construction and foundations of each part of each letter was looked at in detail, to create continuity with the whole notion of the downhill/slope movement which is fundamental to the Skiplex experience.

The key design feature was the use of Negative Space (indicated by the grey shading) that flows through the logomark and carries on into the bottom of the S. This creates a gentle downwards slope, and leads nicely into the S.

This design feature is also applied to the ‘dot’ on the i, when the top of the k acts as the ‘ramp’ and flows into the negative space under the light blue dot (which mimics the light blue portion of the logomark) of the i.

The Skiplex logo design has since been applied to various buildings, such as on the one at Skiplex in Basingstoke. 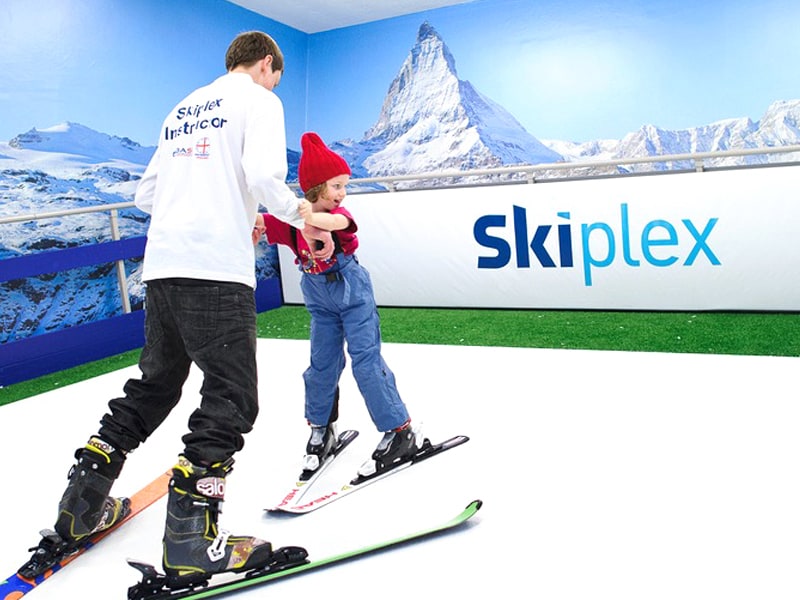 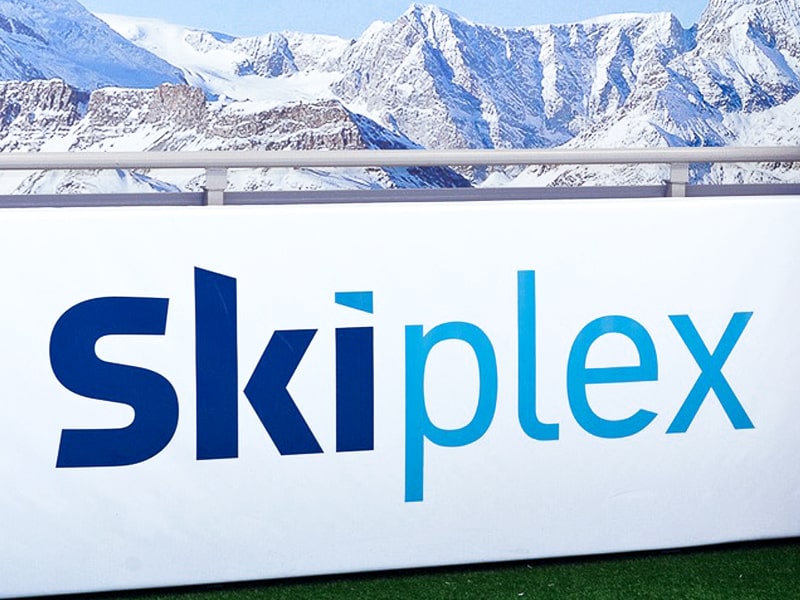 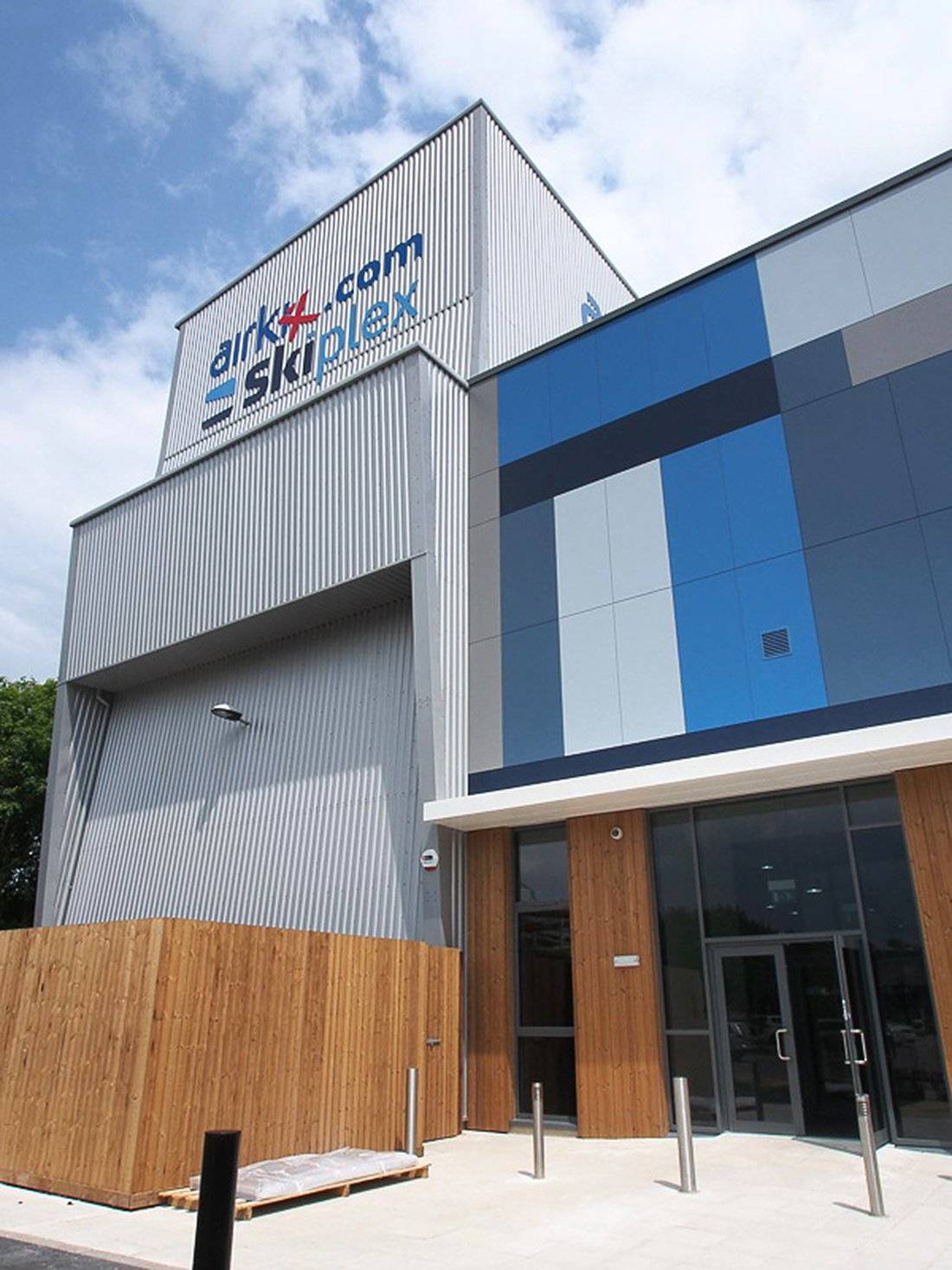