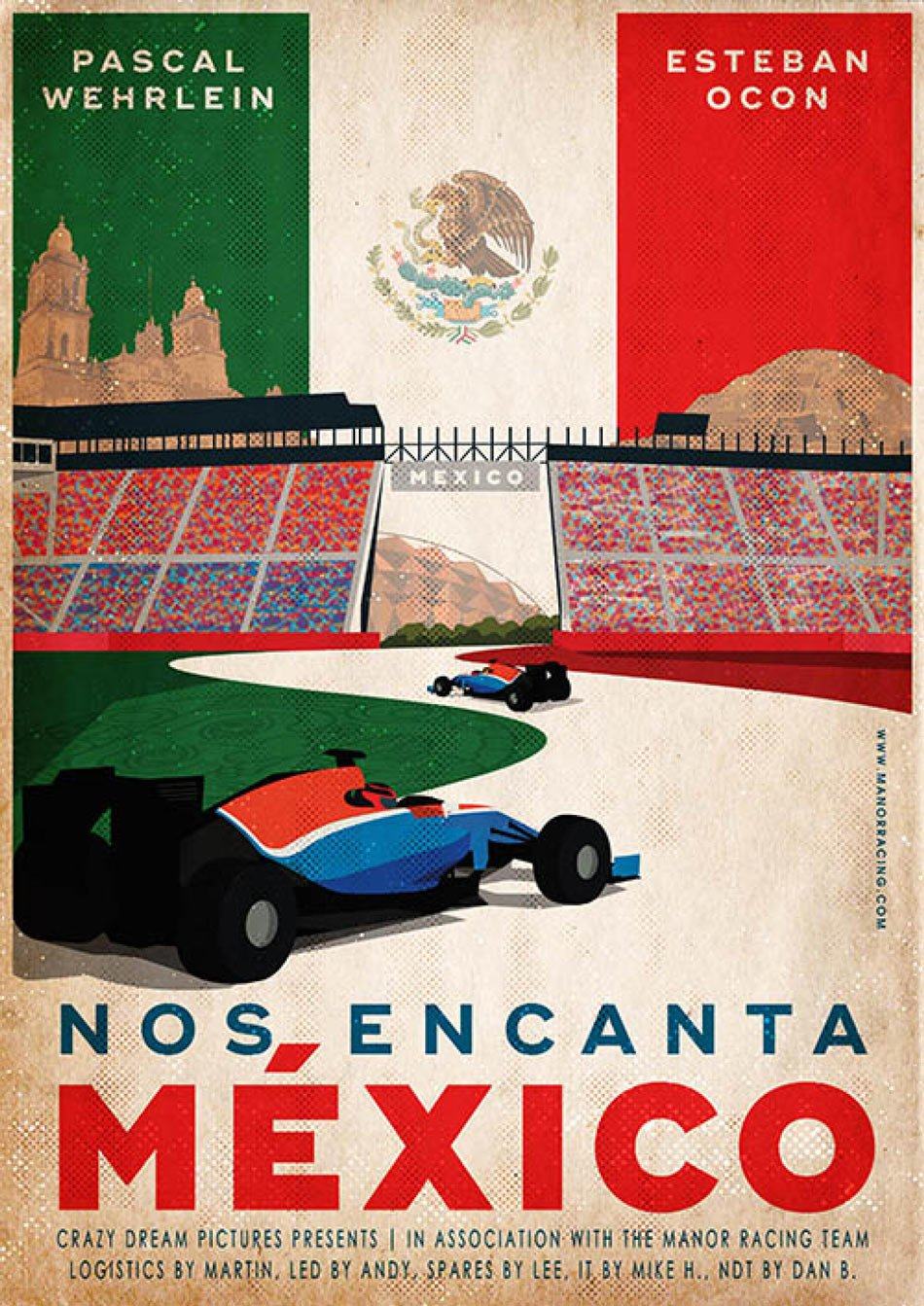 This epic collection of Race Posters, from Manor Racing Team, is an extraordinary treasure trove of gorgeously designed, vintage style, Formula One posters.

All of these race posters depict the F1 races from this past year of races (2016), and were all designed by the folks from the F1 Manor Race Team.

Each of these F1 posters has been designed in the style of a vintage movie poster, and depicts the two lead actors/drivers: Pascal & Esteban, for each of the various races across the globe.

Each of these posters was developed at the time of each race, then uploaded to their blog and made available as a high resolution download, as well as posted to their Instagram feed.

I’ve only uploaded a handful of these posters below, so visit this following link: http://www.manorracing.com/ to view the complete collection, and also download as high resolution versions. 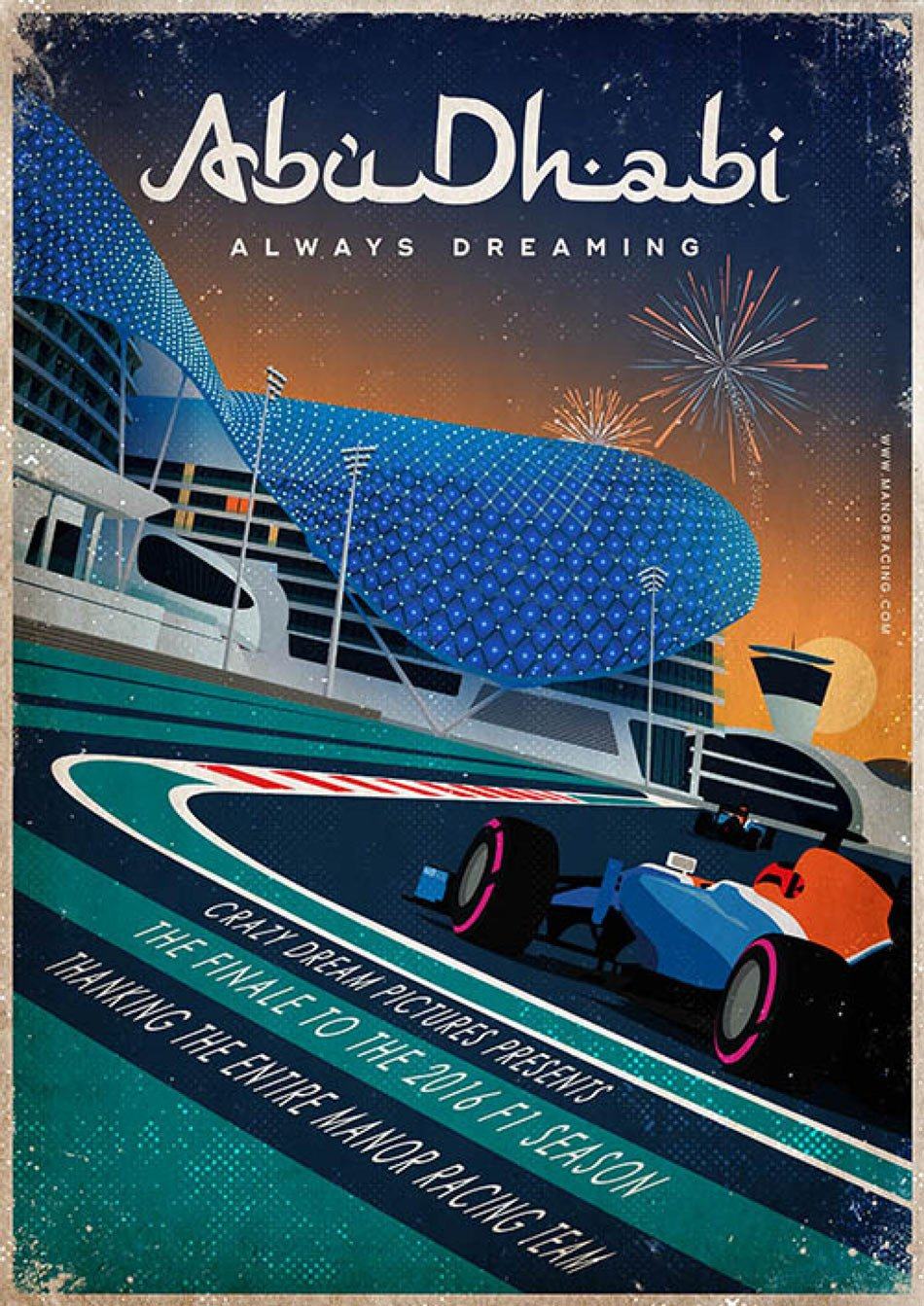 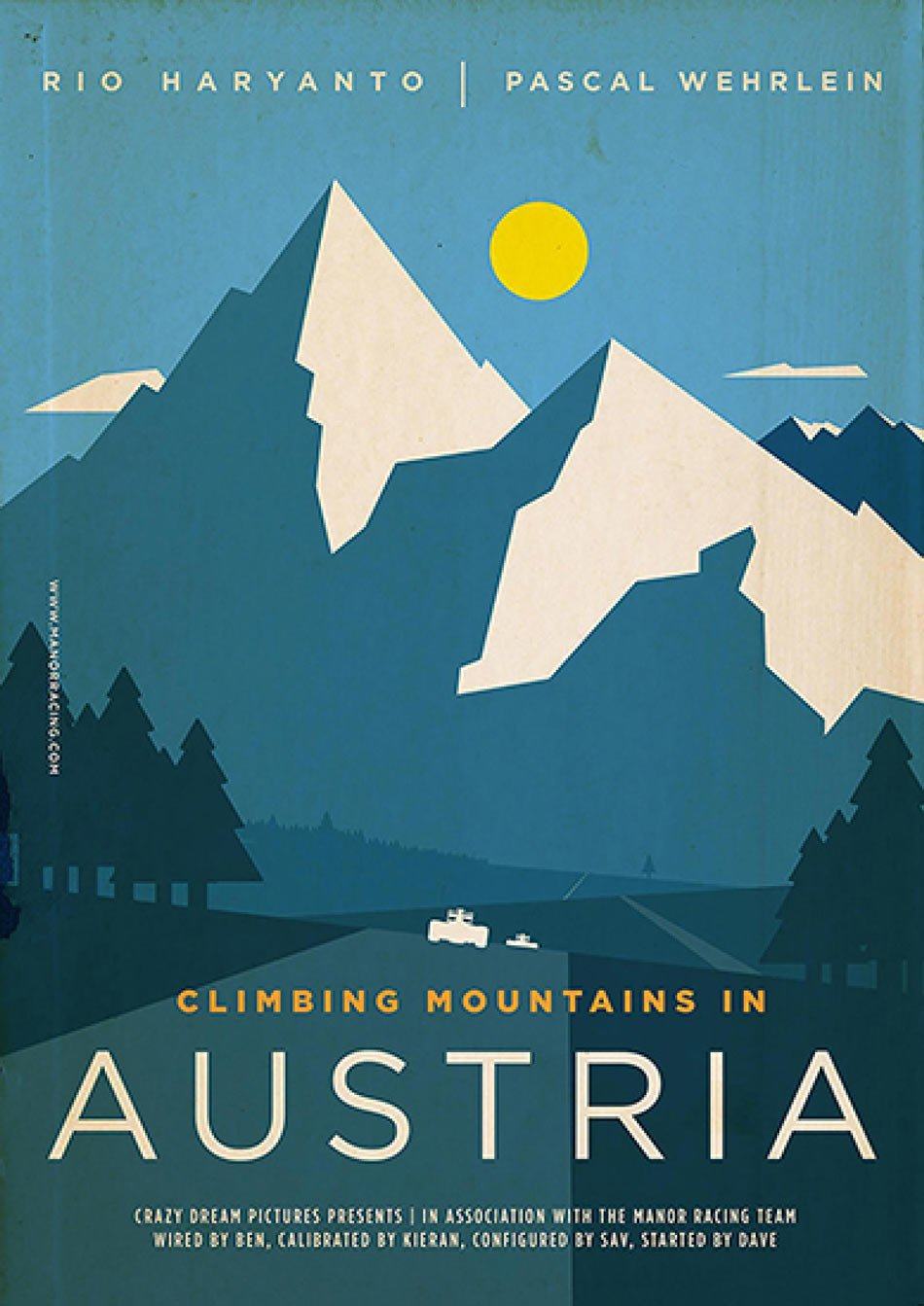 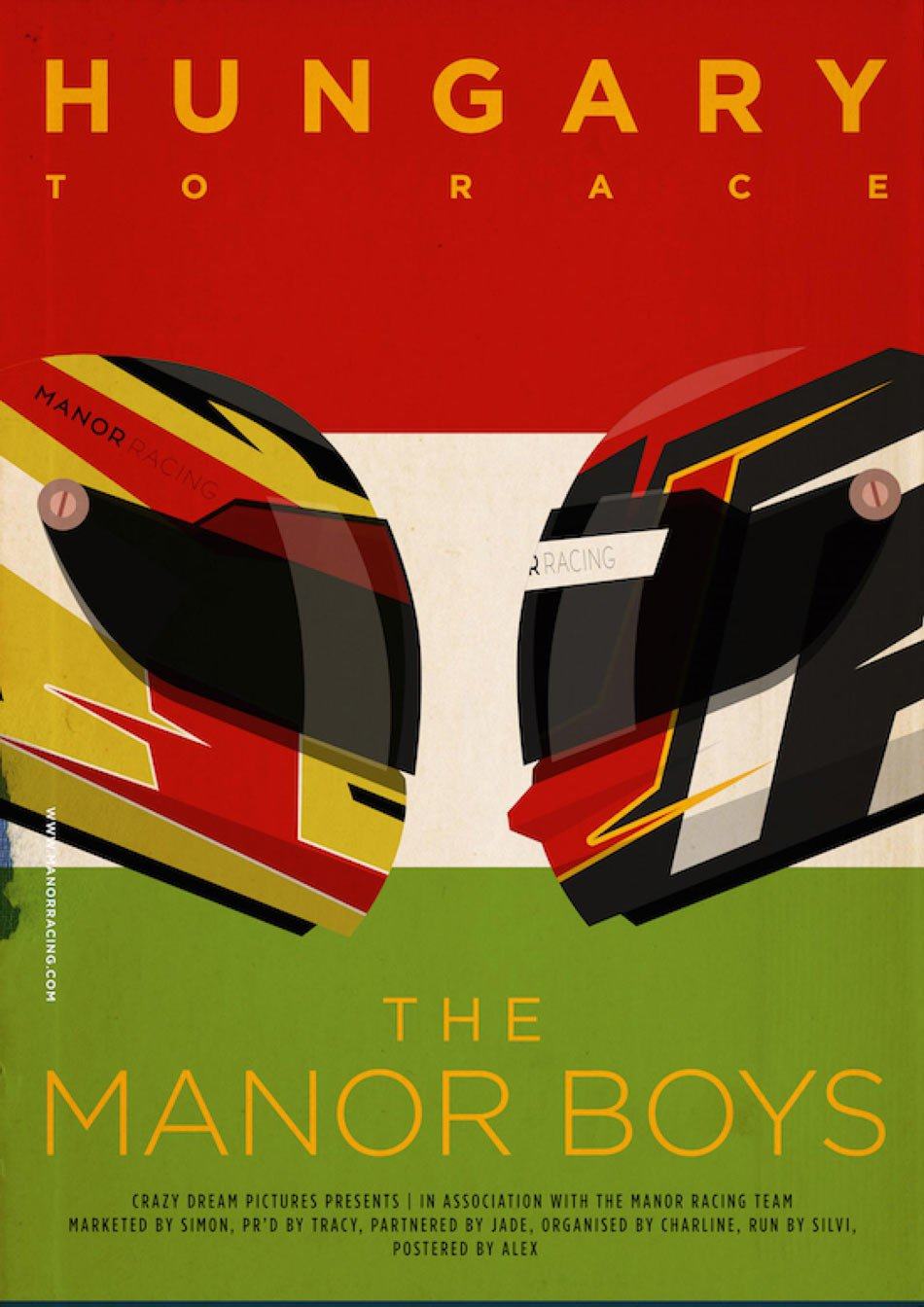 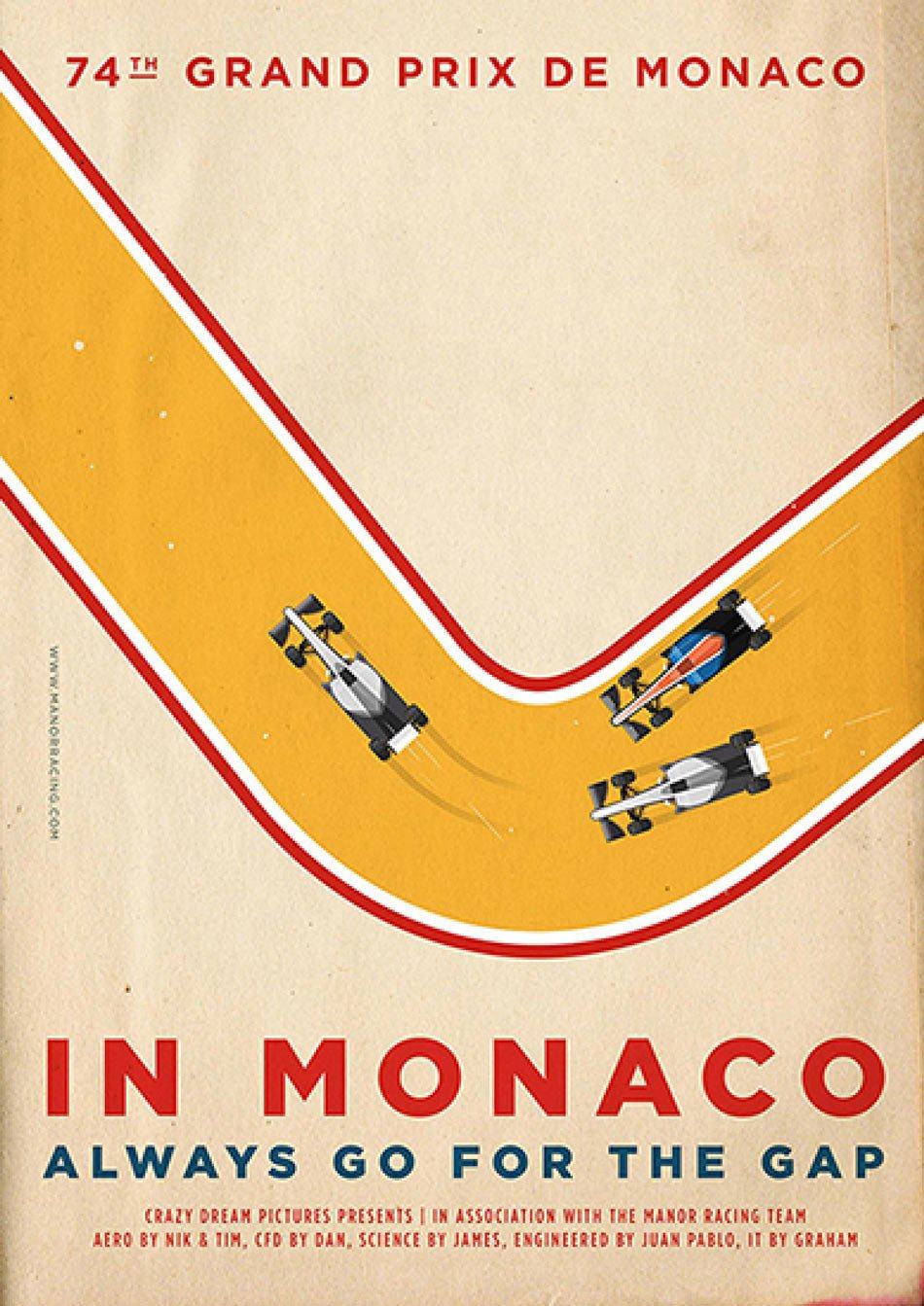 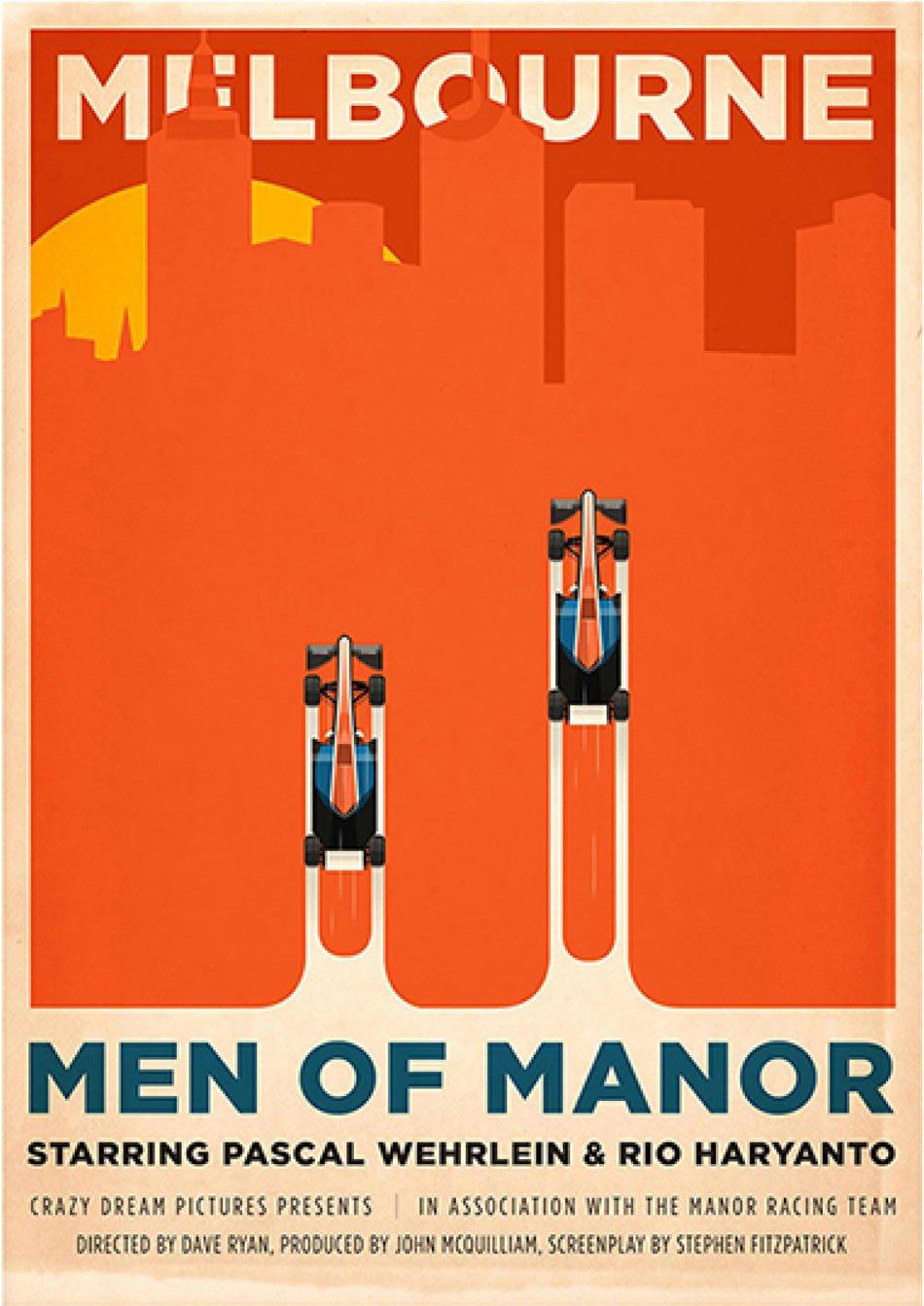 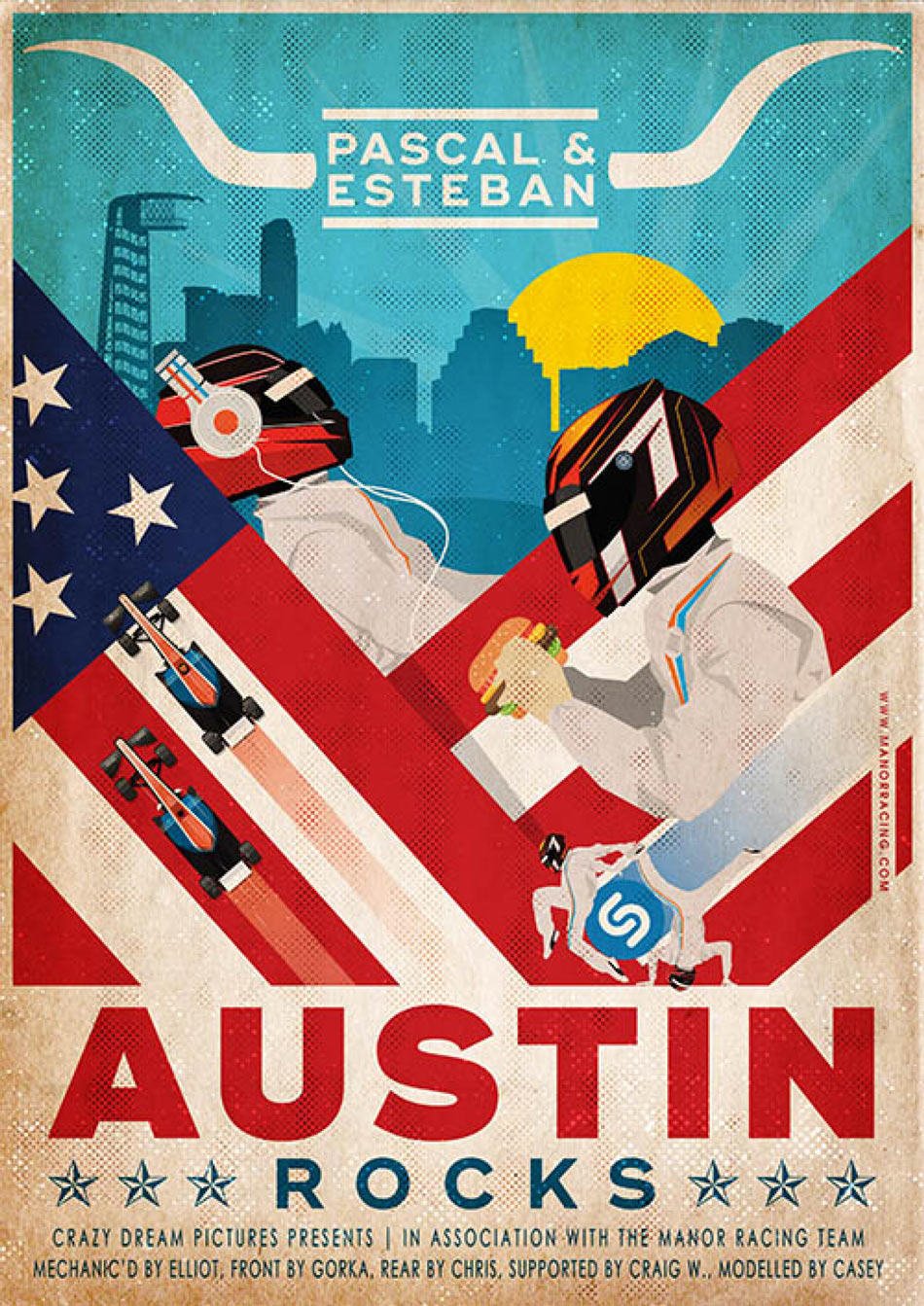 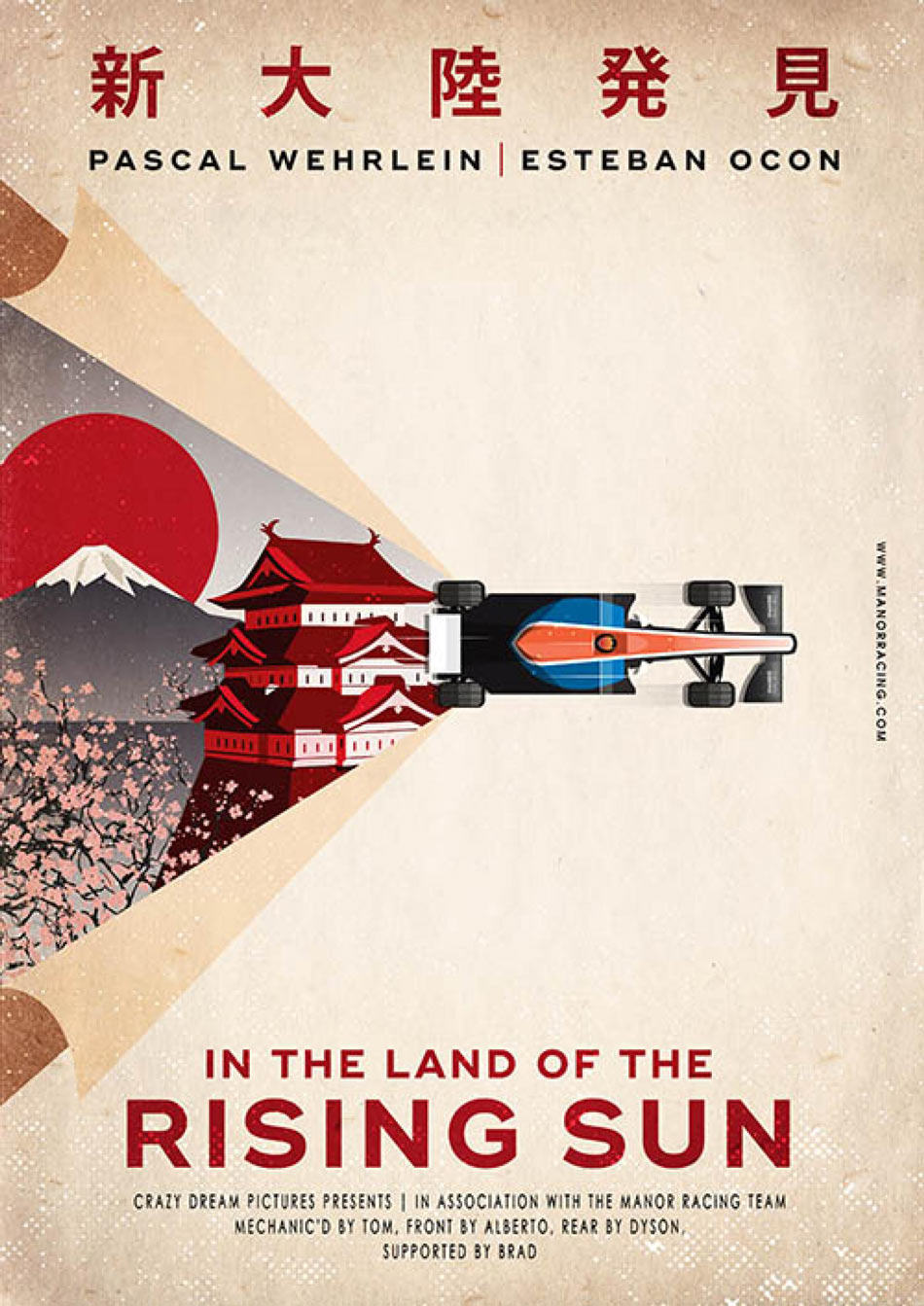 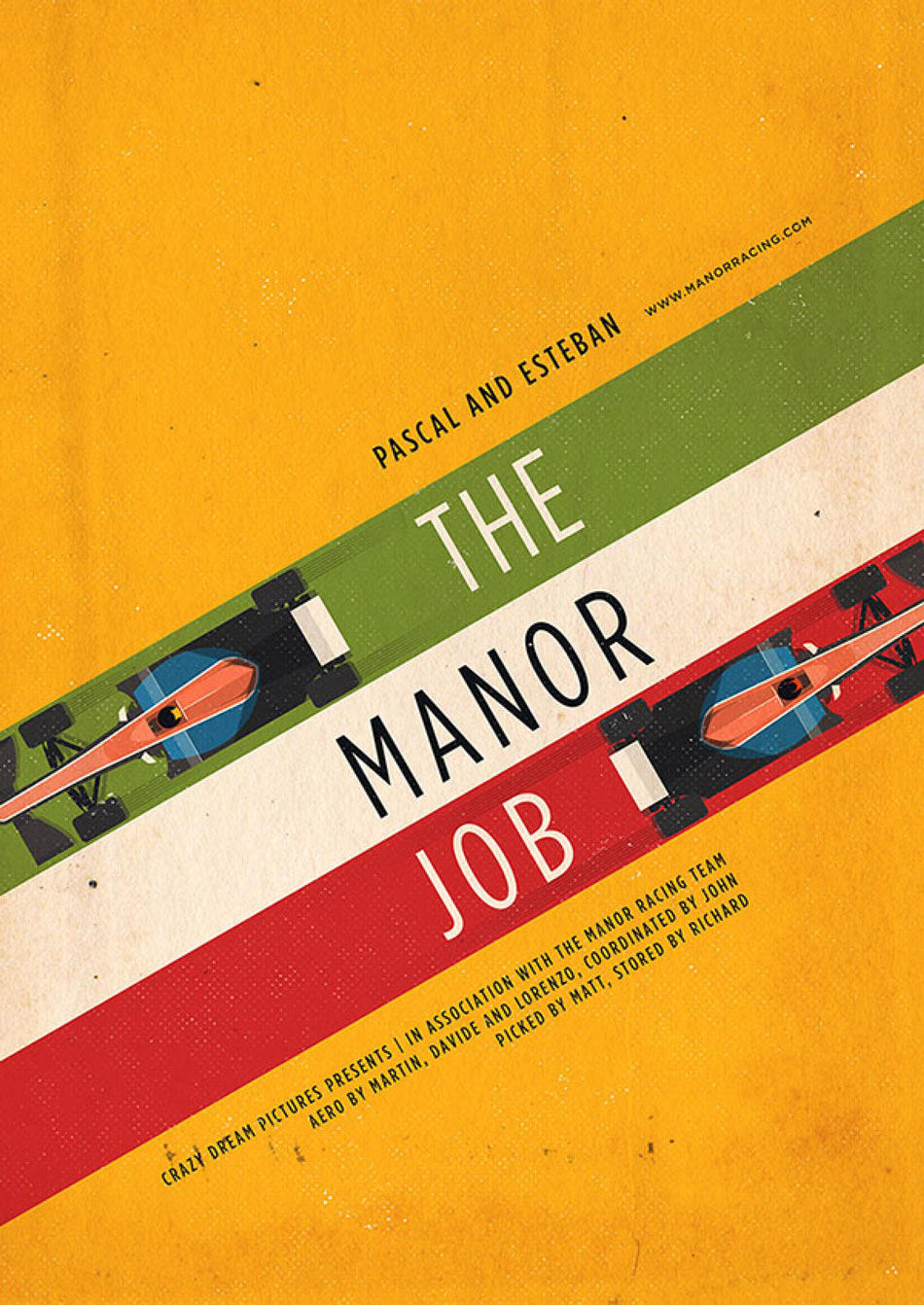 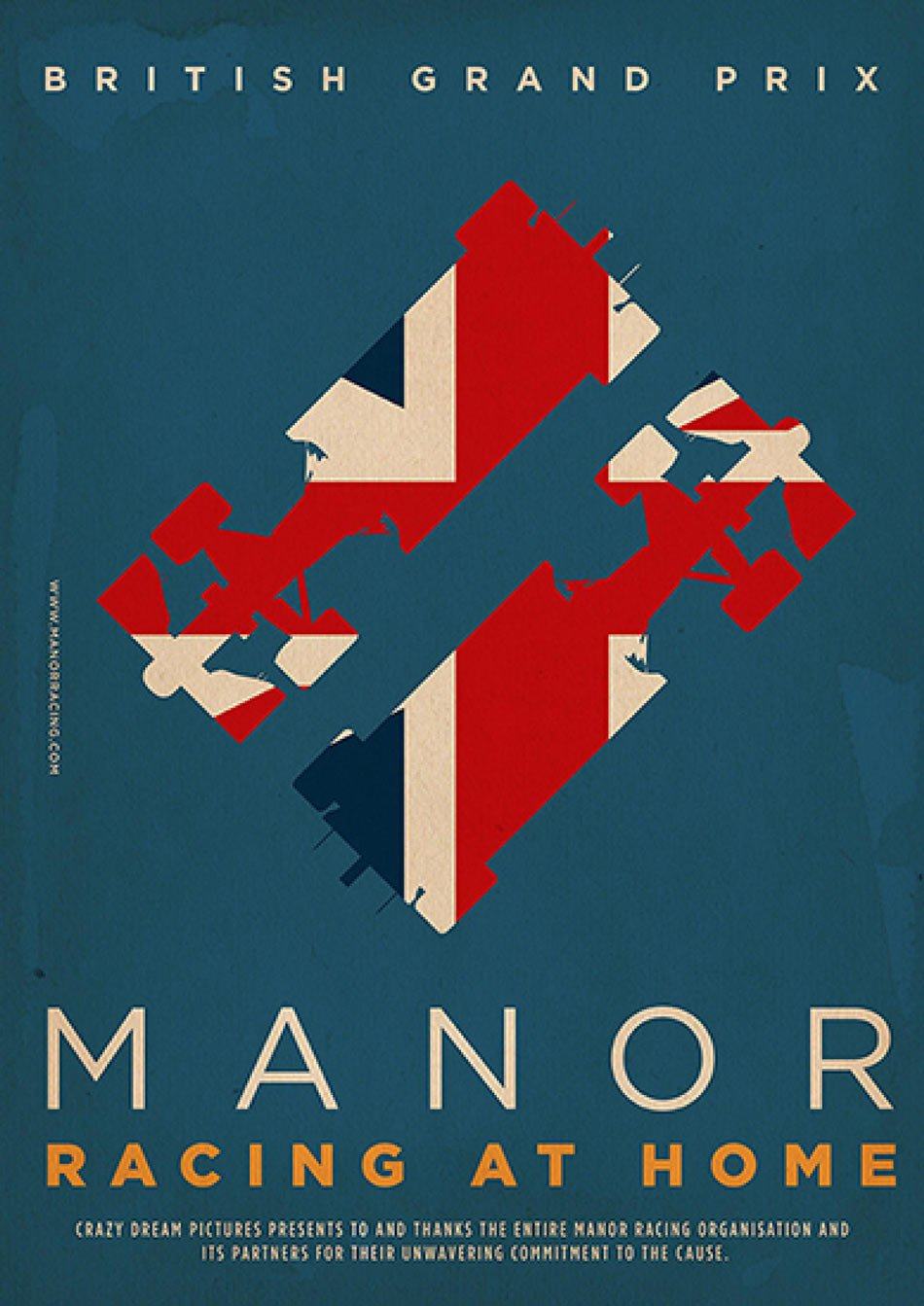 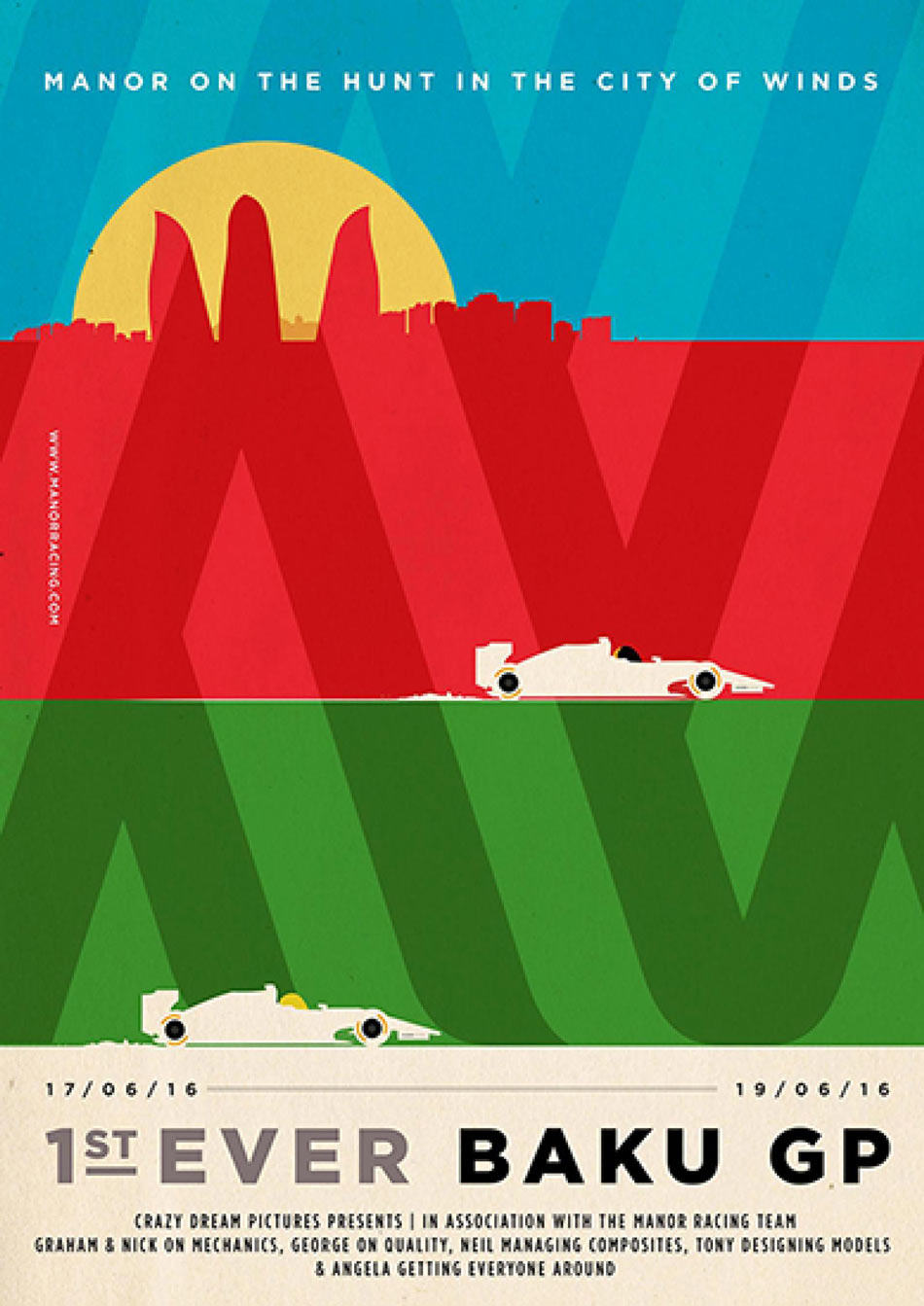 Wikipedia: Manor Grand Prix Racing Limited, trading as Manor Racing MRT, was a British Formula One racing team and constructor based in Banbury, Oxfordshire in the United Kingdom. The team originally started racing in 2010 under the “Virgin Racing” name; the following year Virgin adopted Marussia as a title sponsor becoming “Marussia Virgin Racing” until being fully rebranded as the “Marussia F1 Team” for 2012.

The team collapsed in November 2014 owing around £60m, two of the companies out of pocket being Marussia’s former competitors McLaren and Ferrari. On 19 January 2015, the administrators of Marussia announced that the auction of its cars and assets had been cancelled so as to allow a possible buy out to take place. The team exited administration on 19 February 2015, and was re-established as the “Manor Marussia F1 Team” after a CVA had been signed and new investment was secured to rescue the team. It was later announced that OVO Energy Owner and CEO, Stephen Fitzpatrick had purchased the team.[1] The team retained “Marussia” as its constructor name throughout the 2015 season, also adopting a British licence. On 19 January 2016, the team announced it would be renamed to “Manor Racing”.[2]