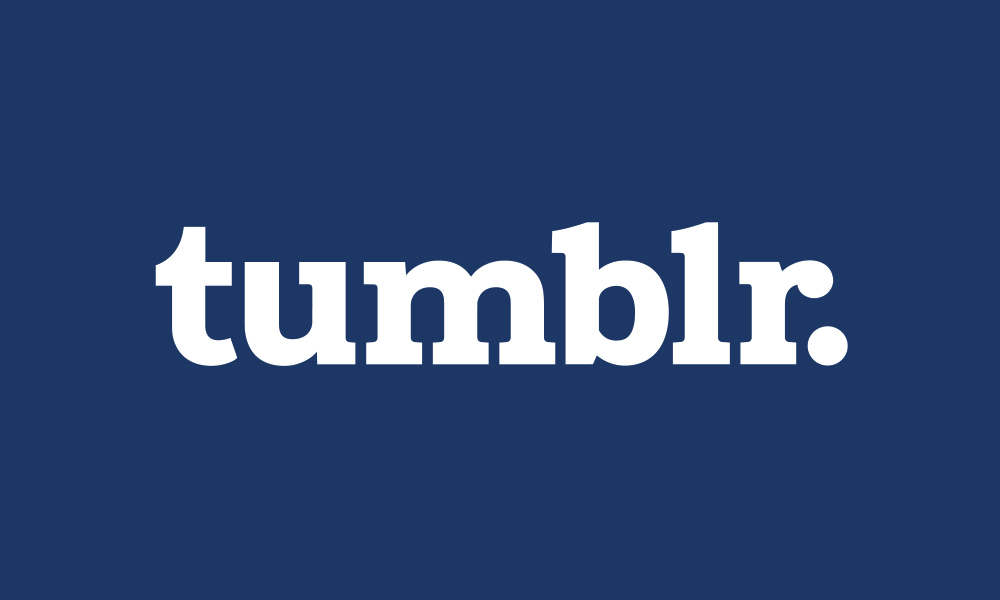 I actually love it when a brand redesigns their logo, but due to the subtleness of the logo design—in this case, more of a freshen up than a redesign—the roll-out ends up being somewhat low-key. Can’t say I have my ear completely glued to the ground, but I do like to think I’m reasonably up on logo news, and sometimes even catching new stuff like when Flickr recently changed a colour in their logo.

I only caught a whiff of the new Tumblr logo this morning, over on Brand New: Blink and You’ll Miss it, whilst catching up on my RSS feeds.

It’s one of those logo updates that just completely makes sense, restraint was practiced (which I always really admire when it’s done right) with careful attention to the new letter shapes and their overall connectedness as a whole.

Overall, the new Tumblr logo feels: more tumblier (bouncier?) and friendlier, yet at the same time also more refined, solid, and as musicians would say: tight.

The Tumblr in-house design team seems to have completely nailed this one good and proper.

The one down-side, which seems to be a general consensus across the internet, is that that the ‘u’ looks a bit odd where it’s missing the upper left serif. More so because the m, b, l and r still have it, so has a somewhat lack of consistency, but nothing major. I can see it annoying some people…

As a little side-note: This is a nice little lesson in logo redesign restraint that Yahoo (Marissa) should, at some point, ponder over. Almost a shame Tumblr didn’t do this first before Yahoo completed nuked their own logo redesign.

Just mocked-up a quick logo sheet with the old and new Tumblr logo as a couple of overlays, so you can better see where each letter has changed. In fact, some of the changes: specially the ‘r’, do look pretty major when you look at the letters individually, but when the logo is viewed as a whole, not so much.

With the 3rd example titled: “Old (Pink Outline) & New (Blue Outline) Overlay with shifted letters”, all I did was to shift the letters sideways a little so each letters overlay was aligned more vertically aligned 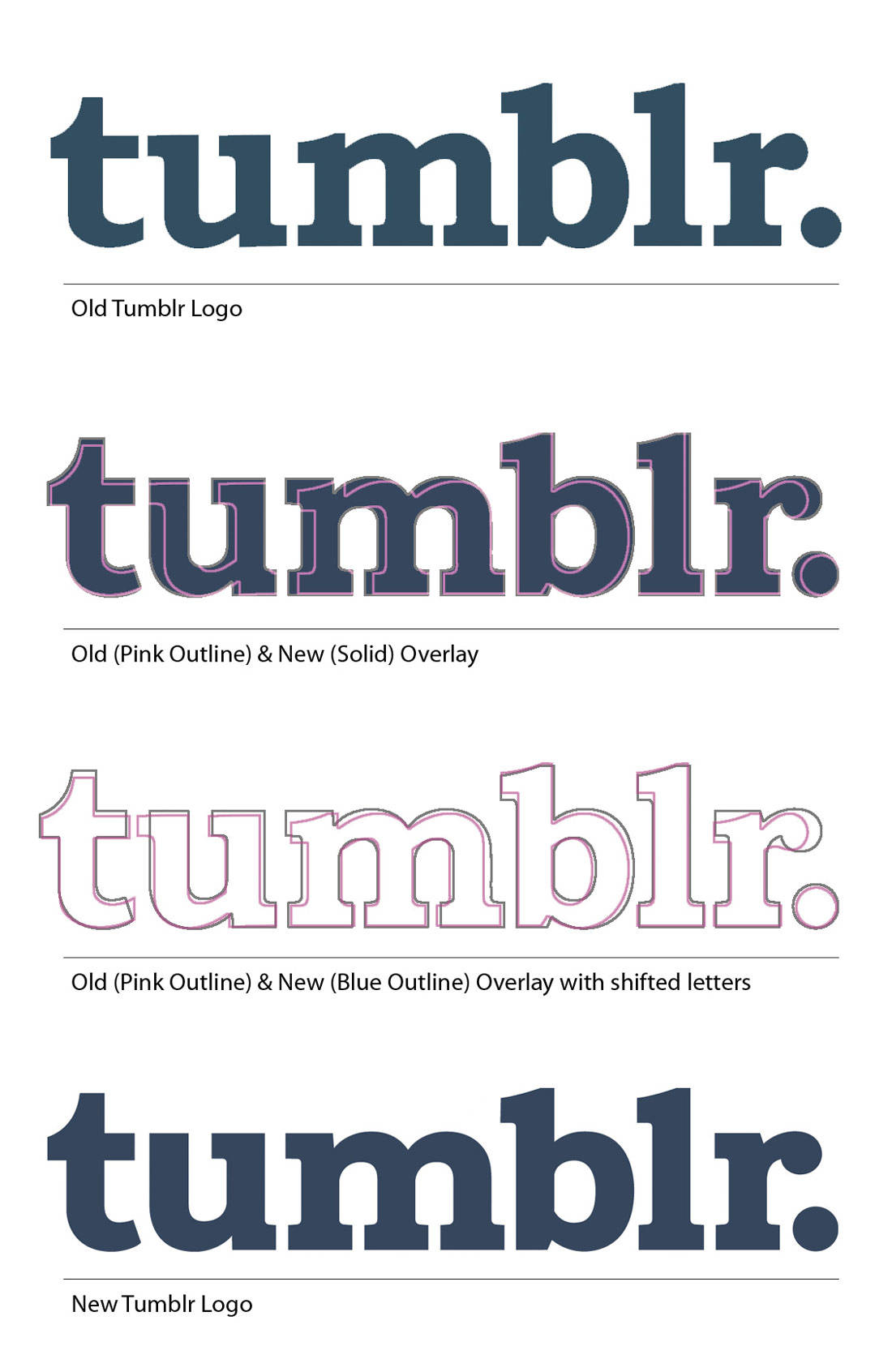