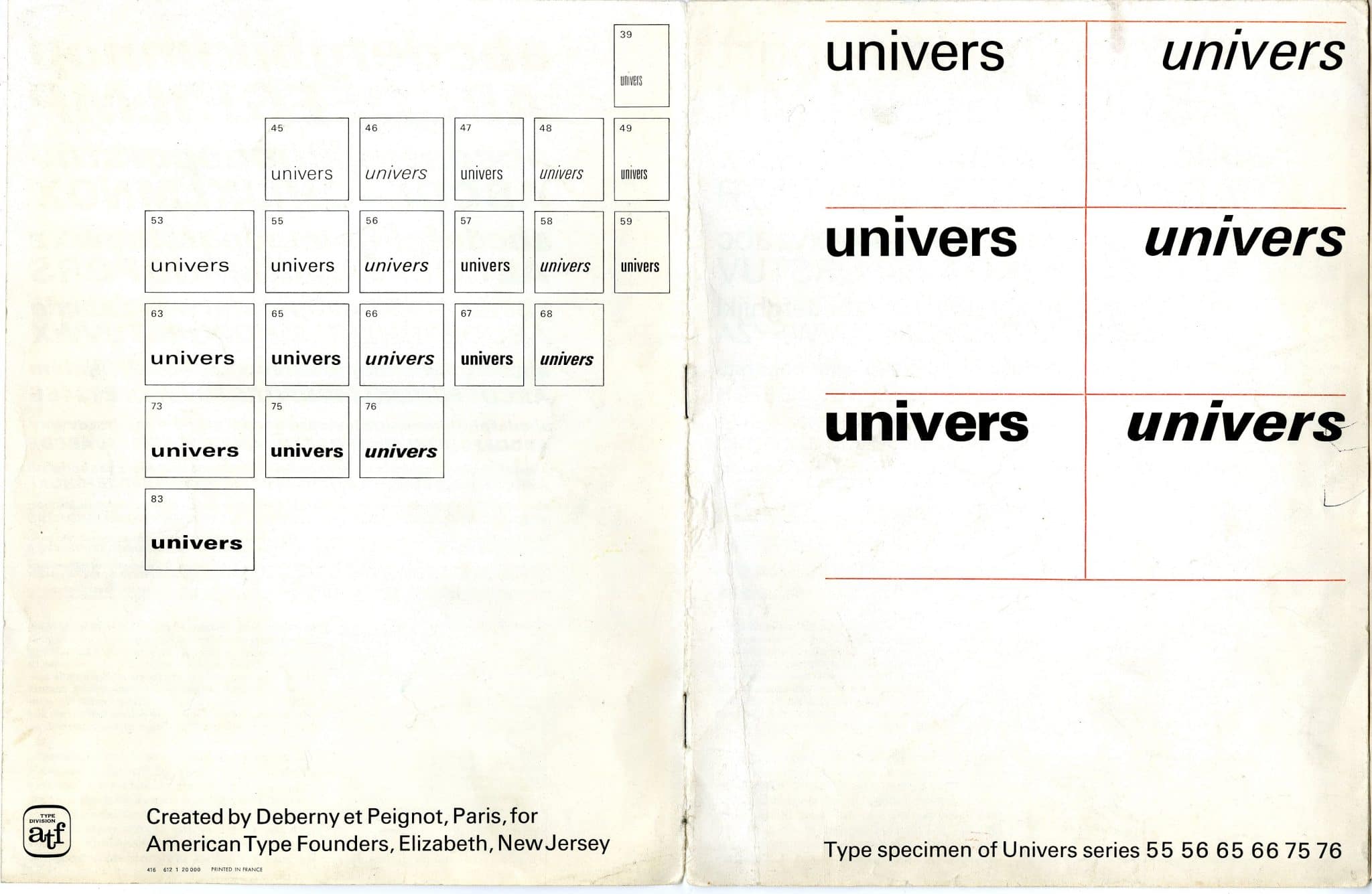 Univers Type Specimen Sheet, designed in 1957 by Adrian Frutiger for Charles Peignot (namesake of Peignot by A.M. Cassandre) at Deberny Peignot, was one of a handful of great twentieth century sans serifs, including Futura, Akzidenz and Helvetica.

Printmag: “Univers was one of the first typeface families to address the requisite that a typeface should constitute a family of related designs.”

I remember using Univers quite a fair bit back in the early days of imagesetters, before the age of the Apple Macintosh.

It was a default typeface for a number of magazines and catalogues that I worked on doing traditional paste-up; sheets of typeset galleys on bromide, which would be run trough a hot waxer, placed onto a cutting board, then carefully sliced-up into columns before sticking down onto card grid layouts.

Printmag: “Univers was the epitome of the Swiss Typographic Style.”

These card layouts were then placed under a massive flat bed camera, under a sheet of glass, and A2 size negatives were shot, so the talented Film Planners could work their magic, before heading to the Plate Room, and finally the Printing Presses.

Those really were good days, and that whole process of hand placing of columns of text carefully into allowed lined grids, taught me the real value of using grids, and my eyes for near perfect alignment.

Univers is a beautiful typeface, and the Univers Type Specimen Sheets are really quite a work of art in themselves. 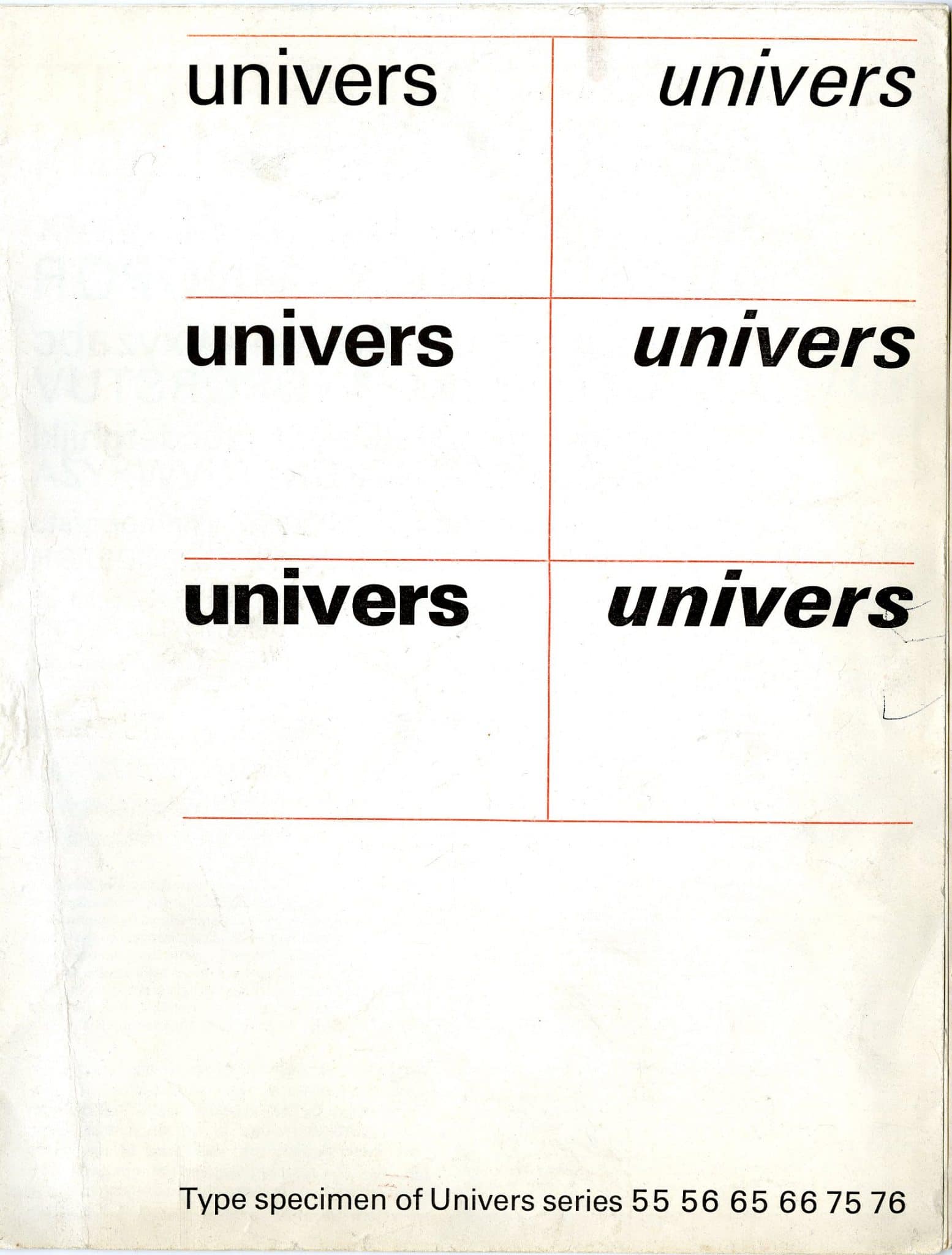 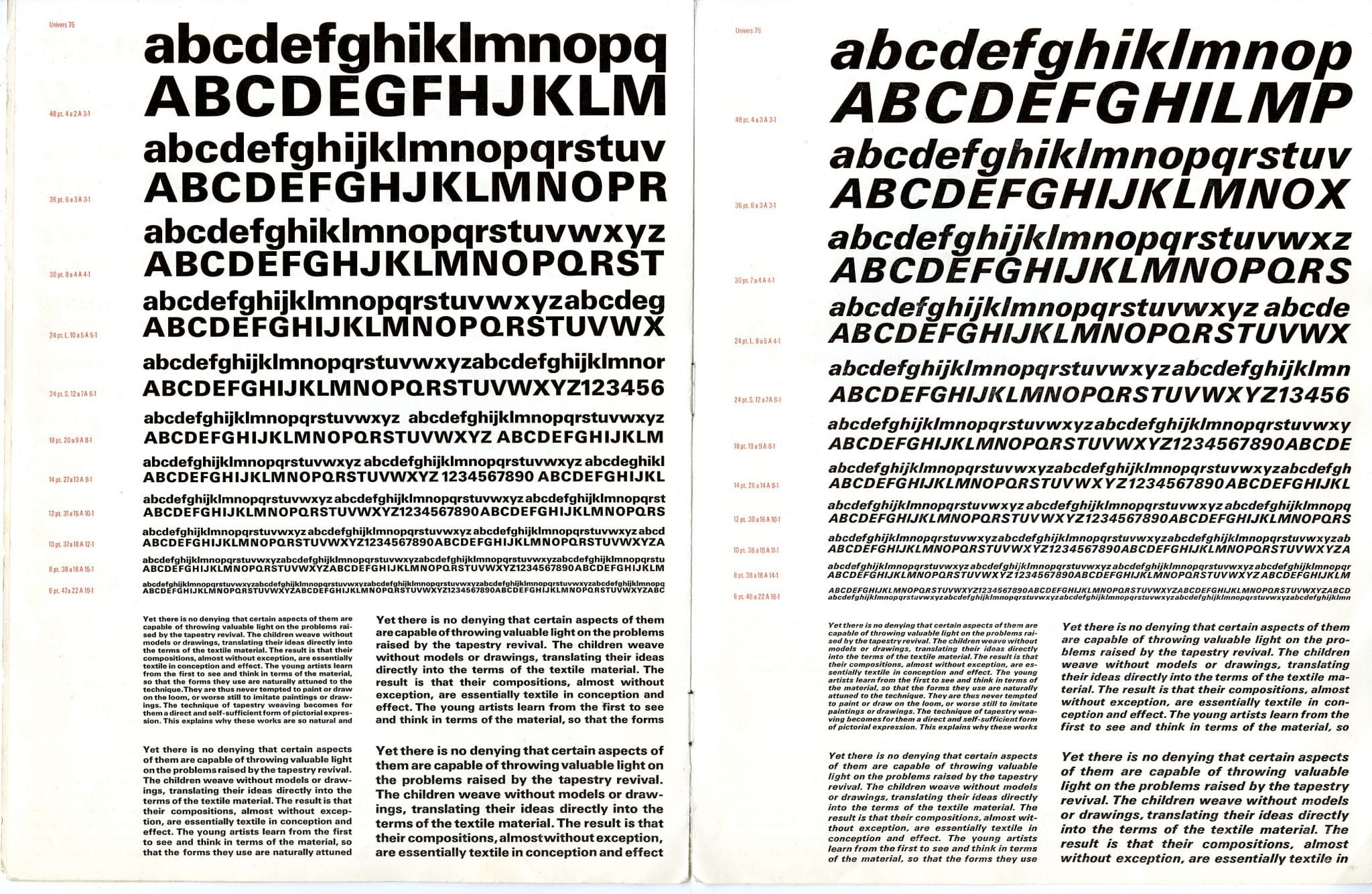 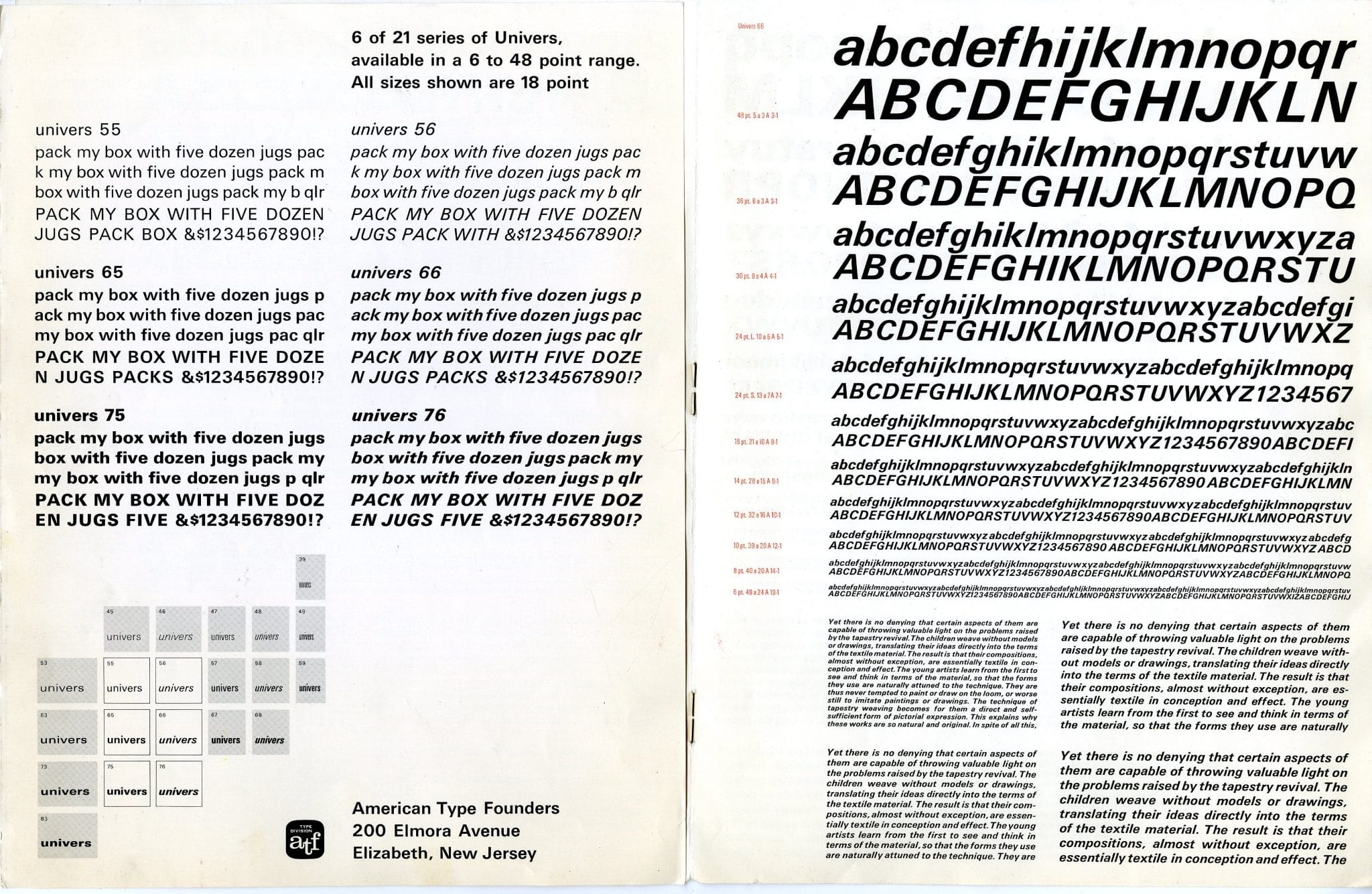 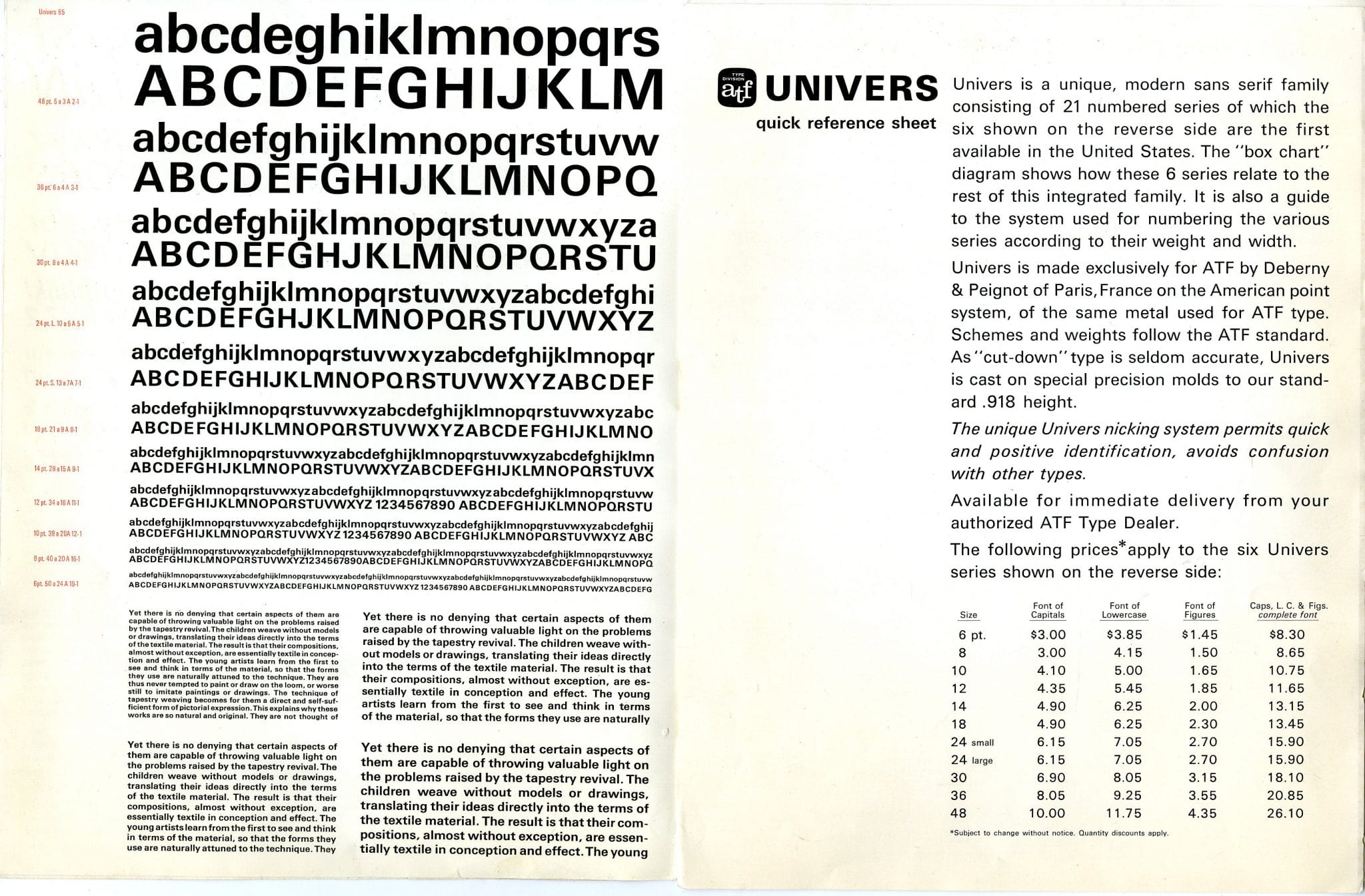 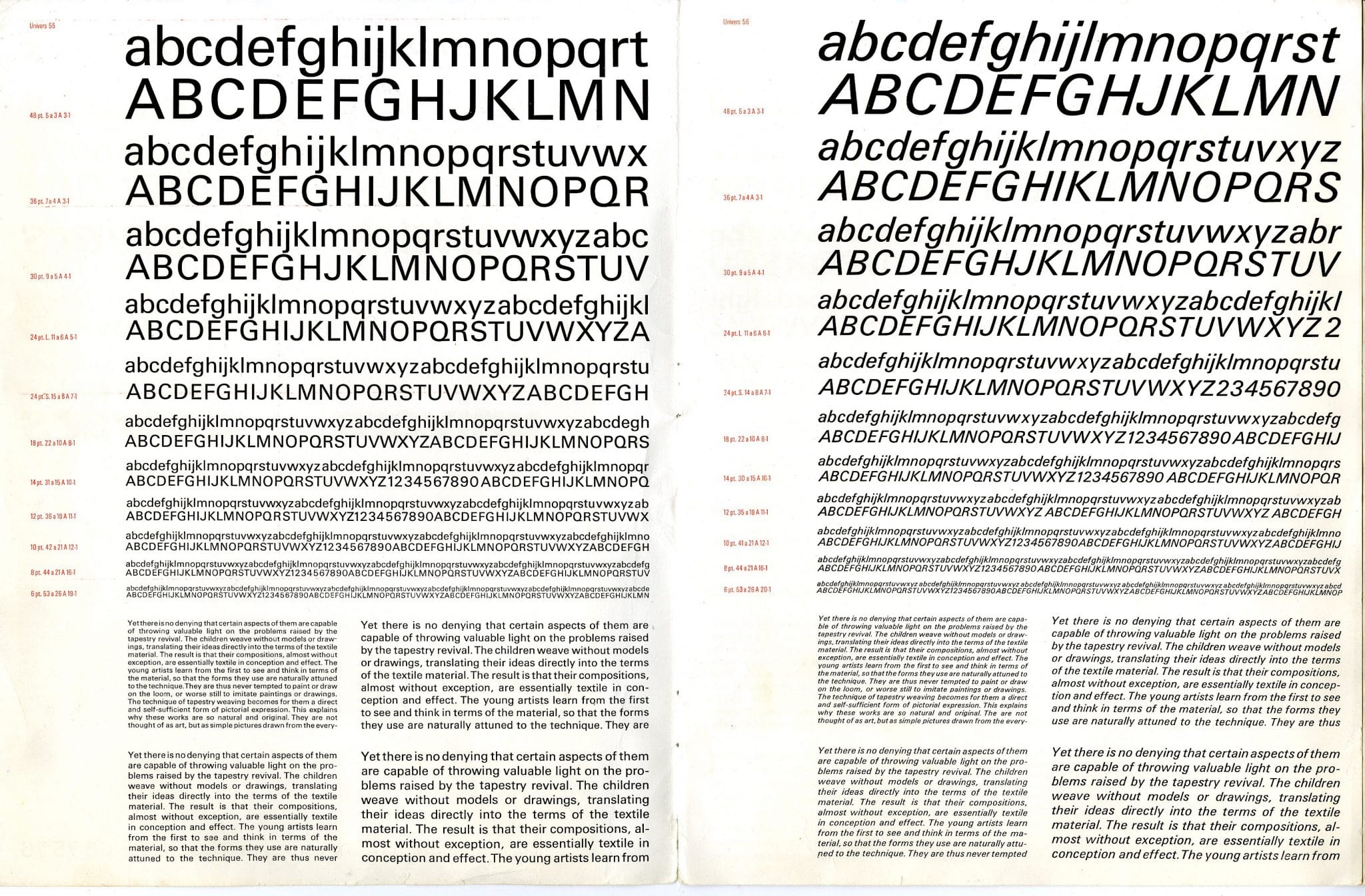 Design Observer: One example of Peignot’s influence on type and typography, which made his professional life so important to the history of design. Even though World War II interrupted the activities of Deberny & Peignot, Peignot remained committed to modernism and after the war he embarked on two significant landmark developments.

One was to hire Adrian Frutiger, then a young apprentice, to design the 21 variations of Univers. “Univers is not exactly my favorite,” explained Peignot, “it was an excellent treatment of an existing theme, but not really a creation in the true sense of the world; but I knew that it was a good character for the times and that it would be very successful.

It was for me a commercial venture. In fact, it is with Univers that French typography regained its position in the international market.”