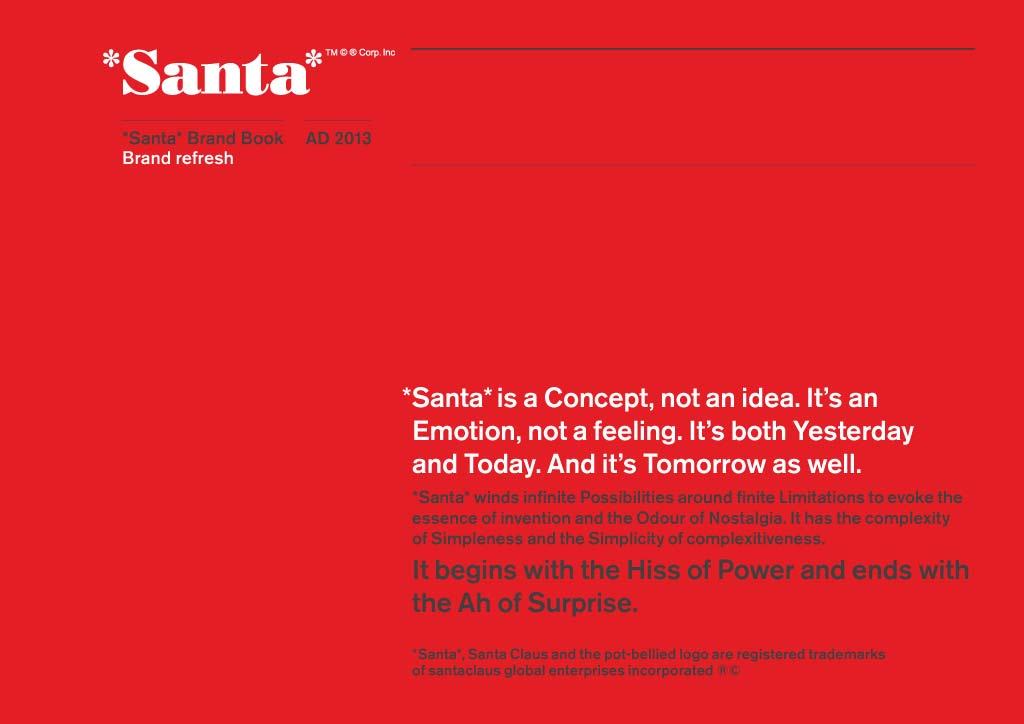 Excellent. Just excellent. Simon Grover over at Quietroom sent me a note earlier. In that note was a message telling me they have been busy foraging around gathering updates for The Santa Brand Book, something they previously won accolades and hugs for given it’s importance to us all.

*Santa* is a Concept, not an idea. It’s an Emotion, not a felling. It’s both Yesterday and Today. And it’s Tomorrow as well. 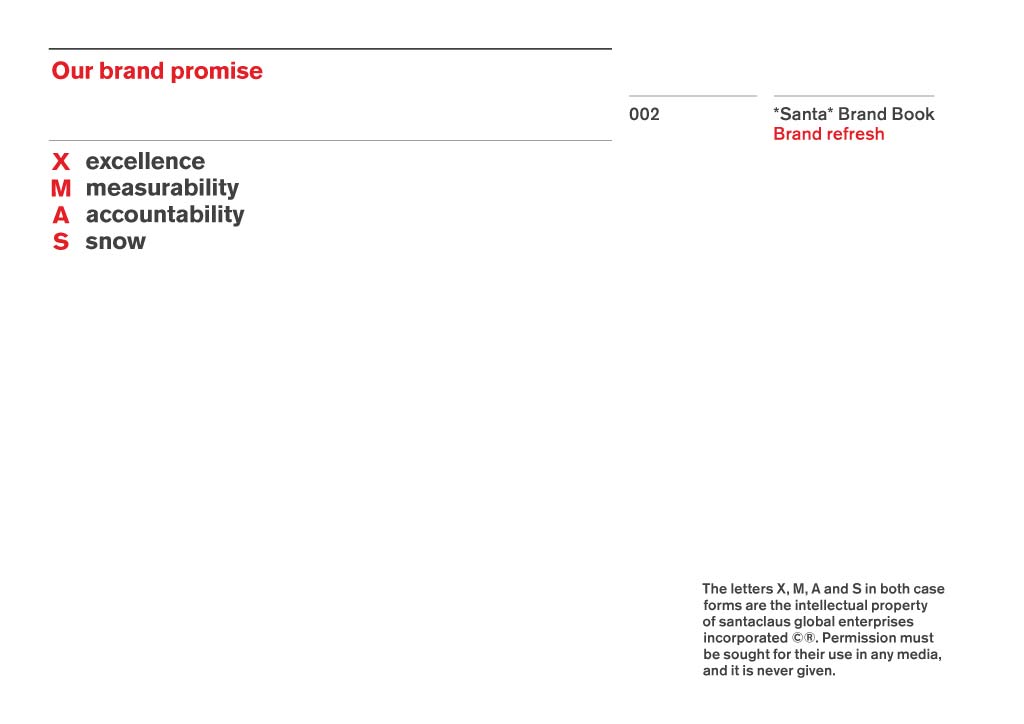 We now have, thanks to Quietroom, a new and updated version of the Santa Brand for AD 2013 with 15 pages of: Santa trivia, identity guidelines, stats, graphs and venn diagrams.

It’s a compelling read, and I now have a much broader appreciation of the structure and personality of Santa’s brand.

This can only be a good thing as we roll ever closer to Christmas 2013.

Go and check The Santa Brand Book: The AD 2013 edition, over at: http://www.quietroom.co.uk/santa_brandbook

*Santa* winds infinite Possibilities around finite Limitations to evoke the essence of invention and the Odour of Nostalgia. It has the complexity of Simpleness and the Simplicity of complexitiveness.” 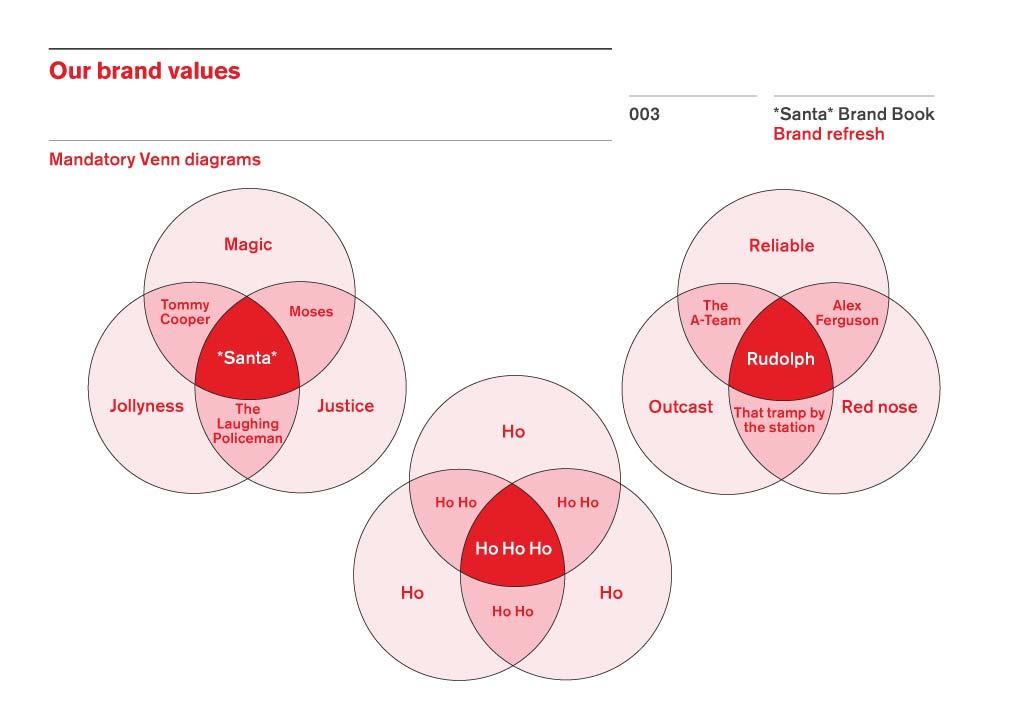 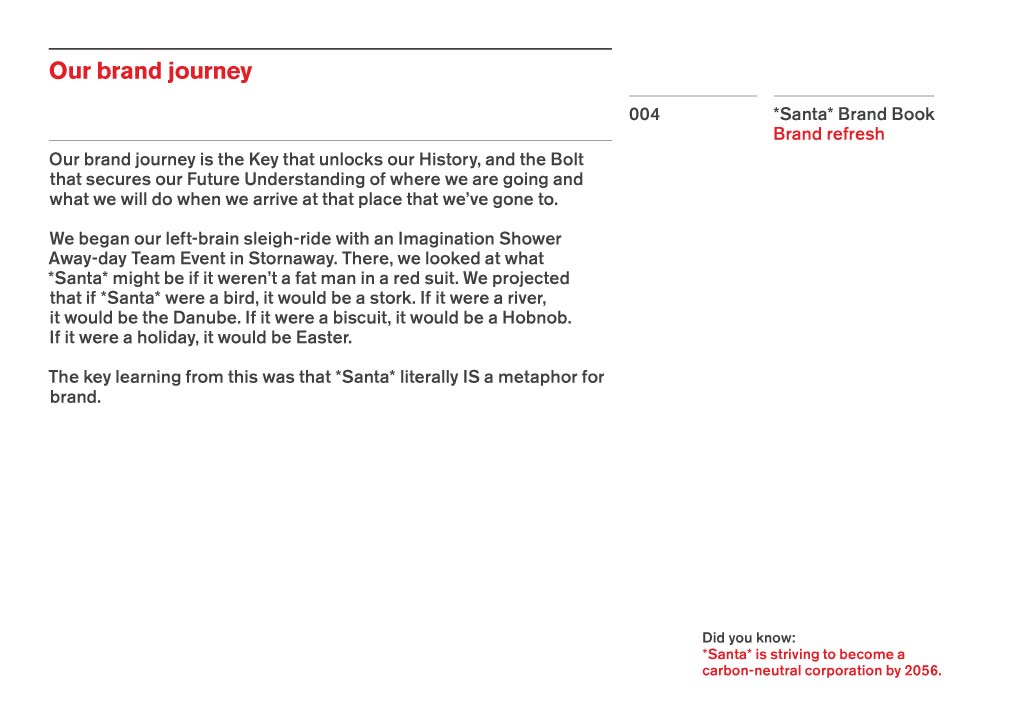 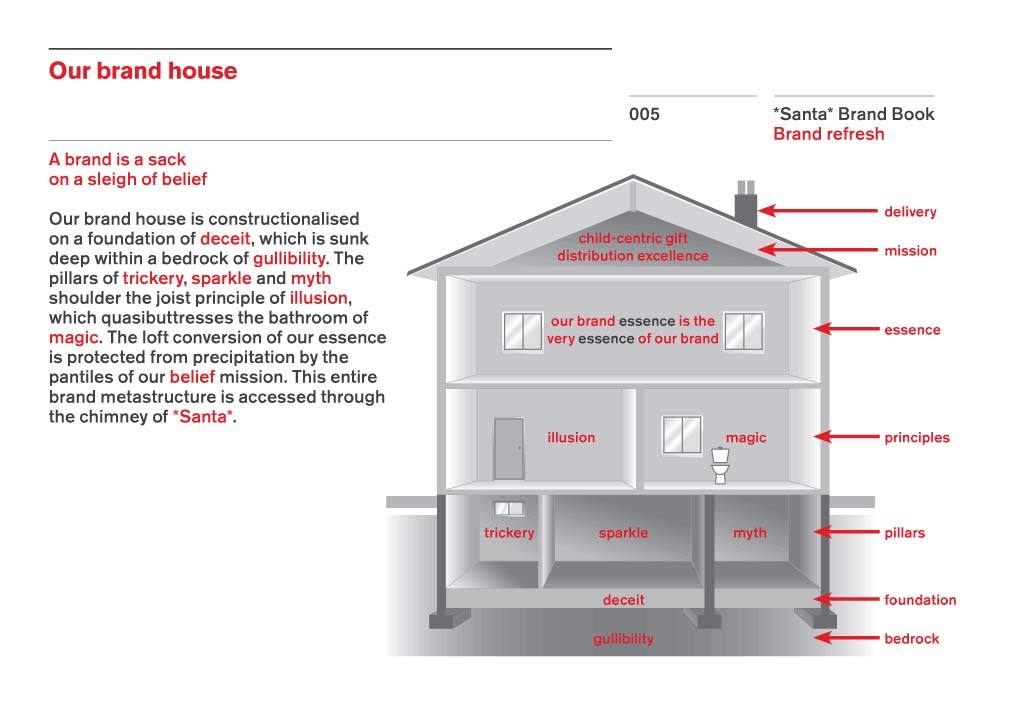 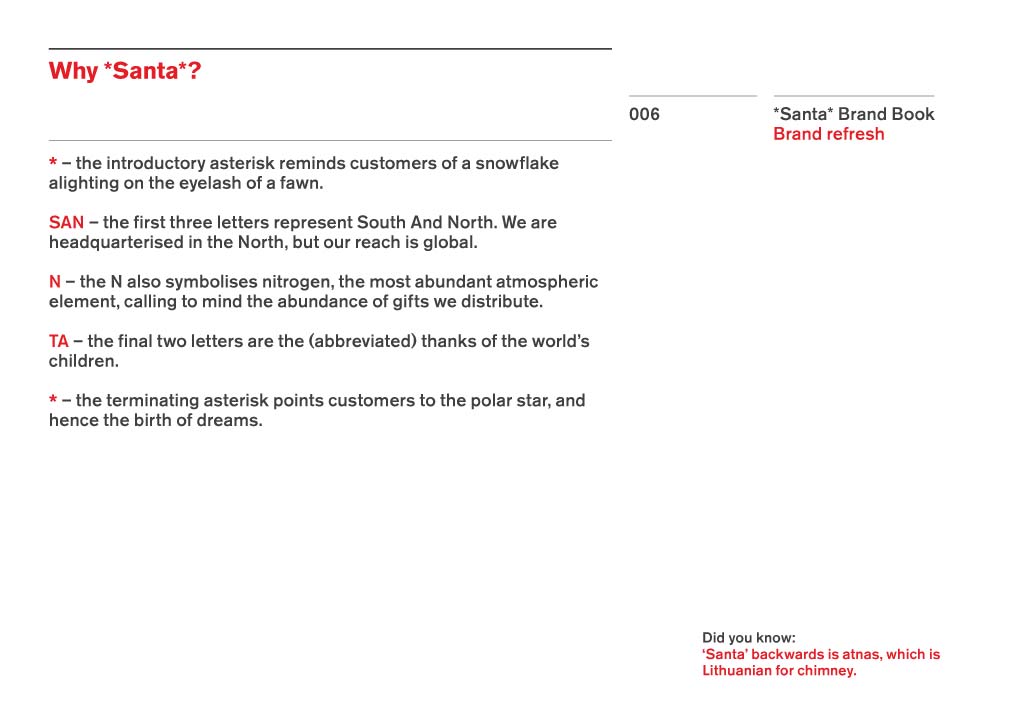 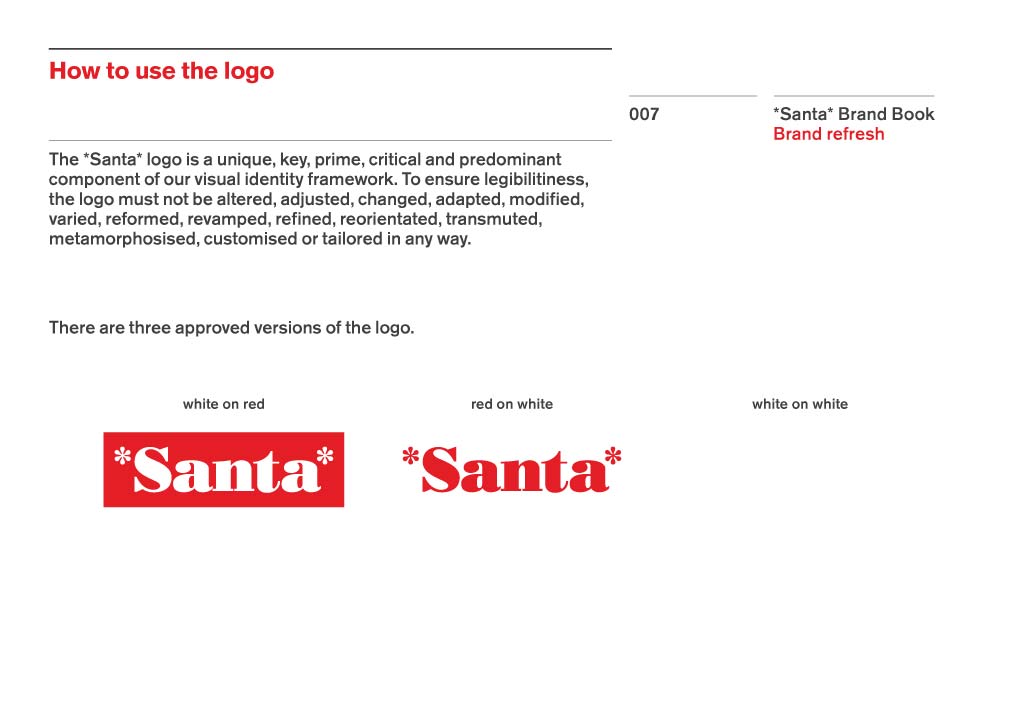 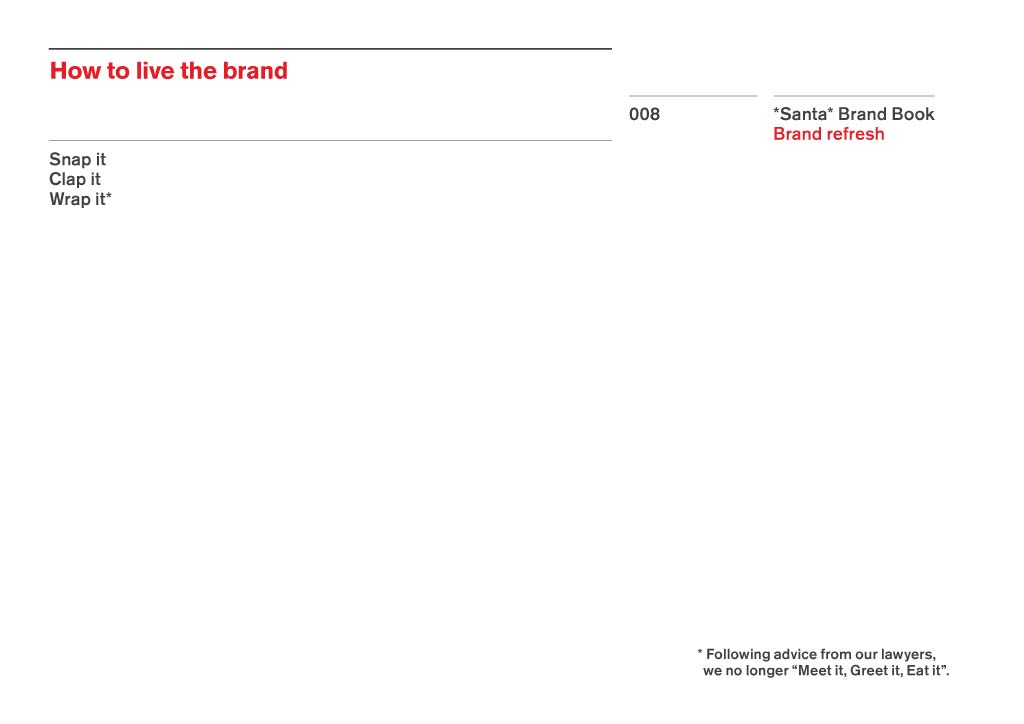 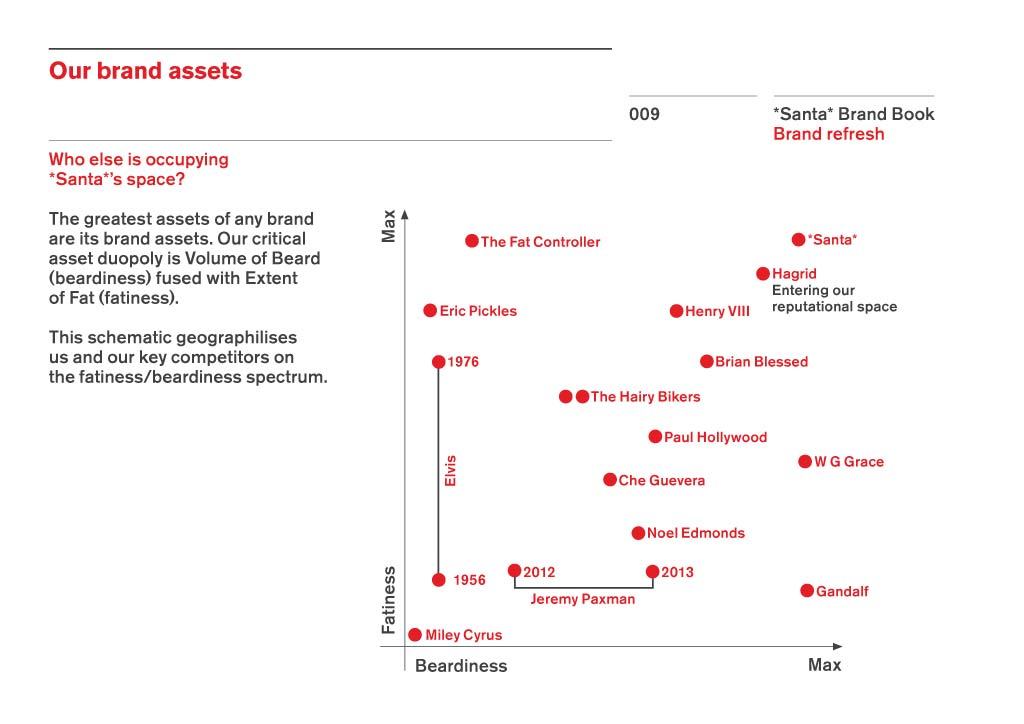 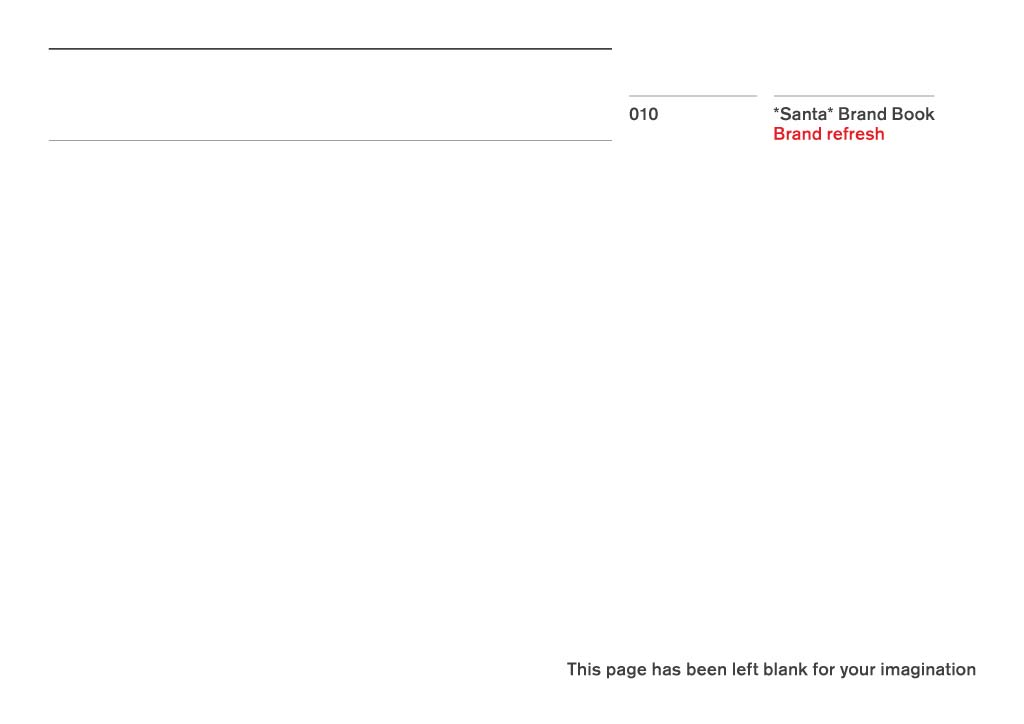 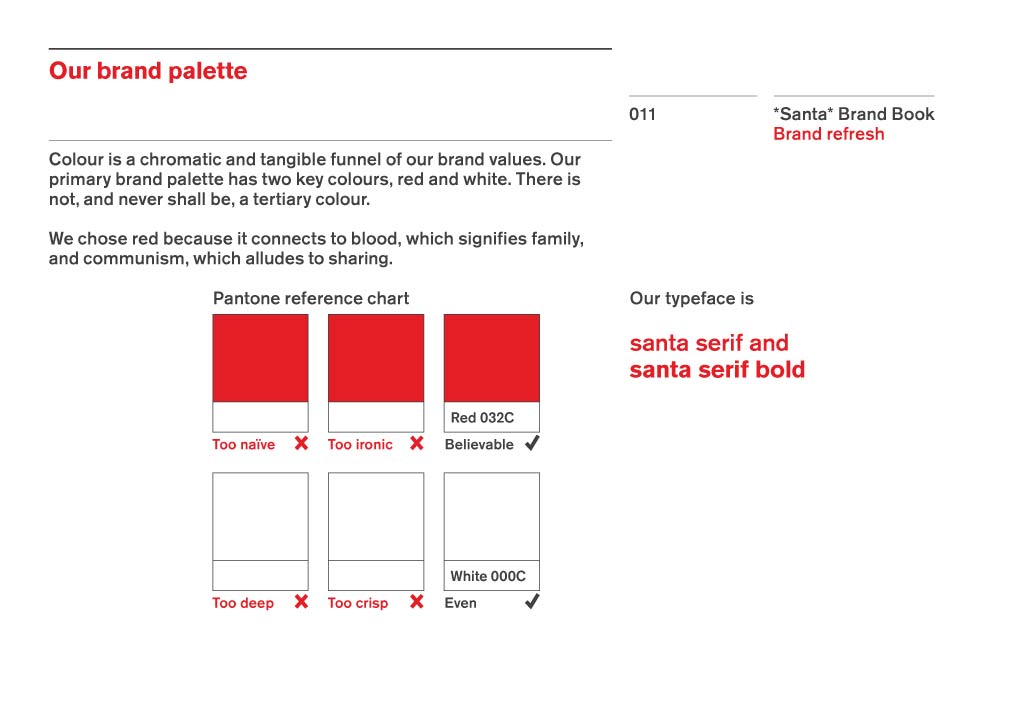 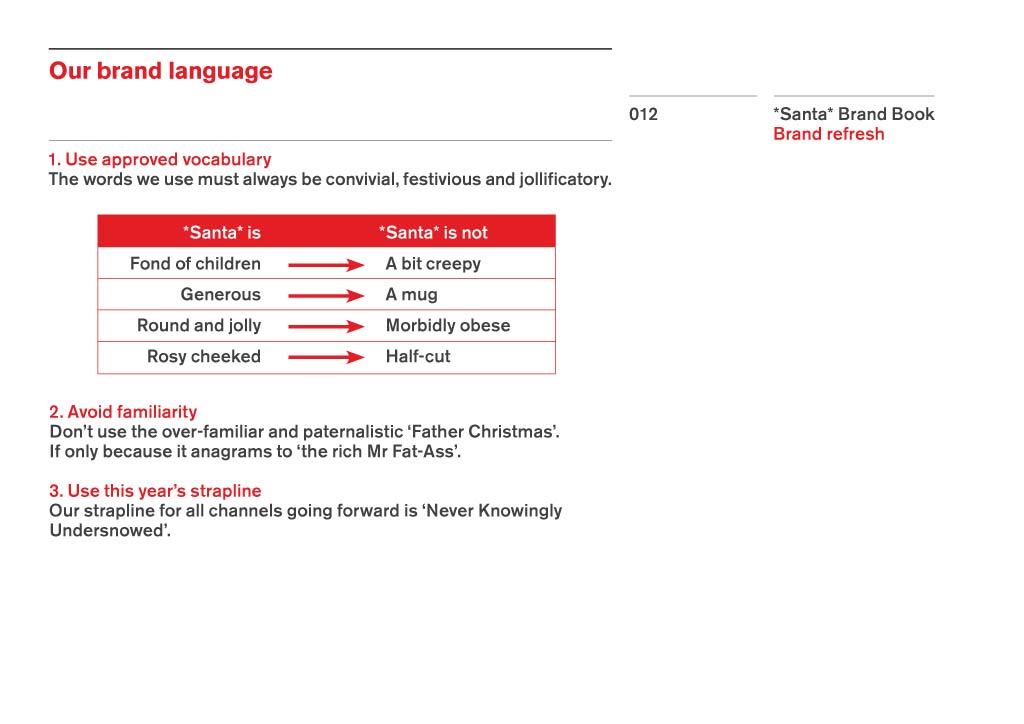 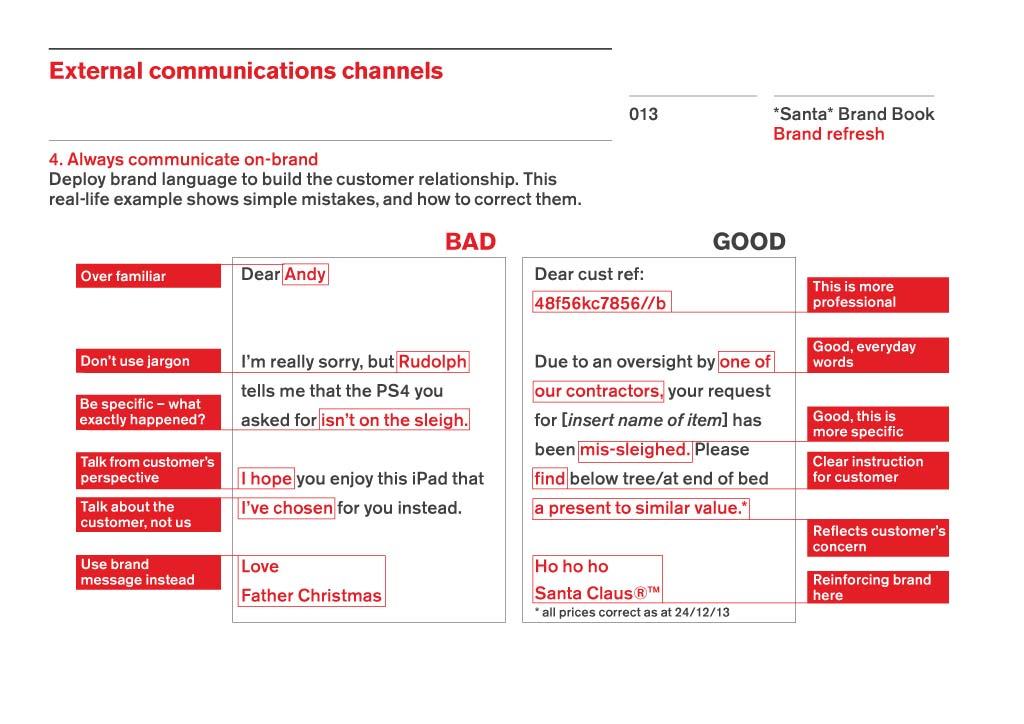 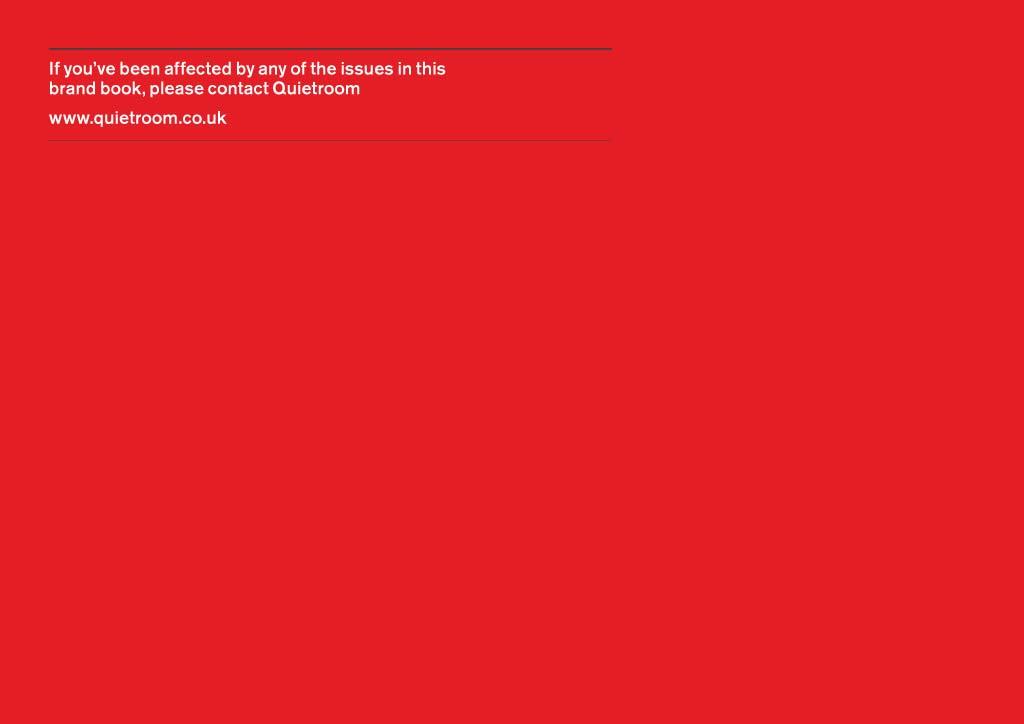