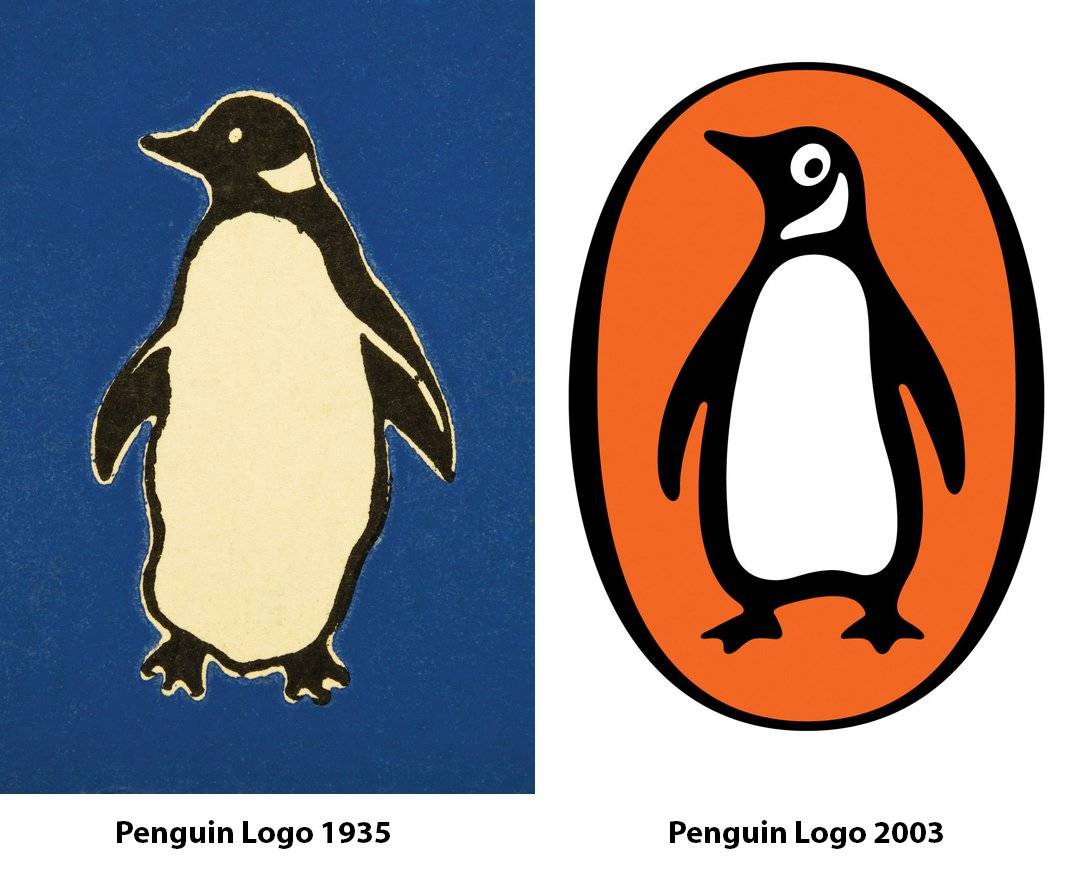 Like many famous logos with such a long history, Penguin Books logo has seen a number of relatively ‘subtle’ design changes in it’s 80 years of fronting the Penguin brand.

The logo was last ‘refreshed’ only back in 2003, by Angus Hyland (@AngusHyland), from Pentagram.

Evolution of the Penguin logo via The Book of Paperbacks (1981) by Piet Schreuders. pic.twitter.com/ryHEb0teD8

CreativeBloc has a wonderful write-up on the Evolution of the Penguin Books Logo that’s well worth a read: The tale behind the Penguin logo

Wikipedia: Penguin Books is a British publishing house. It was co-founded in 1935 by Sir Allen Lane with his brothers Richard and John,[2] as a line of the publishers The Bodley Head, only becoming a separate company the following year.[3] Penguin revolutionised publishing in the 1930s through its inexpensive paperbacks, sold through Woolworths and other high street stores for sixpence, bringing high-quality paperback fiction and non-fiction to the mass market.[4] Penguin’s success demonstrated that large audiences existed for serious books. Penguin also had a significant impact on public debate in Britain, through its books on British culture, politics, the arts, and science.[5][6]

Penguin Books is now an imprint of the worldwide Penguin Random House, an emerging conglomerate which was formed in 2013 by the merger with American publisher Random House.[7] Formerly, Penguin Group was wholly owned by British Pearson PLC, the global media company which also owned the Financial Times,[8] but in the new umbrella company it retains only a minority holding of 25% of the stock against Random House owner, German media company Bertelsmann, which controls the majority stake. It is one of the largest English-language publishers, formerly known as the “Big Six”, now the “Big Five”, along with Holtzbrinck/Macmillan, Hachette, HarperCollins, and Simon & Schuster.[9]