Gary Anderson, age 23, Designed the Recycling Logo for a Contest in 1970

Designer Gary Anderson, then aged 23, is famous for designing the recycling logo in 1970, one of the most recognisable logos in the world.

Now this is what you call a timeless logo design…

People get up in arms about the amount of design contests nowadays, but bear in mind: they’ve been around for a long long long time, probably longer than you’ve been alive.

I would myself not be born for another 2 years: 9th January, 1972 And yet now, at the age of 48, I can proudly say I have amassed over 28 years experience in commercial print and design. Time flies…

Imagine being Gary Anderson, at the beginning of his professional life, winning this particular contest, and having that pretty much set you up in your career for the rest of your life.

The design has become one of the most important pieces of design; not just about fancy aesthetics, but form and function. 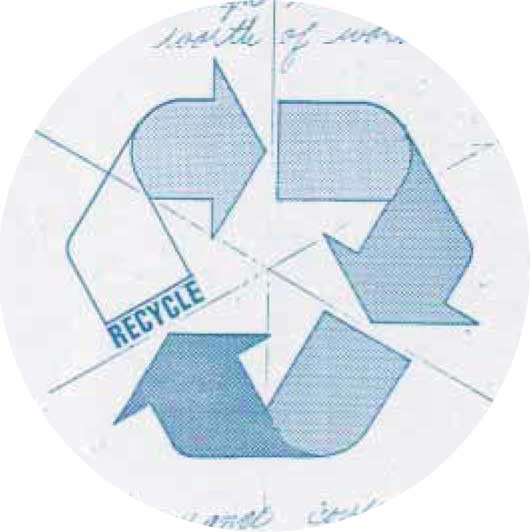 Emmy Rosam: The Recycling Logo was drawn by hand with pin and ink. Anderson has openly stated that he feels his designs were influenced by M.C. Escher’s art, Möbius strip, the wool symbol (in regard to spinning fibres) and the concept of the mandala.

It took a number of years for the recycling symbol to catch on once it was put into effect. Anderson himself stated that he had only seen the symbol a couple times while travelling in Europe, many years after he won the competition.

Andersons passion was focused on architecture and urban design so once his design started to become implemented into society instead of pursuing a career in graphic design, he moved away from this and continued his career in urban design and architecture.

Gary Dean Anderson (born 1947) is an influential graphic designer and architect. He is most well known as the designer of the recycling symbol, one of the most readily recognisable logos in the world.

Anderson enrolled in the USC school of Architecture. He studied from 1966 to 1970. He left with a bachelor of architecture in 1970 and went on to complete a masters in urban design. The symbol was the result of a competition. In 1970s, the container corporation of America started a competition to create a symbol which could be used to represent recycling.

The competition also honoured the first Earth day. Many people all over the country entered this competition with their own ideas and designs for the logo, over 500 students to be exact. Anderson’s design ended up being chosen as the winning piece of design.