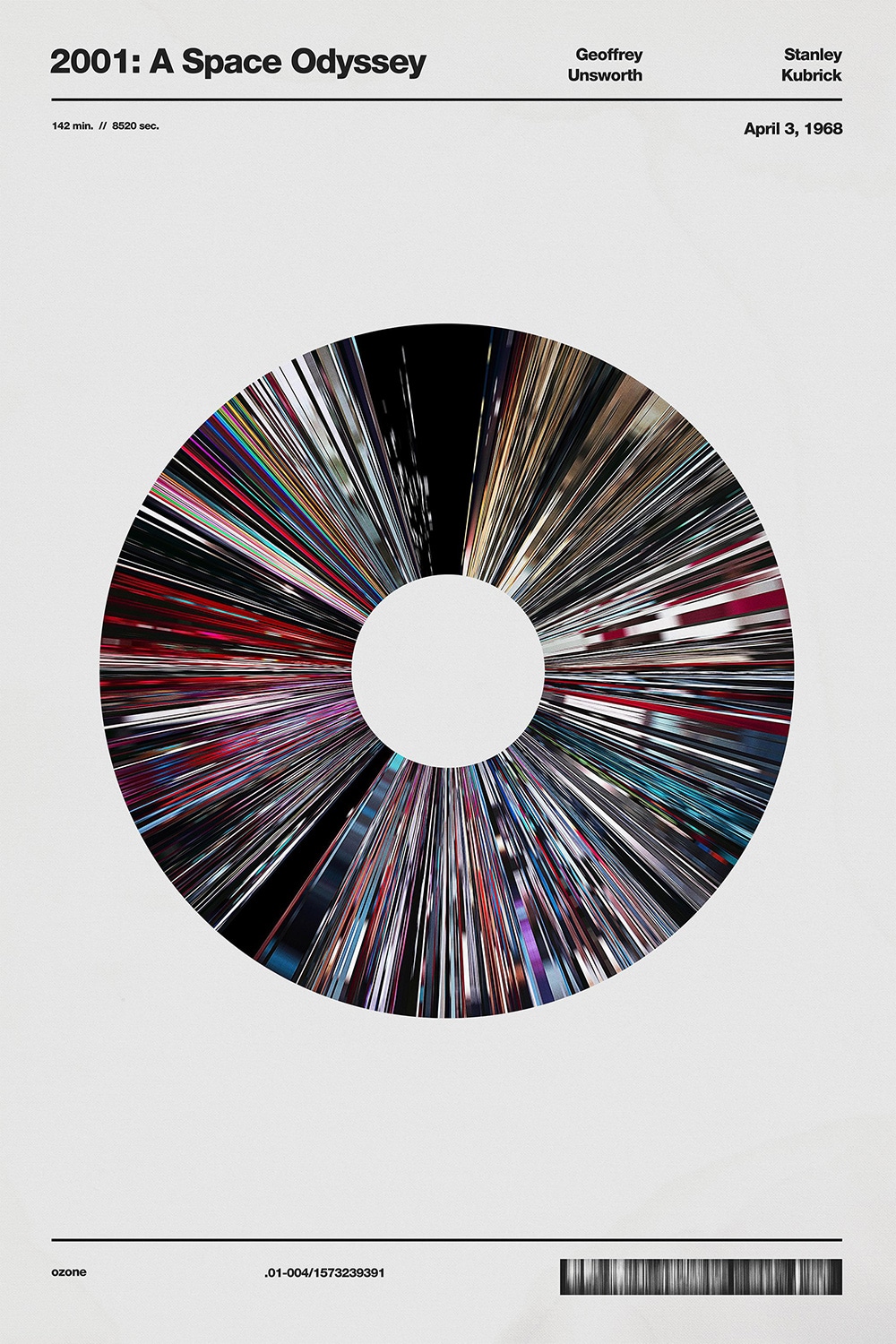 Reddit user julekca aka Julien a computer science student from Poland (@theozonelab on Instagram) has created a 2001 A Space Odyssey Poster, and many others, based on individual frames from movies and songs, which have been compressed and arranged in the shape of a CD-ROM.

Or, as it’s properly described:

computer-generated polar projection of the compression of all the frames from the movie.

The science/math/programming is a little beyond me, but apparently it isn’t rocket science, at least according to julekca:

The explanation of the process is as follows:

I’m using Python with some image processing libraries (mainly OpenCV and Pillow) for the whole thing.

• First, the program reads the video and extracts a specified number of frames (here, 1600) in the chronological order (it computes how much time between each frames is needed in order to extract until the last frame)

• Finally once this barcode is created, I generate the polar projection of it which gives this “CD-ROM/O” shape.

• Make sure the audio file you’re using is high-quality with a good bitrate (I would see that’s the most important thing to keep in mind). I’m converting it to a mono signal and creating the corresponding array of data so I can use the specgam function to generate a high resolution spectrogram. 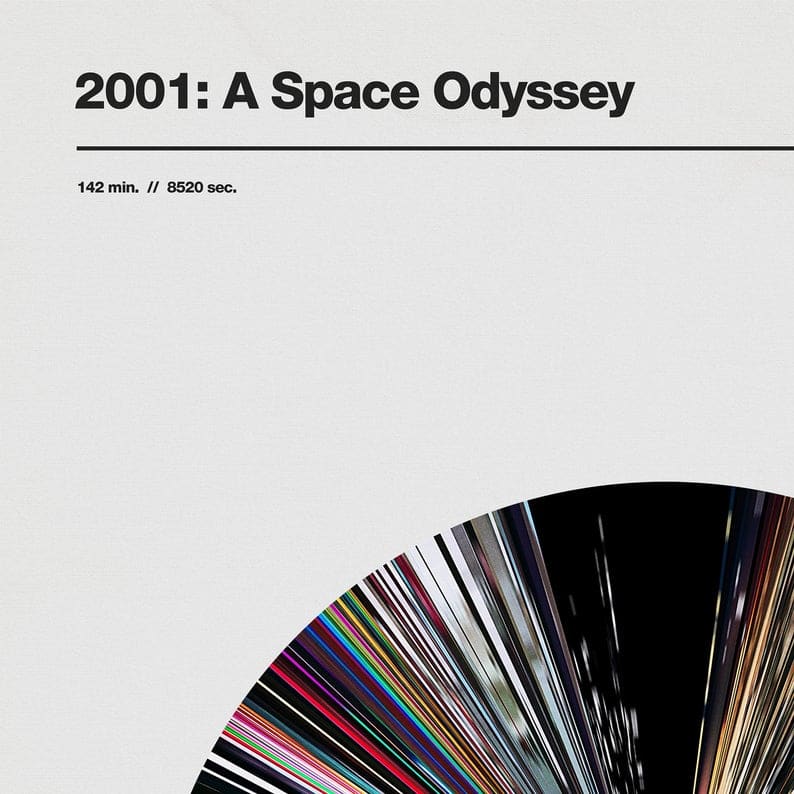 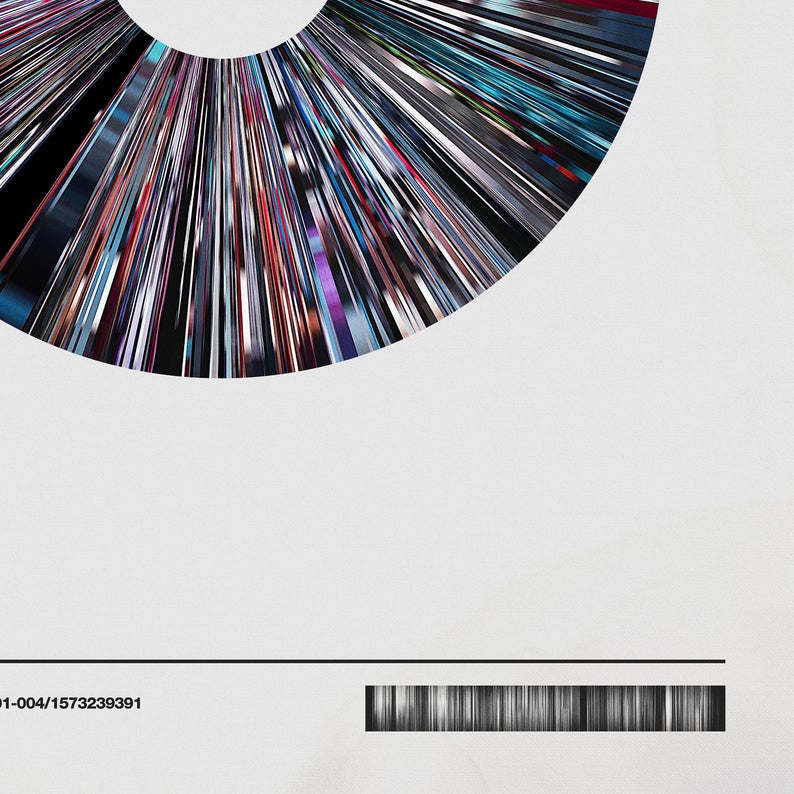 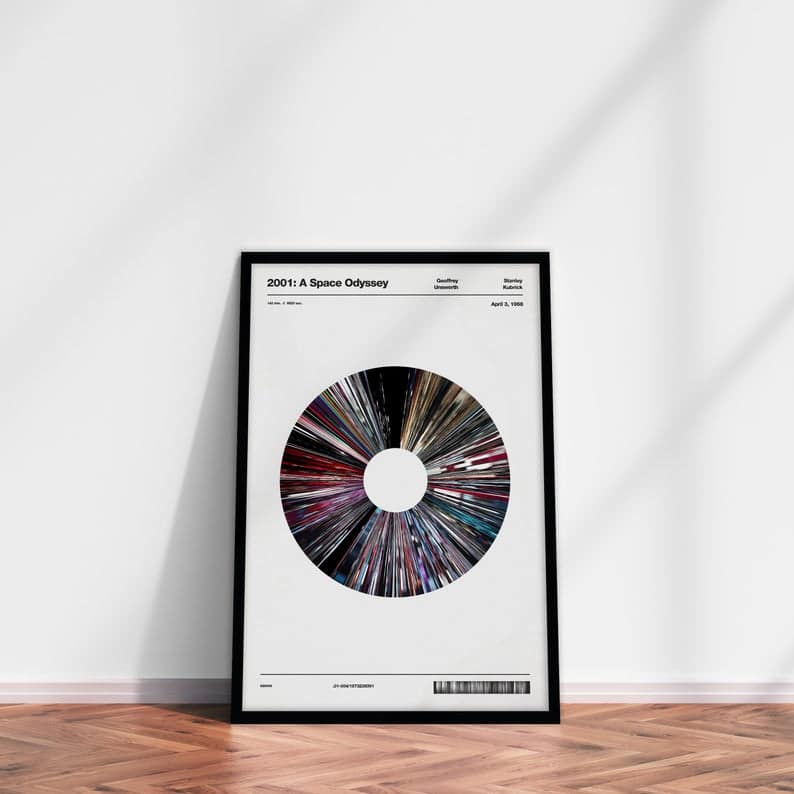 When all is said and done, this is a format that has been popular for a few years; this whole breaking down of movie frames into individual segments (thecolorofmotion), but this particular format, and the design and style of the posters makes this pretty shit hot.

I’m a big fan of all of these, and here’s just a small selection of the posters available for purchase via the Etsy Store.

Art made with code

Ozone is a place that connects the world of art and visualization with computer programming.

Created by a computer science student who is passionate about these two fields, it currently gathers posters that characterize a whole film or an entire music in one of the simplest forms: a circle, hence the name (“O zone”). This form is partly chosen to recall the CD-ROM.

For the first collection (.01 – MOVIES), a large number of images are extracted from the video and then placed end to end with a fixed width of 1 pixel. For the second (.02 – MUSICS), this circle is a polar projection of the spectrogram of the corresponding audio signal. In each case, the circle establishes a unique representation of the subject: it is in a way its fingerprint.

The beginning and end of the movie/music are at the top of the circle (at noon). It is read clockwise.

You can have a better idea of the whole process thanks to the images above.

For any personalized request, do not hesitate to send a message using the appropriate button on the shop page.

Purchase as Prints from TheOzoneLab’s Shop 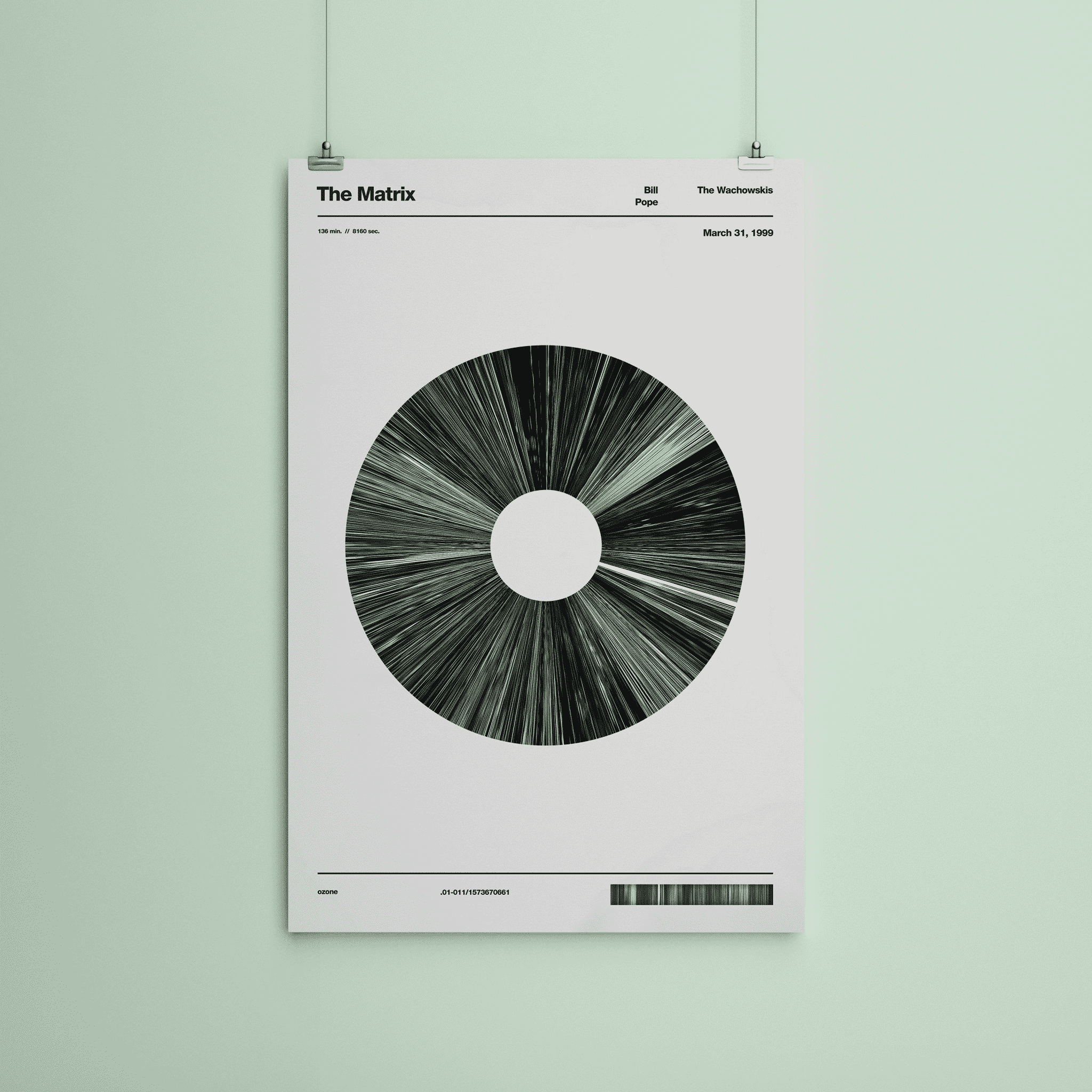 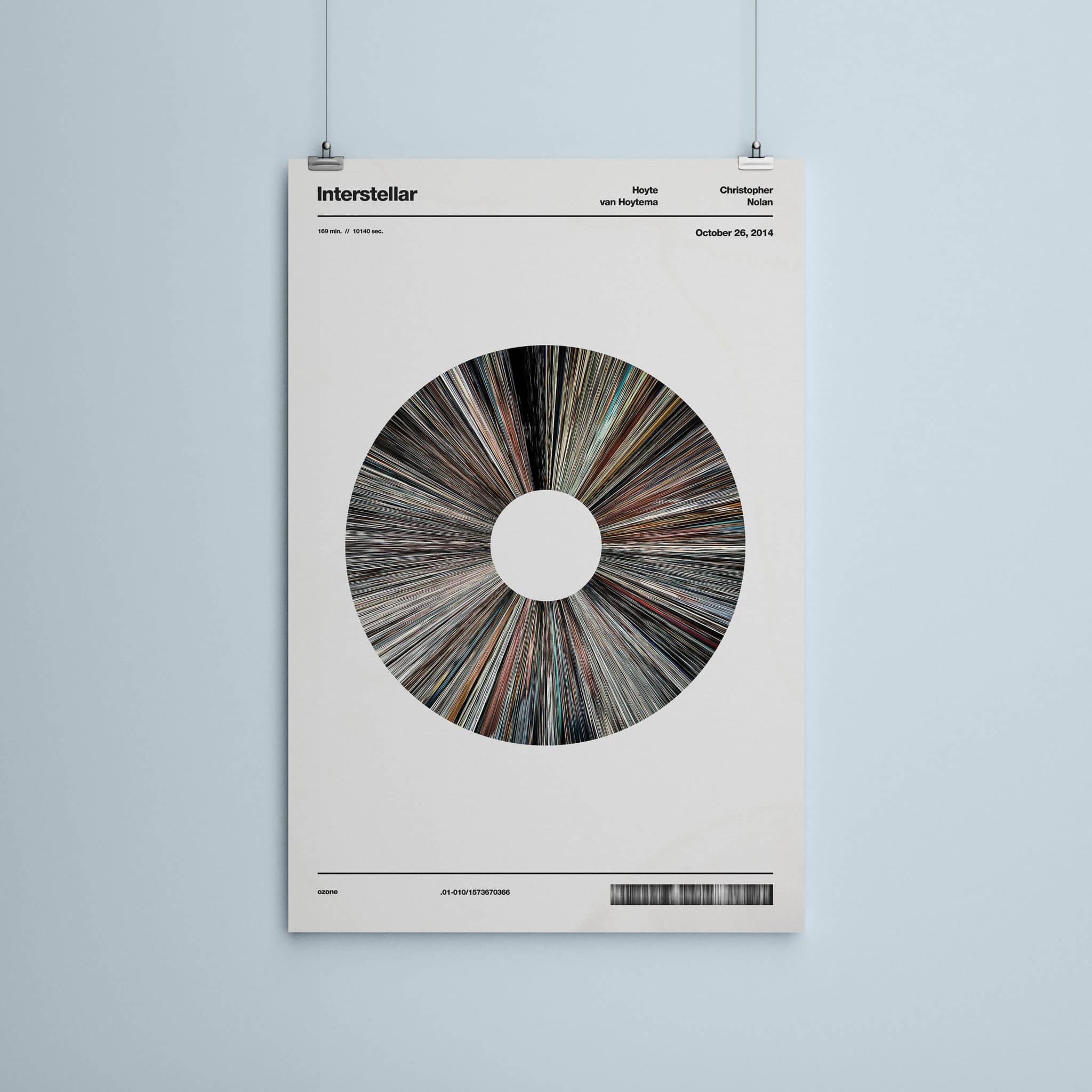 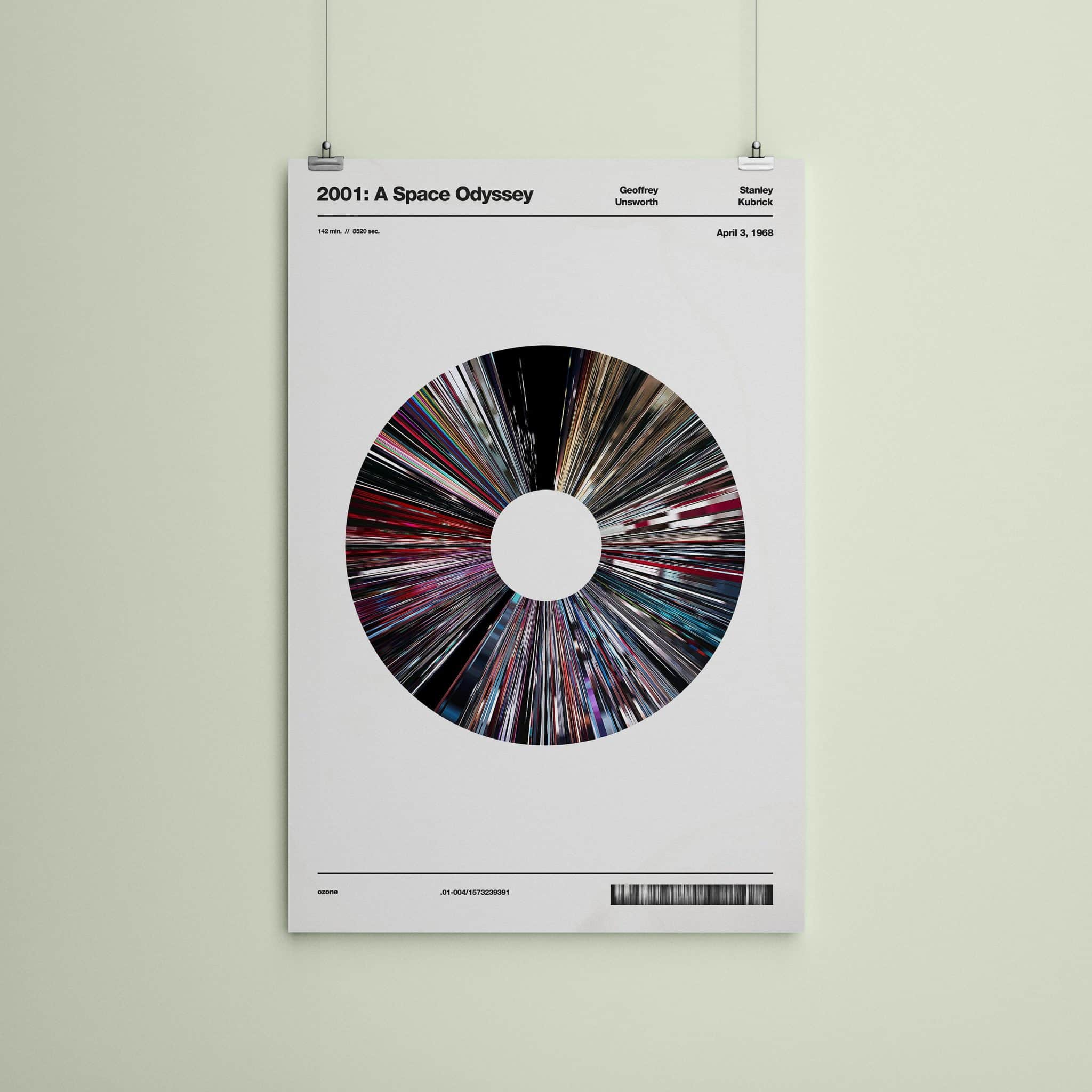