Always love seeing these colour inspired random design snippet’s from the ever increasing fountain-of-knowledge, in this case the ‘snippet’ is the Pantone Colour References for Star Wars Character Boba Fett.

I love his open questions, especially:

Is the dark side coated, or uncoated?

Daniel Gray: “Flicking through the enormous and fantastic The Making of The Empire Strikes Back, I stumbled upon this little curio: Pantone references for Boba Fett’s costume, provided by ILM for the licensing branch of Lucasfilm.

Presumably similar guidelines were drawn up for other characters.

What specific shade is Yoda?

What are the colour refs for all of the lightsabers?

Is the dark side coated or uncoated?” 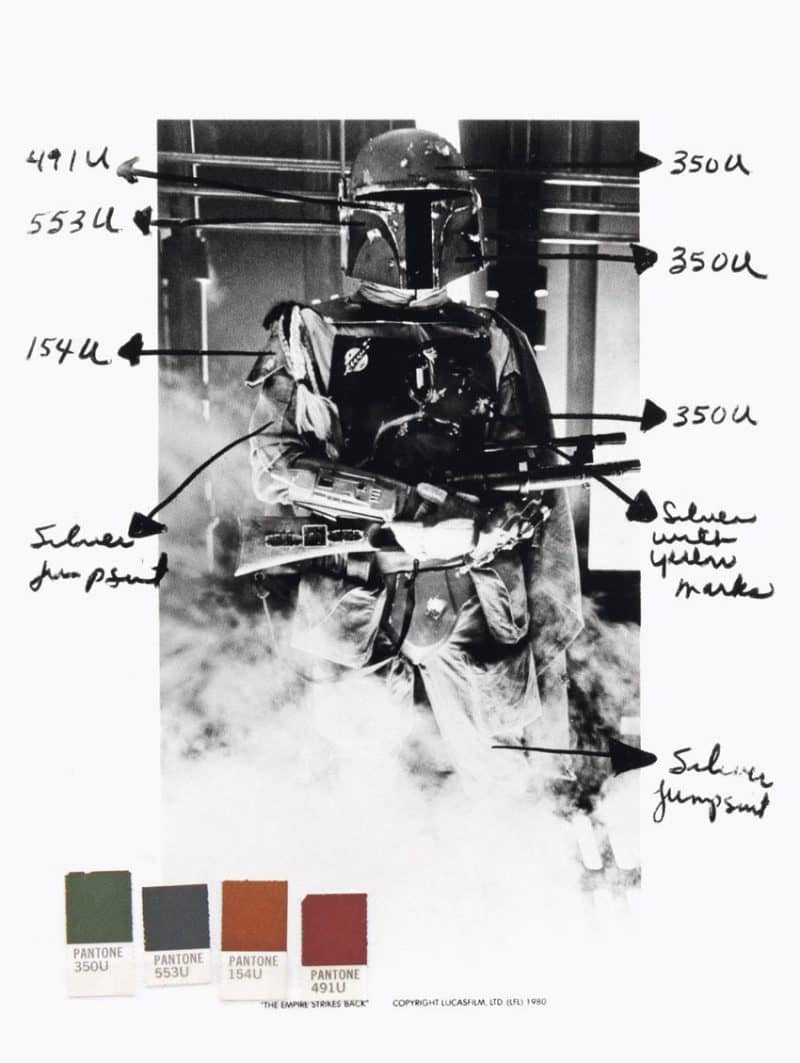 Wikipedia: Boba Fett (/ˌboʊbə ˈfɛt/) is a fictional character and bounty hunter in the Star Wars franchise and the pilot of the Slave I spaceship. In Episode V – The Empire Strikes Back (1980), he is hired by Darth Vader to capture Han Solo. He also appears at Jabba the Hutt‘s palace in Episode VI – Return of the Jedi(1983). In 1997, he was retroactively added to the Special Edition of Episode IV – A New Hope. The character is noted for speaking very few words and never removing his helmet in the original trilogy.


→ Work in Process: Colour Swatched Icon Design for a Color Swatch App by The Logo Smith
Pretty pleased so far on progress of these icons I’m designing for a Color Picker & Swatch application, for iOS. There’s already so many app icons, that are…...