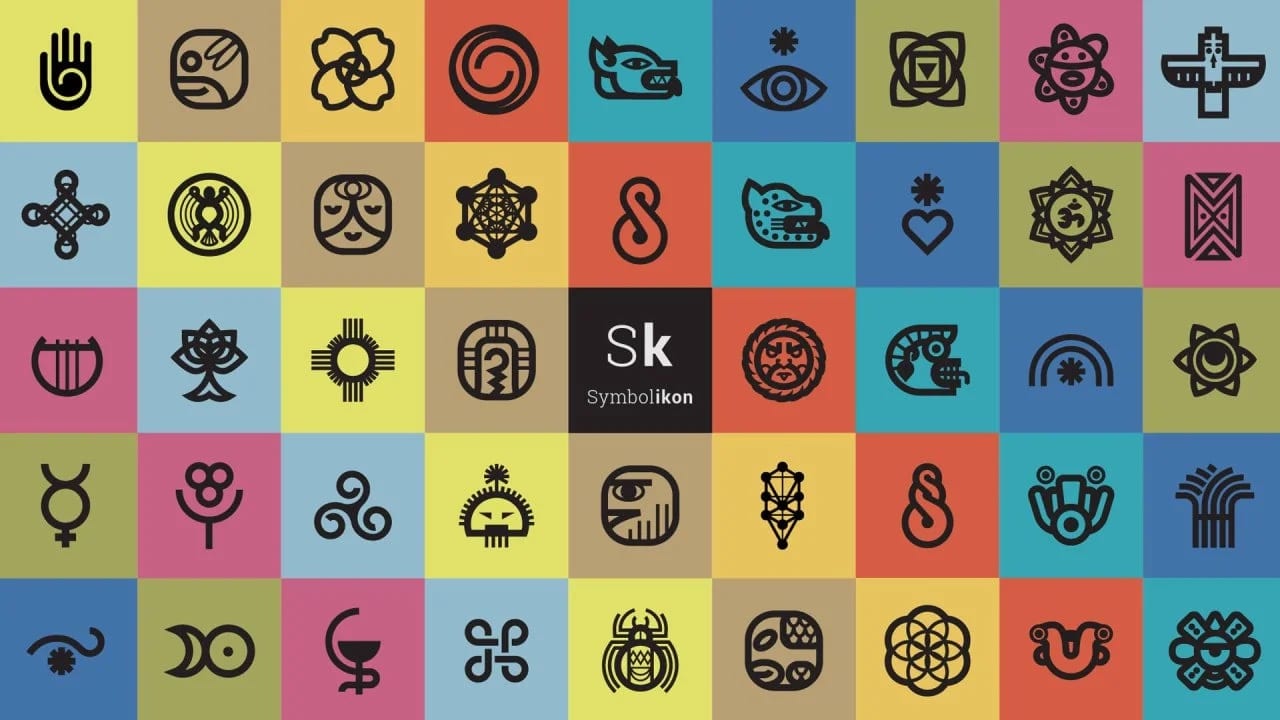 Symbolikon – Library of Ethno Esoteric Symbols for Creatives on Kickstarter

Symbolikon is an Extended Visual Library of 650+ EthnoGraphic Symbols categorized with Meanings. Carefully Redesigned in a consistent and modern style, and is currently being funded on Kickstarter.

The Symbolikon Digital Encyclopedia, was created by the Rome-based visual designer Michela Graziani, who spent three years researching more than 650 symbols that will hopefully (if fully funded on Kickstarter) appear on a digital website, and the printed poster. 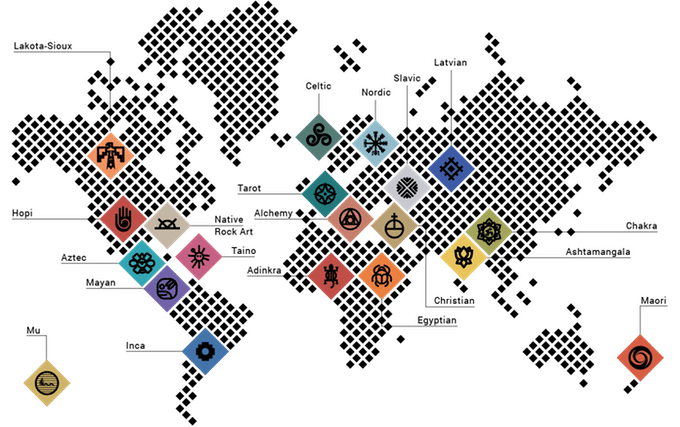 Michela Graziani: Before I made Symbolikon, I couldn’t find a comprehensive library of symbols throughout ages and cultures, a library that could give me an organic vision of symbology both in term of meanings and graphic signs.  In addition graphic symbols were a chaotic jumble of different graphic styles and qualities coming from different sources and none offered a vector version of symbols. Anthropographic studies are too much wordy and complex for not experts.

Then the idea popped into my head “Transform human symbols in modern and usable icons” – standardized, simple, beautiful – and vectorized. And so over the course of the last year I focused myself in researching and designing these 650 unique glyphs to share with you – graphic designers, artists, tattoo artists, fashion designers, ceremonial magicians, activists, and aesthetes and symbol-lovers of all kinds. 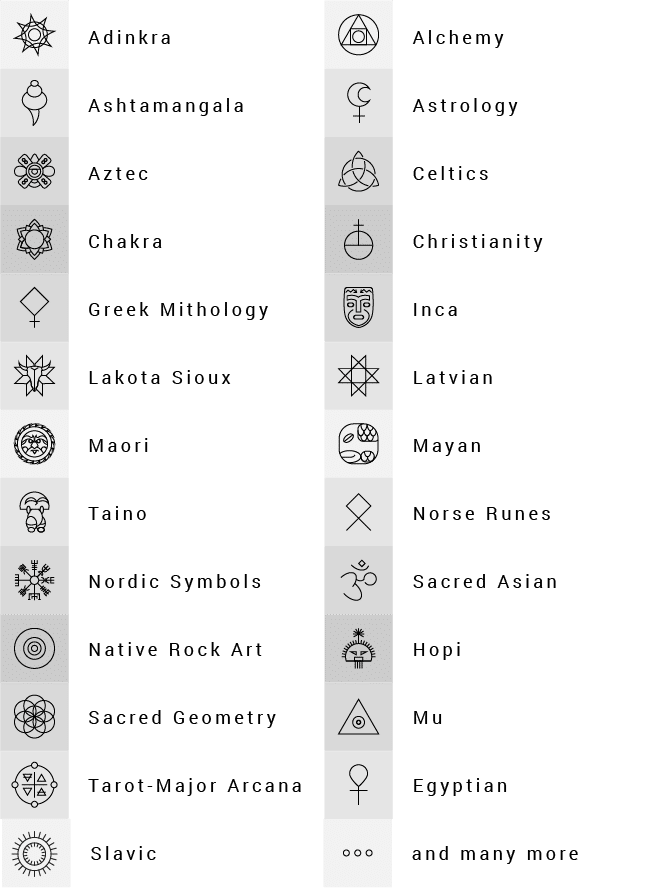 Support and Fund Symbolikon on Kickstarter before 20th August 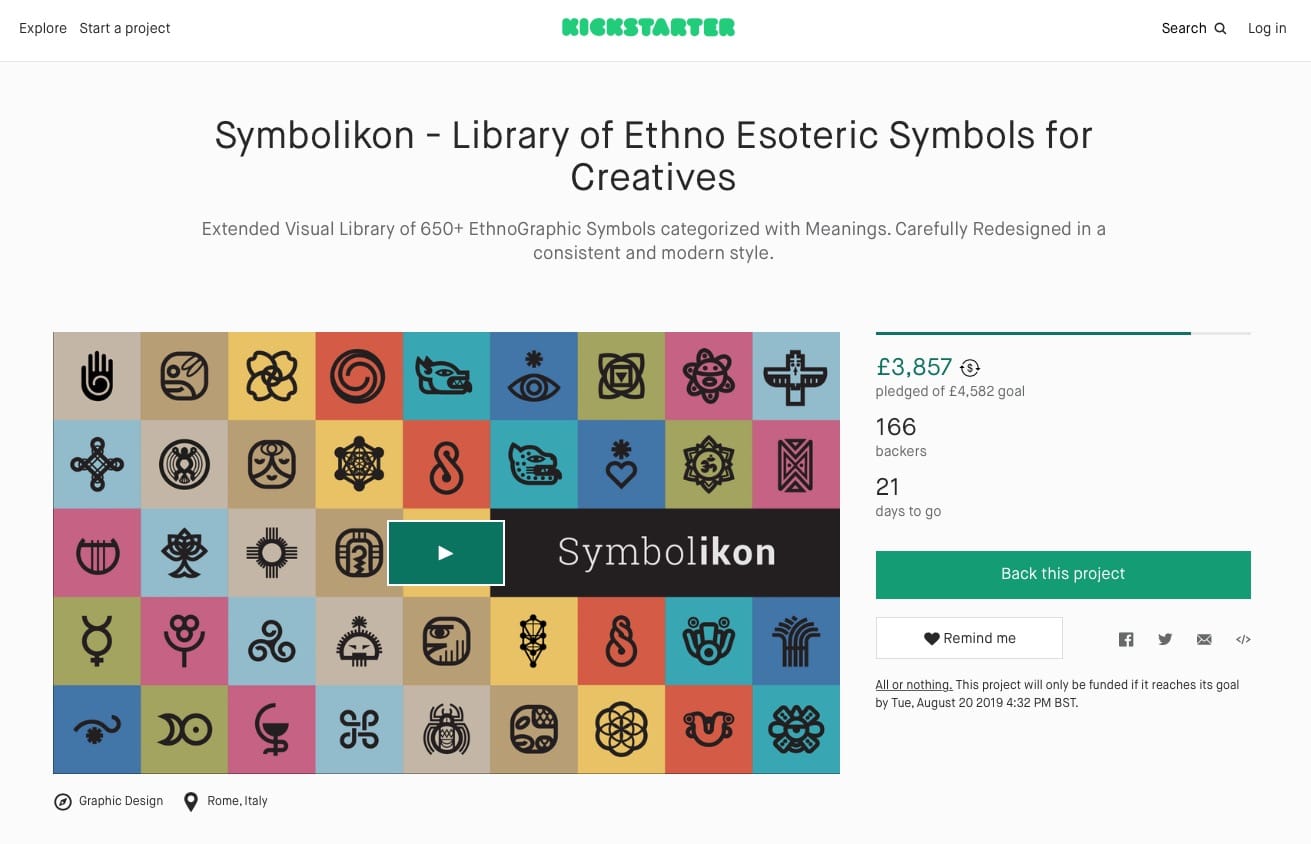