A while back I posted about the Fender logo: The Fender Logo Design Evolution, and it’s various design updates and tweaks over the decades.

Although quite a few of the iterations have been accredited to certain individuals, the current incarnation of the Fender logo was, up and till now, designed by someone unknown.

I ended that particular post with a question: Who designed the current Fender logo?

I Googled and Bing’d, but couldn’t find a damn thing about the artist responsible for this most recent update. I sent out a general tweet asking for help in tracking down the person responsible, and I even tweeted Fender direct, but sadly no reply from them.

Things like this erk me a little, as the logo is clearly gorgeous, and fronts one of the most well-know musical brands ever.

Almost tragic that this update of the Fender logo should be uncredited. Until now…

I received an email from Chris Kiehm, who went on to tell me the following:

I am a marketing guy and my great uncle Jim Cruikshank is the man responsible for the swoosh “F” in the logo… He was a commercial artist for them for many years!

I was doing some research the other day and stumbled upon an interview with my uncle!

So there we have it: One less unknown classic and historic brand logo design, now properly credited to Jim Cruikshank. 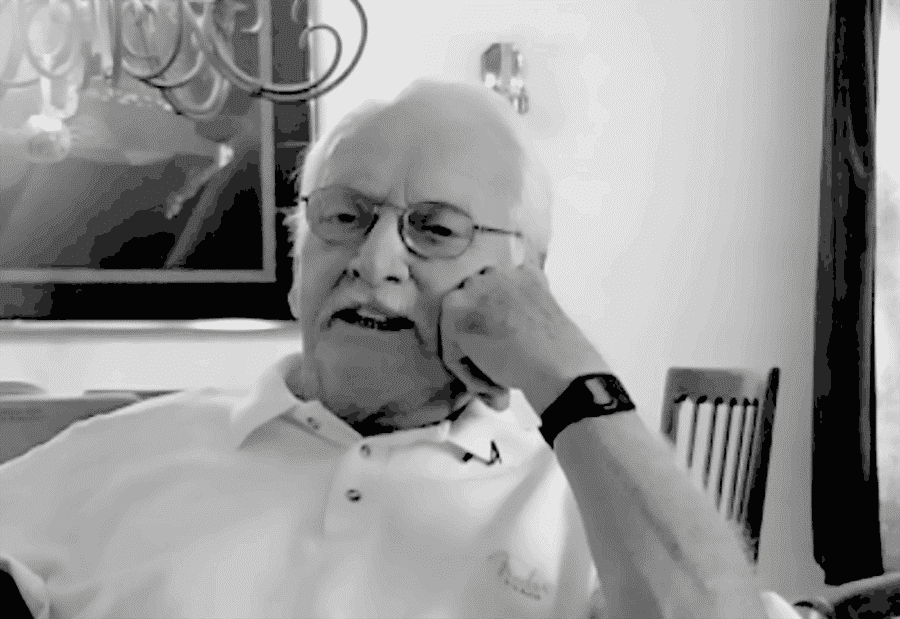 Namm.org: Jim Cruickshank has an eye for design! While a proud member of the Fender guitar team, Jim designed many of the most memorable trade show displays for the company, including the 14-foot neck and headstock.

Jim also worked on many of the company’s best known marketing graphics, and even redesigned the company logo.

When he was approached to add a bit of a splash to the logo, which was really just the name of the company in silver letters, Jim took on the task.

He worked on several ideas but liked the simple flare he added to the first letter, a “fish tail” on the letter “F,” which was embraced by Leo Fender. The logo was then changed.