I found this particular visual example, of demonstrating the various types of Colour Blindness: Tritanopia, Protanopia, Deuteranomelia and Total Colour Blindness, to be quite effective at grabbing my attention for once.

My simple, yet creative, brain likes pretty coloured pencils; for once I’ve found myself acknowledging what a challenge and utter frustration it must be to suffer from any form of Color Blindness, particularly full colour blindness.

Color Blindness Awarness: Colour (color) blindness (colour vision deficiency, or CVD) affects approximately 1 in 12 men (8%) and 1 in 200 women in the world. In Britain this means that there are approximately 2.7 million colour blind people (about 4.5% of the entire population), most of whom are male. 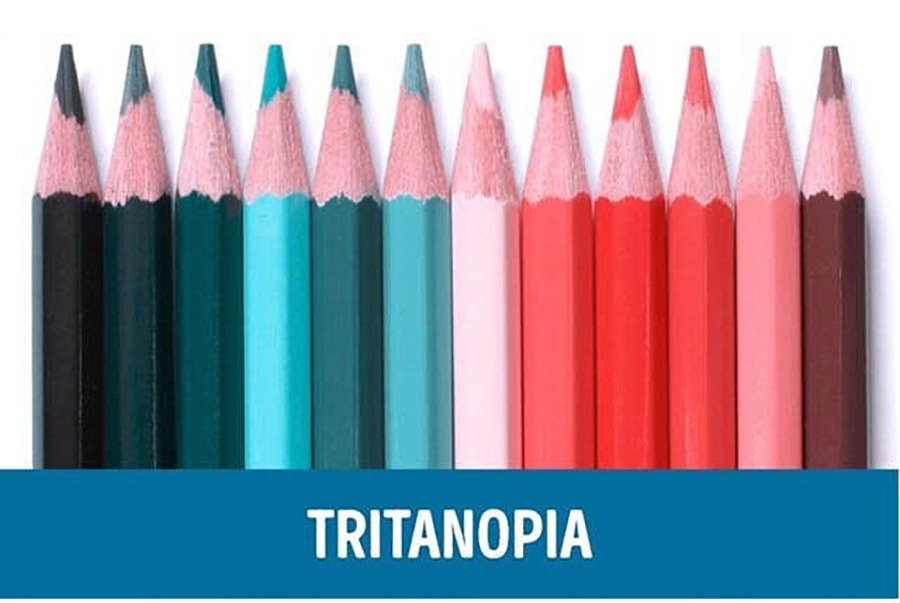 Tritanopia (less than 1% of males and females)

Yellow is indistinguishable from pink, and purple colors are perceived as various shades of red. This form of color blindness is not sex-linked 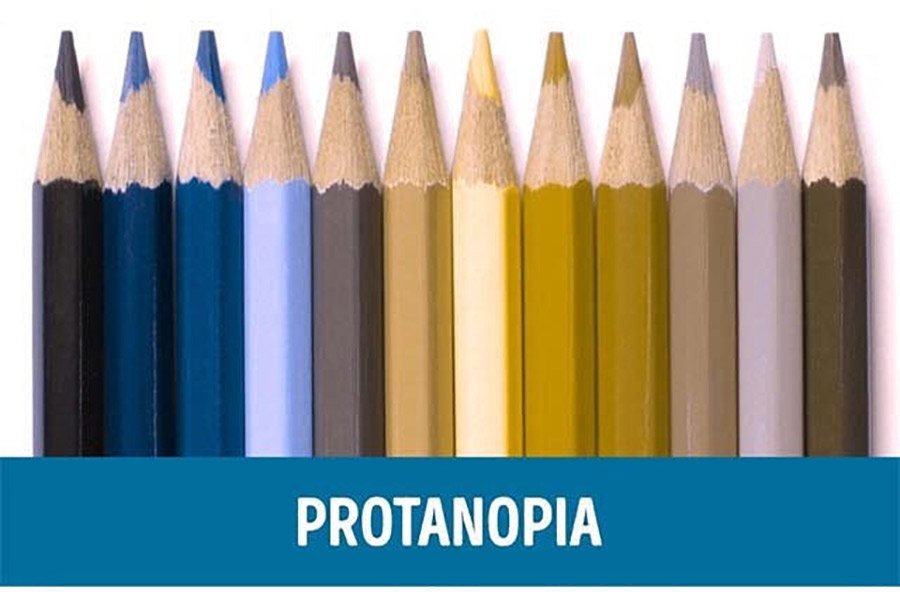 Protanopia is a severe type of color vision deficiency caused by the complete absence of red retinal photoreceptors.

Protans have difficulties distinguishing between blue and green colors and also between red and green colors. It is a form of dichromatism in which the subject can only perceive light wavelengths from 400 to 650 nm, instead of the usual 700 nm.

Pure reds cannot be seen, instead appearing black; purple colors cannot be distinguished from blues; more orange-tinted reds may appear as very dim yellows, and all orange–yellow–green shades of too long a wavelength to stimulate the blue receptors appear as a similar yellow hue.

It is hereditary, sex-linked, and present in 1% of males.

Deuteranopia is a type of color vision deficiency where the green photoreceptors are absent.

It affects hue discrimination in the same way as protanopia, but without the dimming effect. Like protanopia, it is hereditary, sex-linked, and found in about 1% of the male population 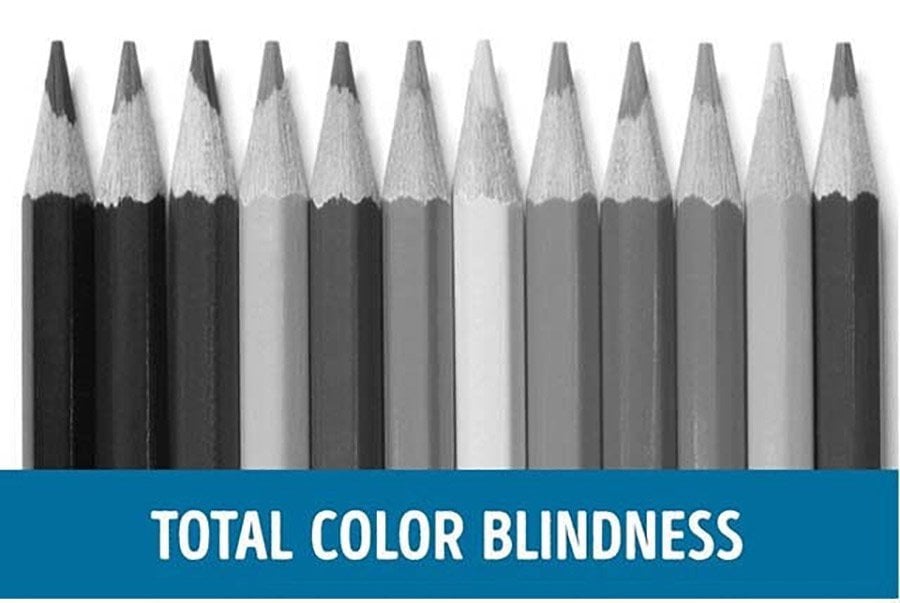 Defined as the inability to see color. Although the term may refer to acquired disorders such as cerebral achromatopsia also known as color agnosia, it typically refers to congenital color vision disorders (i.e. more frequently rod monochromacy and less frequently cone monochromacy).[30][31]

In cerebral achromatopsia, a person cannot perceive colors even though the eyes are capable of distinguishing them. Some sources do not consider these to be true color blindness, because the failure is of perception, not of vision. They are forms of visual agnosia.[31]

Monochromacy is the condition of possessing only a single channel for conveying information about color. Monochromats possess a complete inability to distinguish any colors and perceive only variations in brightness. It occurs in two primary forms: