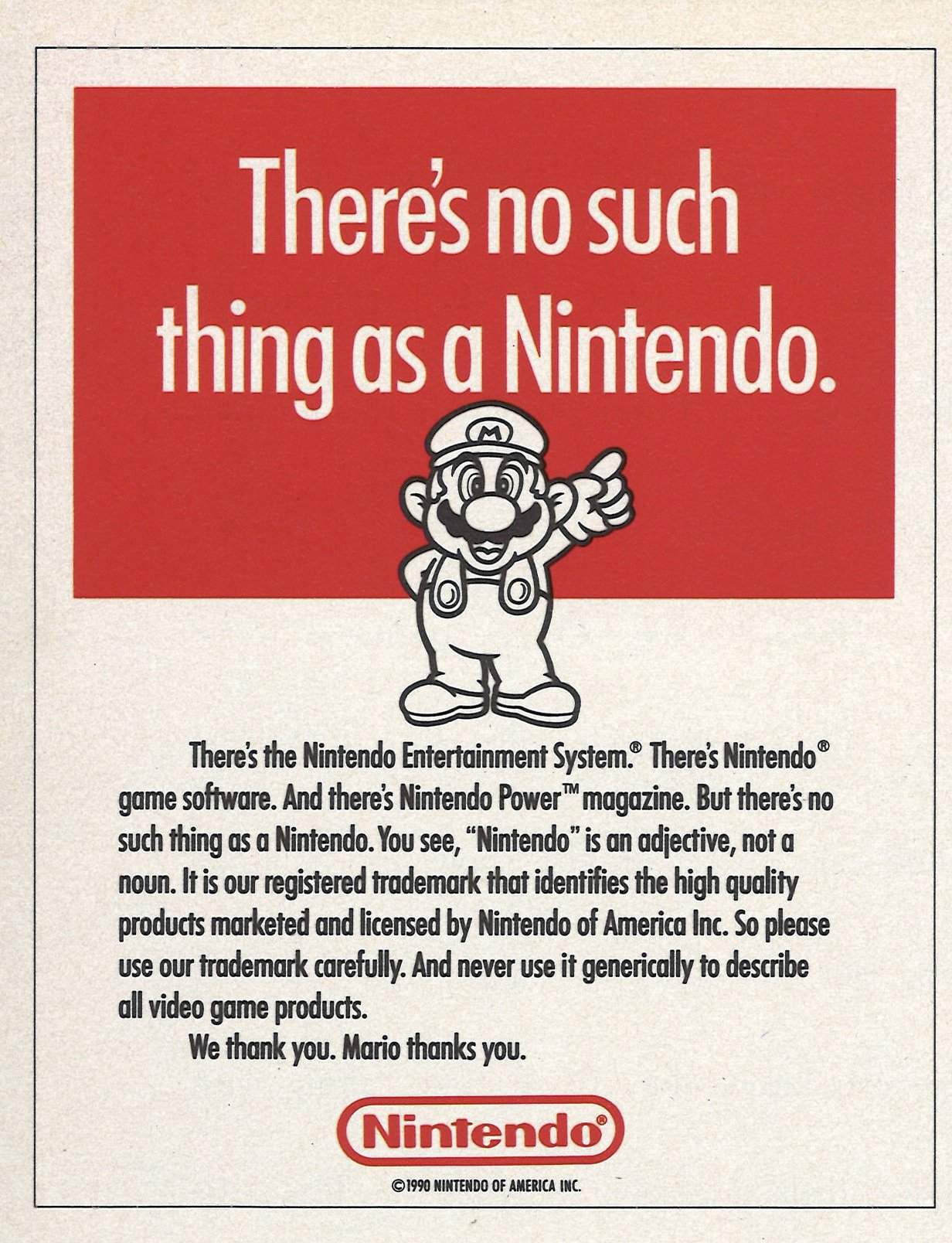 There’s no such thing as a Nintendo, Poster from 1990

I love this vintage Nintendo poster so much, put out by a desperate Nintendo of America Inc, way back in 1990.

Such a classic, and shows how times change when it comes to brand names becoming nouns.

You see, “Nintendo” is an adjective, not a noun.

But there’s no such thing as a Nintendo.

You see, “Nintendo” is an adjective, not a noun.

It is our registered trademark that identifies the high quality products that marketed and licensed by Nintendo of America Inc.

So please use out trademark carefully.

And never use it generically to describe all video game products.

We thank you. Mario thanks you.

Wikipedia: Nintendo Co., Ltd.[a] is a Japanese multinational consumer electronics and video game company headquartered in Kyoto. Nintendo is one of the world’s largest video game companies by market capitalization, creating some of the best-known and top-selling video game franchises of all-time, such as Mario, The Legend of Zelda, and Pokémon.

Founded on 23 September 1889 by Fusajiro Yamauchi, it originally produced handmade hanafuda playing cards. By 1963, the company had tried several small niche businesses, such as cab services and love hotels. Abandoning previous ventures in favor of toys in the 1960s, Nintendo developed into a video game company in the 1970s. Supplemented since the 1980s by its major divisions Nintendo of America and Nintendo of Europe, it ultimately became one of the most influential in the industry and one of Japan’s most-valuable companies with a market value of over $37 billion in 2018