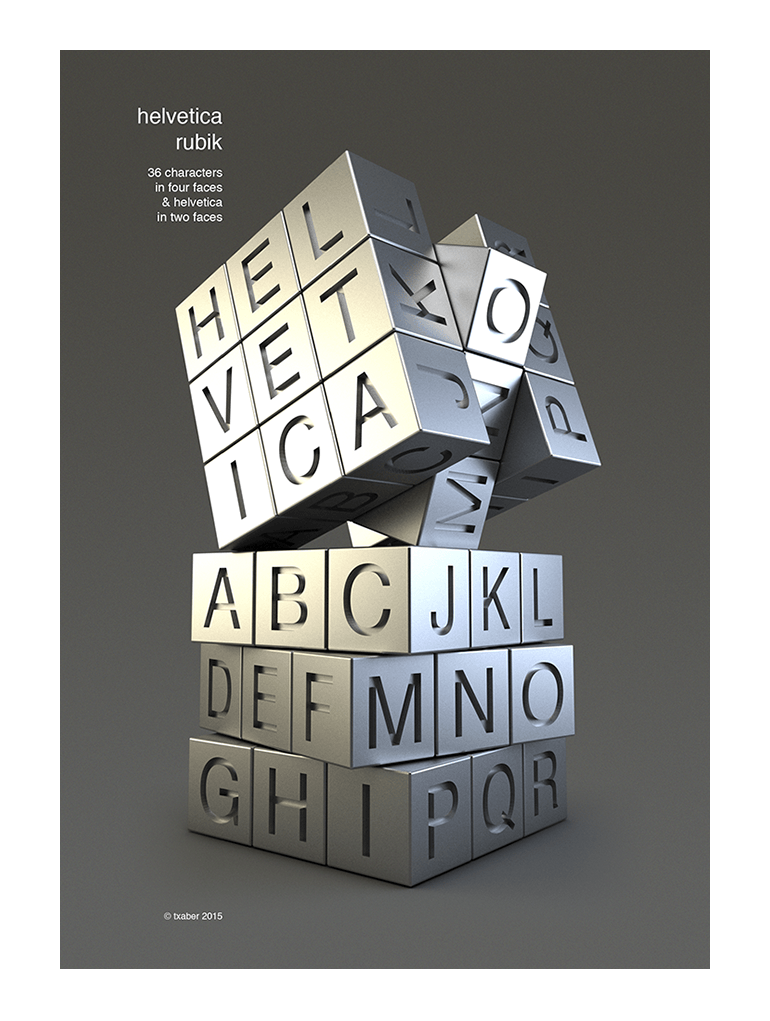 There have been many Helvetica themed bits n’ bobs over the years. Goodness me though, this Helvetica Rubik Cube surely has to be one of the most gloriously creative examples.

The cube consists of: 36 overall characters covering four of the cubes sides, and the the word Helvetica used on two sides.

Lovely little coincidence that Helvetica is nine letters, otherwise this might not have worked as well as it does.

Such a shame it appears only to be a concept, and as this was a link I submitted to Quipsologies, Arman’s comment totally makes sense:

How is this Helvetica Rubik’s Cube, by Txaber, not on Kickstarter with a million dollars in backing in less than 24 hours?

A serious question? Who would NOT back this on Kickstarter?

I’d be interested to see how it would look with, say, different weights of Helvetica for each cube face, so something like: Helvetica Light, Regular, Medium, Bold, Heavy & Black. 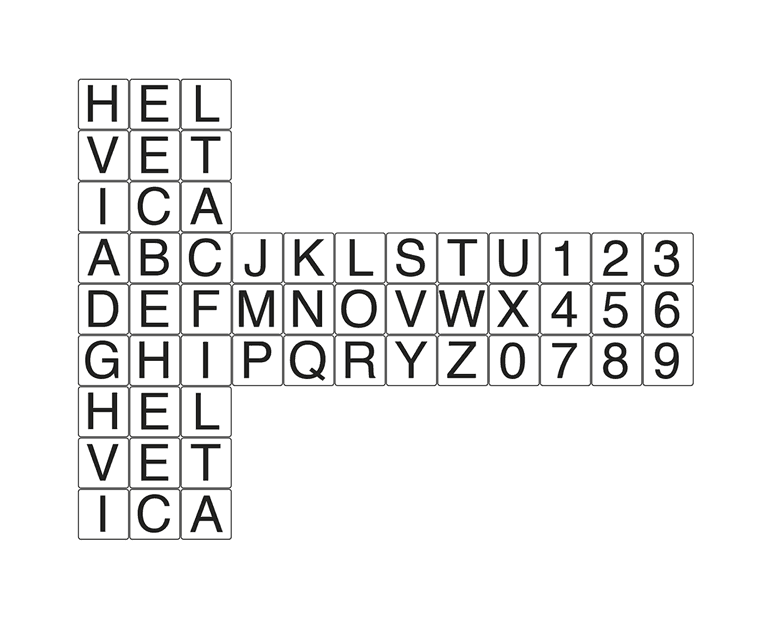 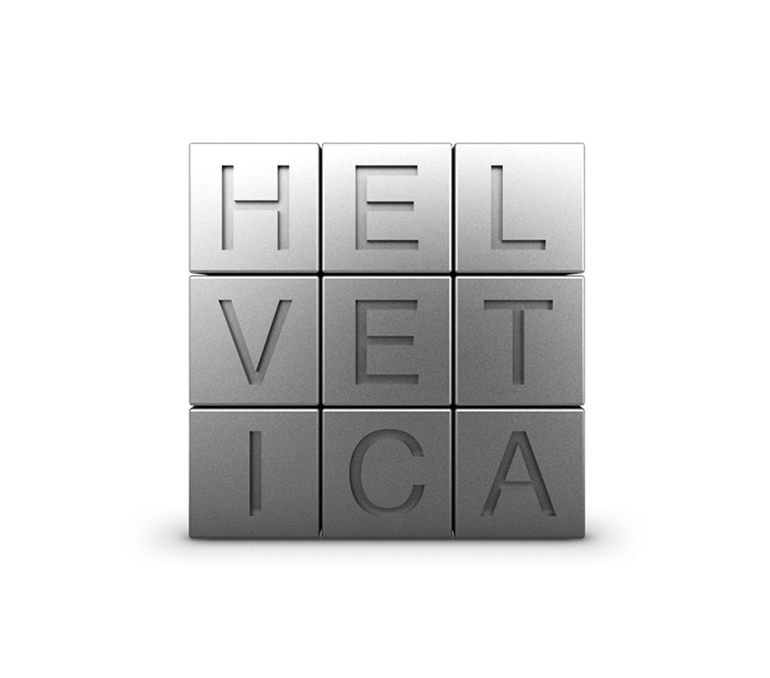 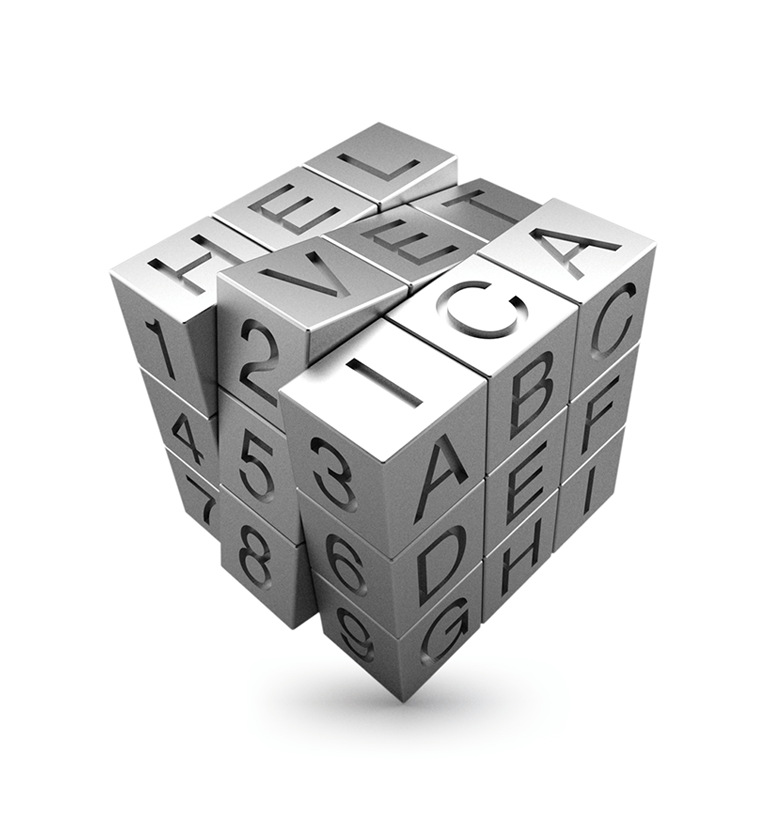 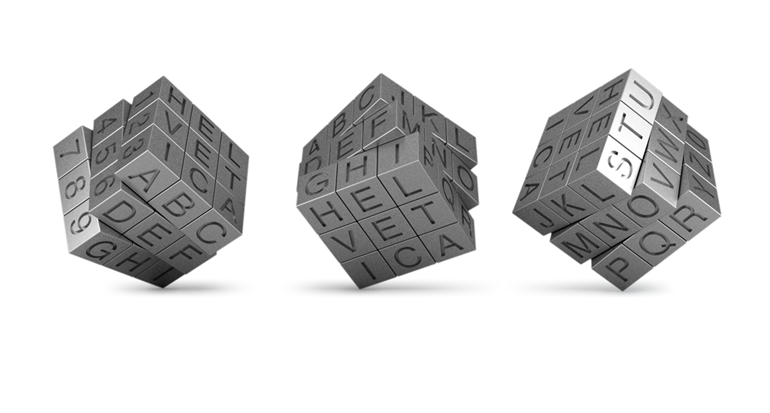 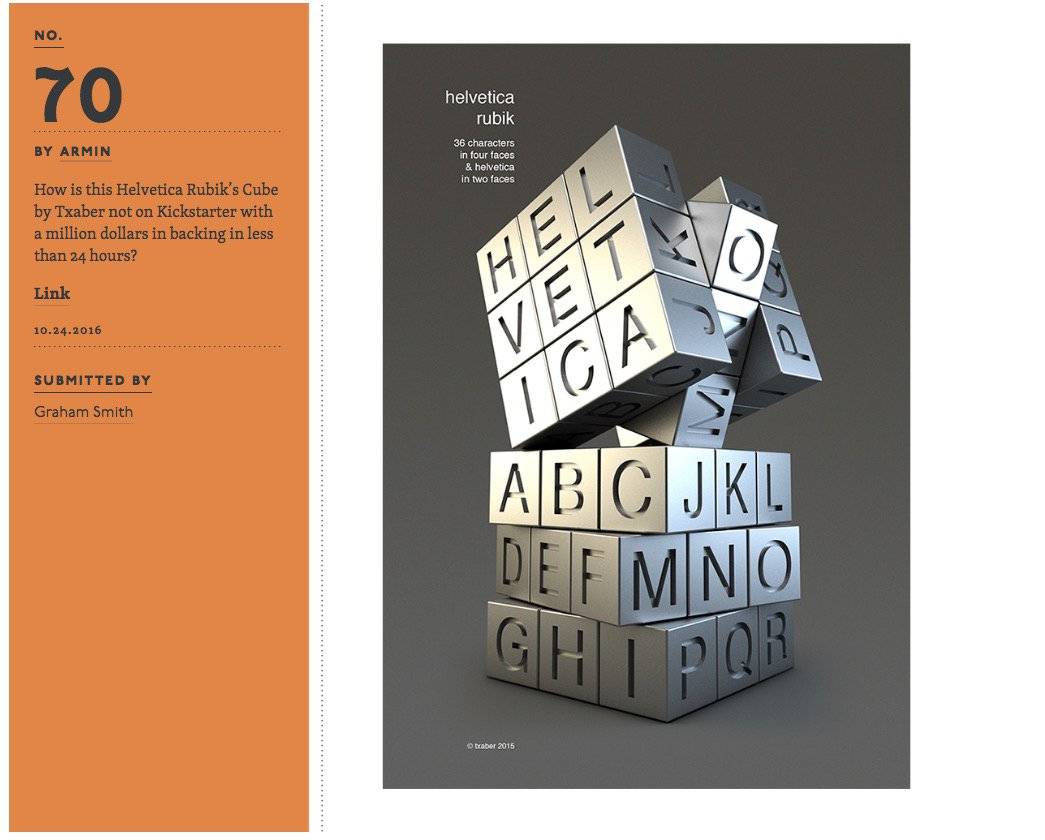 Wikipedia: Rubik Cube is a 3-D combination puzzle invented in 1974[1][2] by Hungarian sculptor and professor of architecture Ernő Rubik. Originally called the Magic Cube,[3] the puzzle was licensed by Rubik to be sold by Ideal Toy Corp. in 1980[4] via businessman Tibor Laczi and Seven Towns founder Tom Kremer[5]and won the German Game of the Year special award for Best Puzzle that year. As of January 2009, 350 million cubes had been sold worldwide,[6][7] making it the world’s top-selling puzzle game.[8][9] It is widely considered to be the world’s best-selling toy.[10]