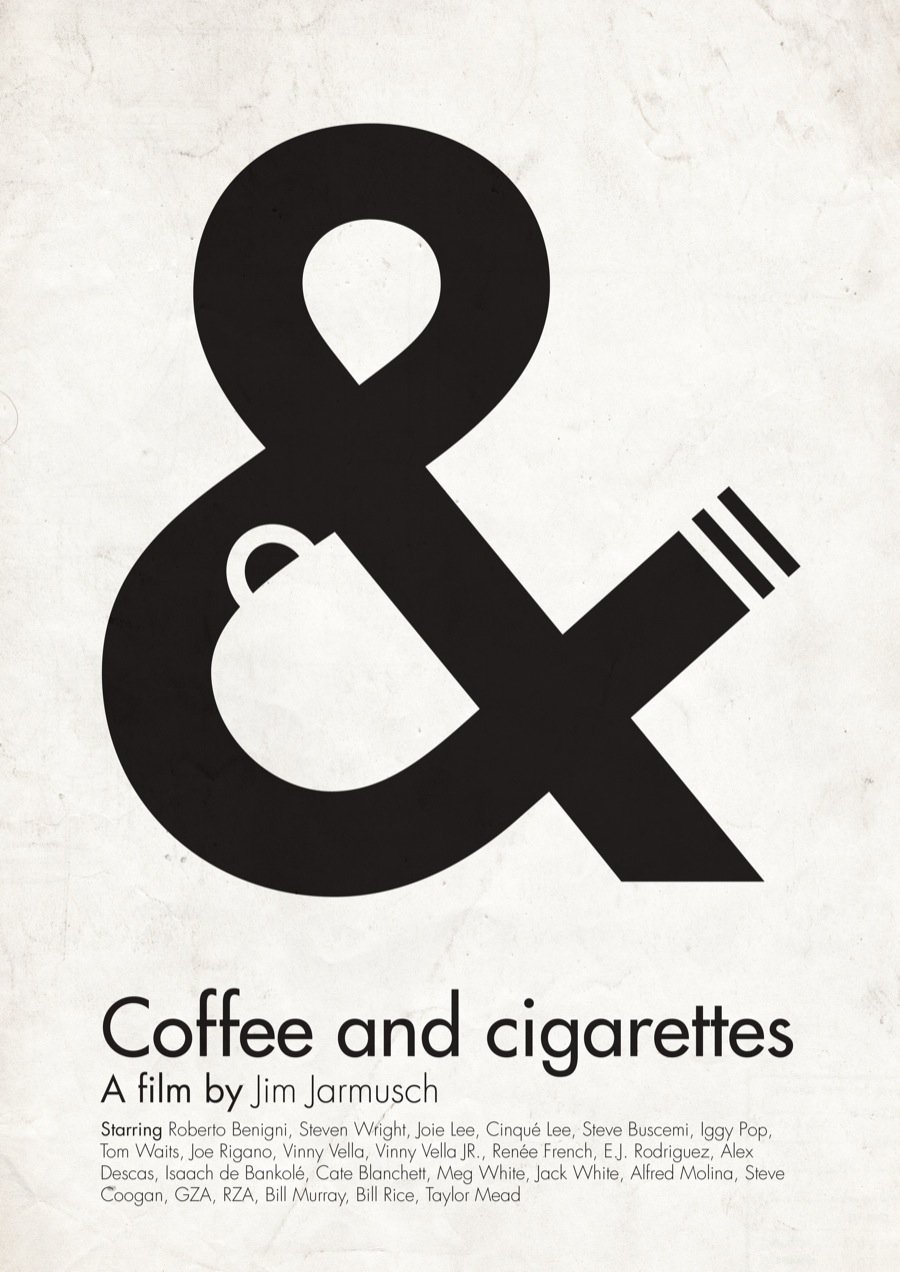 Unearthed this Coffee & Cigarettes Poster on Piccsy.com Not much you can really say about this, the combination of coffee cup and cigarette within the ampersand almost looks natural.

Wikipedia: Coffee and Cigarettes is the title of three short films and a 2003 anthology film by independent film director Jim Jarmusch. The film consists of 11 short stories which share coffee and cigarettes as a common thread, and includes the earlier three short films.

The film is composed of a comic series of short vignettes shot in black and white built on one another to create a cumulative effect, as the characters discuss things such as caffeinepopsicles, Paris in the 1920s, and the use of nicotine as an insecticide – all while sitting around drinking coffee and smoking cigarettes. The theme of the film is absorption in the obsessions, joys, and addictions of life, and there are many common threads between vignettes, such as the Tesla coil, medical knowledge, the suggestion that coffee and cigarettes don’t make for a healthy meal (generally lunch), cousins, The Lees (Cinqué and Joie, and a mention of Spike Lee), delirium, miscommunication, musicians, the similarities between musicianship and medical skill, industrial music, acknowledged fame, and the idea of drinking coffee before sleeping in order to have fast dreams. In each of the segments of the film, the common motif of alternating black and white tiles can be seen in some fashion. The visual use of black and white relates to the theme of interpersonal contrasts, as each vignette features two people who disagree completely yet manage to sit amicably at the same table.