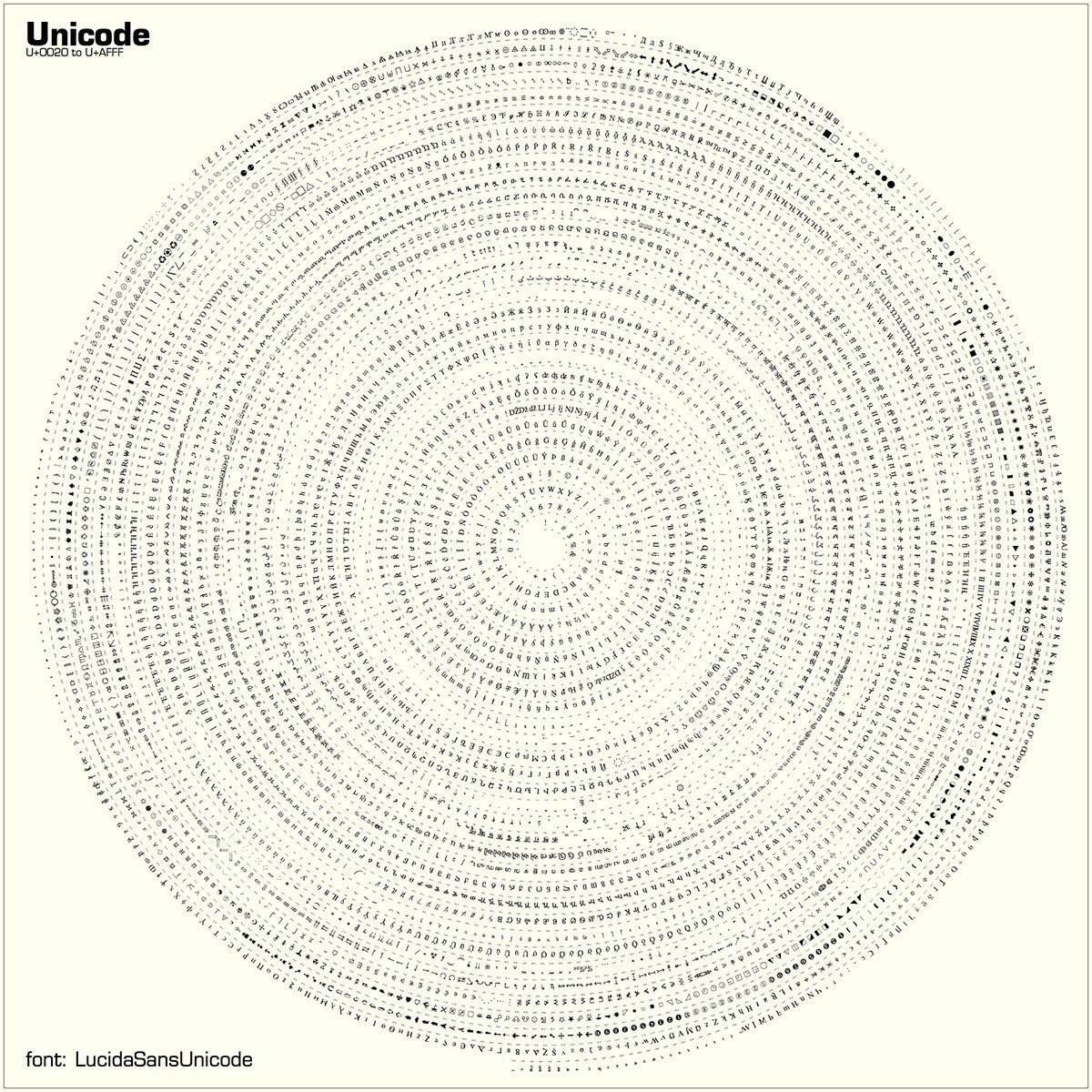 Unicode (U0020 to U+AFF) in a Spiral Typographic Poster

This Unicode Spiral Typographic Poster is just IMMENSE in every sense of the word. The original poster (above) measures in around the A3 size, and can be downloaded via this Dropbox link.

The ‘full’ version below also contains all the Hangul etc glyph’s, and the poster measures nearly 1 metre square, with each glyph measuring in at 6 points (2.116666667mm).

You can also download this monster version at this Dropbox link.

Some type of patience must of been needed to put this typographic design together not to mention some half decent computing power. Even on my Apple Pro tower, the PDF of ‘full version’ took some time to redraw on screen, each glyph drawing itself radiating out from the centre. That would make a fun GIF!

I found this epic work of art: Unicode in a Spiral, over in the Typography section of Reddit, and I think it’s worth you going over and leaving a comment for the graphic designer who created it, Reddit User Cormullion

Unicode (U0020 to U+AFF) in a Spiral Typographic Poster 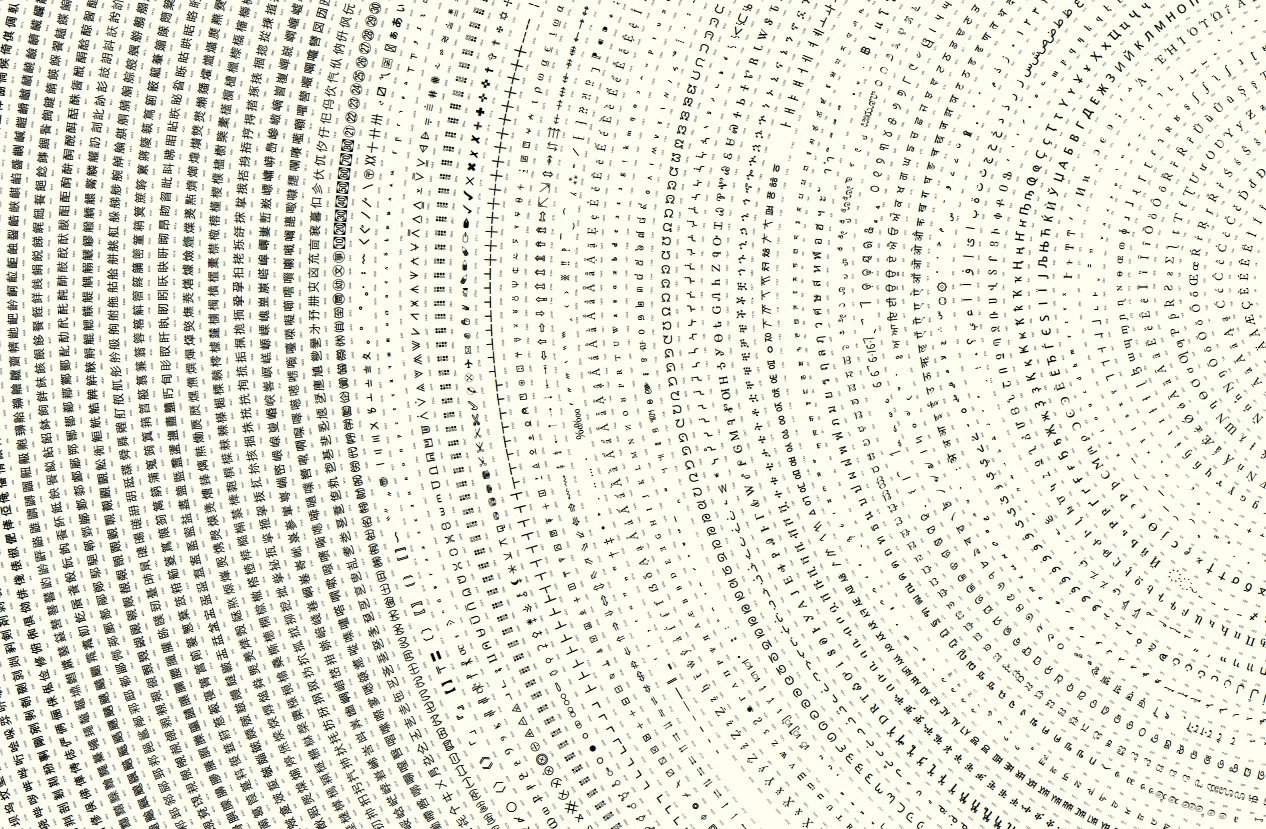 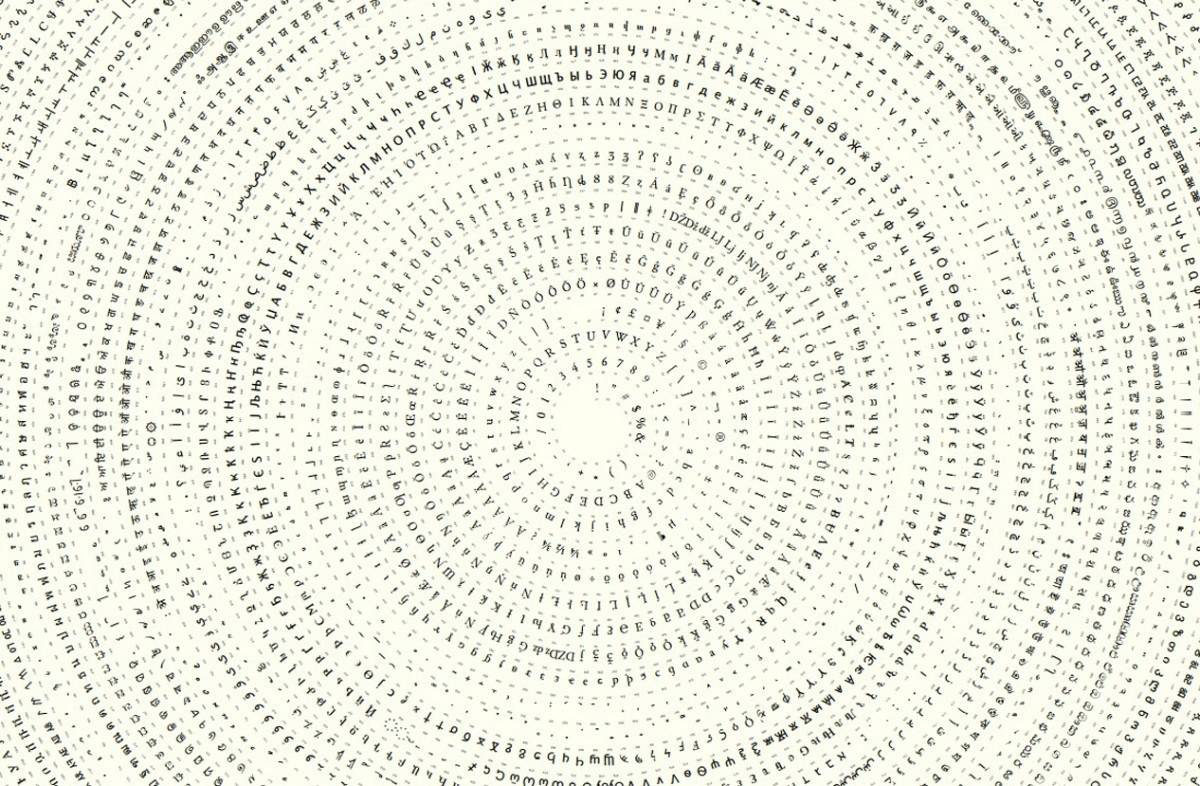 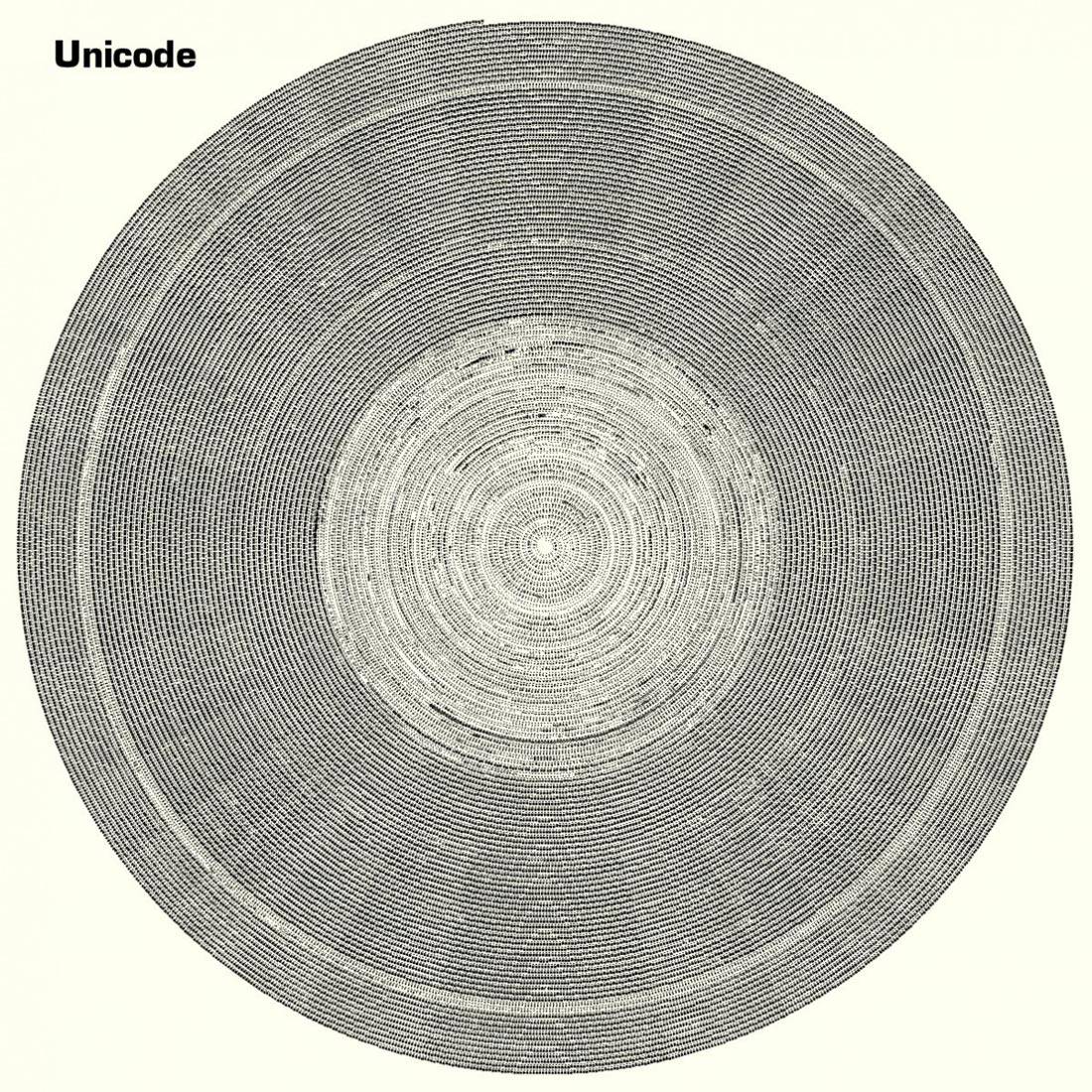 Wikipedia Unicode is a computing industry standard for the consistent encoding, representation, and handling of text expressed in most of the world’s writing systems. The standard is maintained by the Unicode Consortium, and as of May 2019 the most recent version, Unicode 12.1, contains a repertoire of 137,994 characters covering 150 modern and historic scripts, as well as multiple symbol sets and emoji. The character repertoire of the Unicode Standard is synchronized with ISO/IEC 10646, and both are code-for-code identical.

The Unicode Standard consists of a set of code charts for visual reference, an encoding method and set of standard character encodings, a set of reference data files, and a number of related items, such as character properties, rules for normalization, decomposition, collation, rendering, and bidirectional display order (for the correct display of text containing both right-to-left scripts, such as Arabic and Hebrew, and left-to-right scripts)