Who the f**k is Saint Hoax?

I originally found this on Imgur, then Tweeted it without realising who the ‘author’ was, so now putting that right by blogging it with appropriate credits and links:

The struggle is real… pic.twitter.com/LKPTi4ScBA

It’s a major insult actually, to call this a Meme, but I can’t help but feel this is exactly how it’ll end up being.

Have to say that this is REALLY well done, and is not your usual internet Meme; this is quality, and @SaintHoax is always about the quality.

This is certainly going to be on peoples’ radar, as the unique expressions, and captions, are just hilarious. 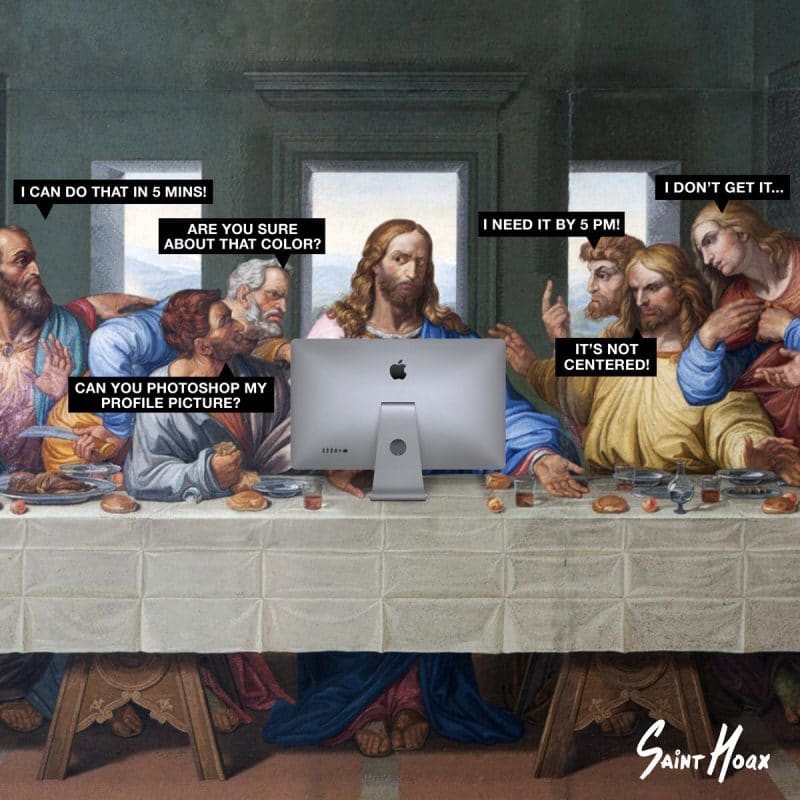 Here’s the original Tweet. Definitely worth Liking and Retweeting this original Tweet, just so show solidarity with the designer:

When your tasteless colleagues give you feedback ? pic.twitter.com/XXmTomQXZ4