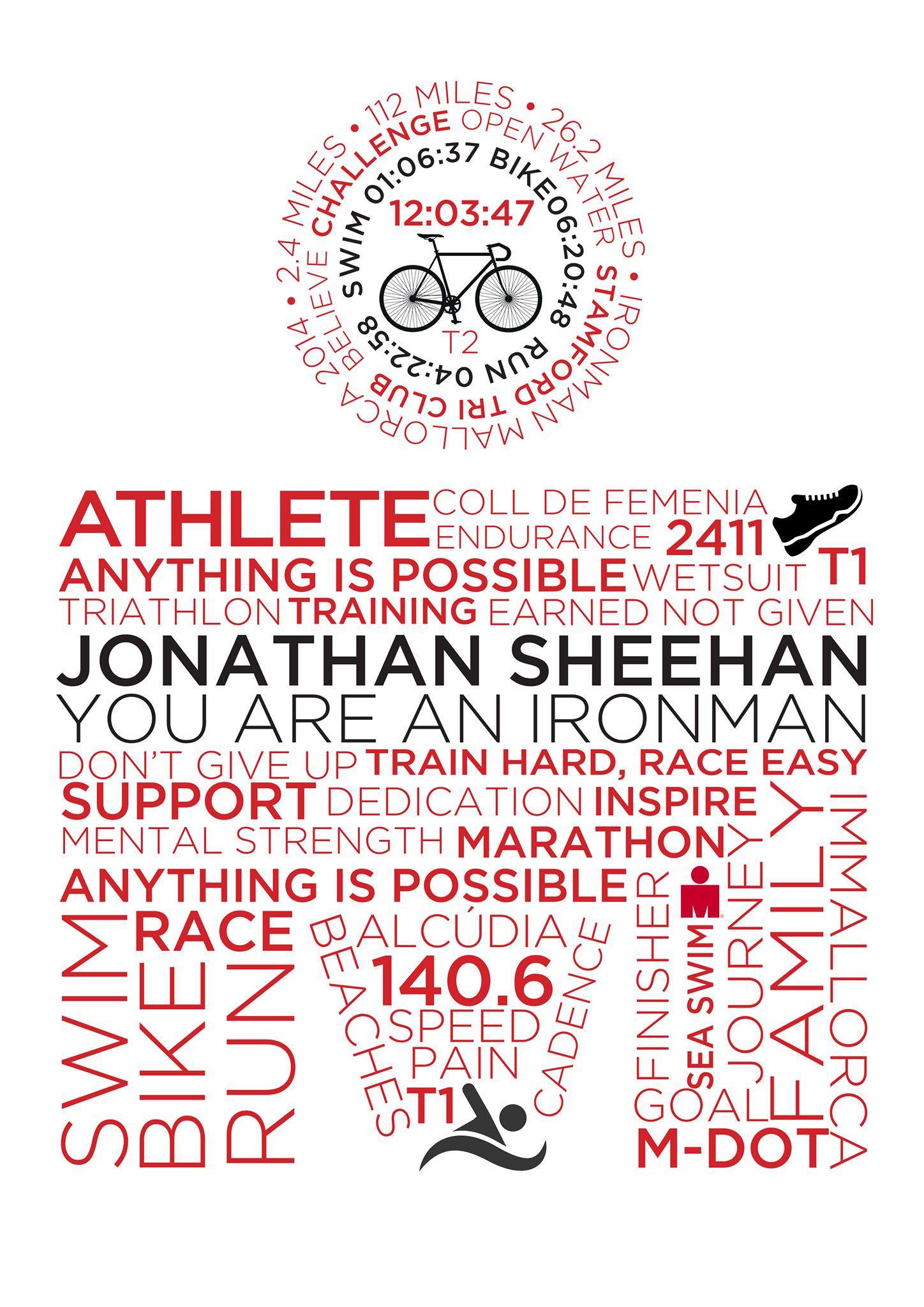 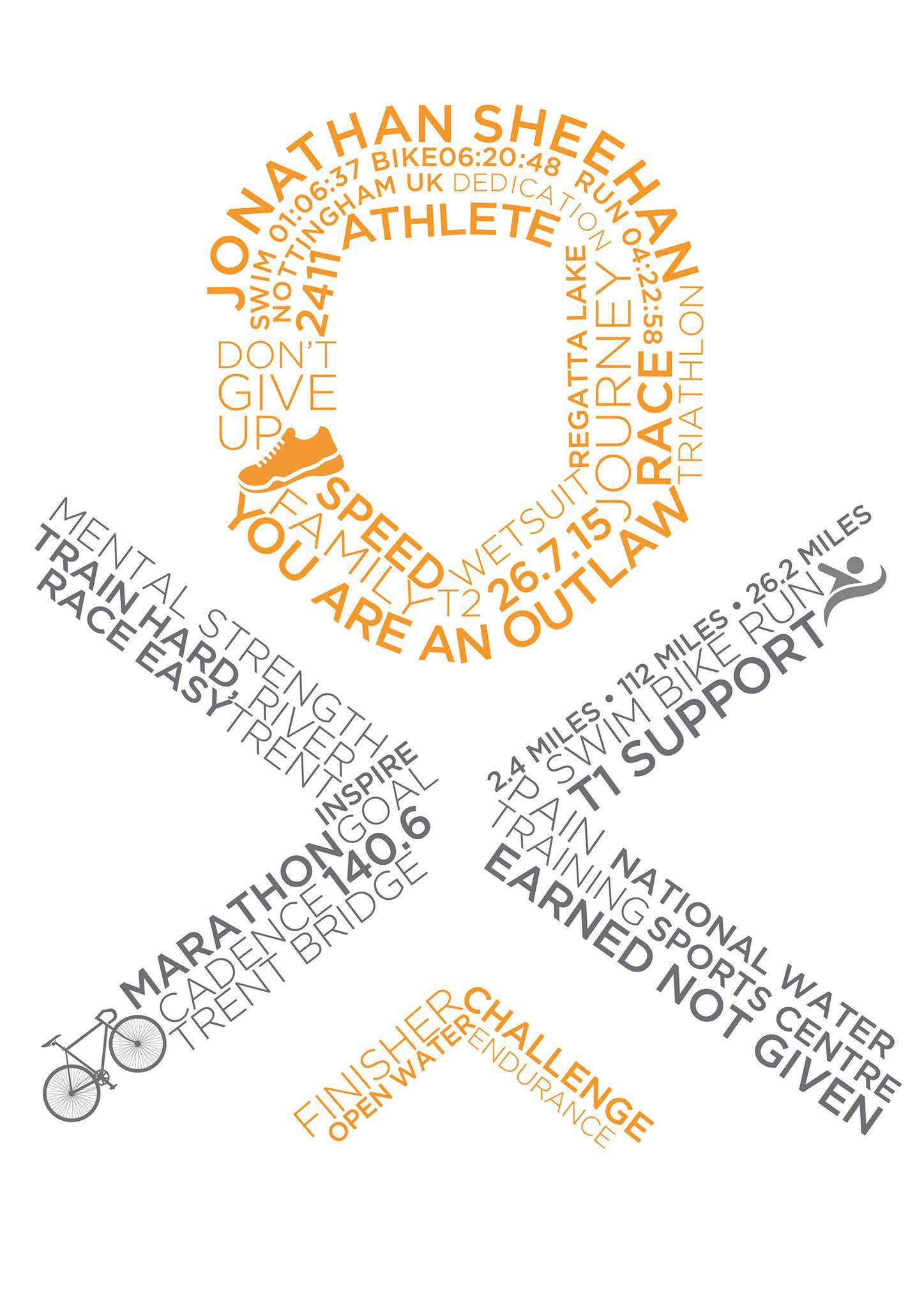 These Outlaw Triathlon IronMan typographic posters, designed by Andrianna Curtis, are far too cool to be kept to a FaceBook Group page, which is where I found them.

Admittedly, it’s a bit of a specialised area, not everyone would have heard of the Outlaw Triathlon brand (full IronMan distance triathlon: 2.4m Swim, 112m Bike and 26.2 Run), but when I saw Adrianna’s post up on the Outlaw FaceBook Group Page showing these beautiful personalised typographic posters, I just had to share.

Get Your Own Personalised Outlaw or IronMan Poster

If you come across this post, and did the Outlaw Triathlon, and also any IronMan Triathlon (Adrianna also does personalised IronMan designs), then you can find her on FaceBook:

Adrianna personalises each one with the Outlaw’s competitors name, using the format of the Outlaw logo.

Many triathletes who compete in the ‘original’ IronMan races will actually get a tattoo of the IronMan brand logo (M dot), as a permanent reminder of the gruelling effort and numerous sacrifices they’ve had to endure. Not all of them very tastefully done, it has to be said.

Anywho, If I’d done the Outlaw, and I know 2 people from the Brighton Tri Club (that I’m a member of), that did do it, I’d certainly hire Adrianna to do one of these for me. 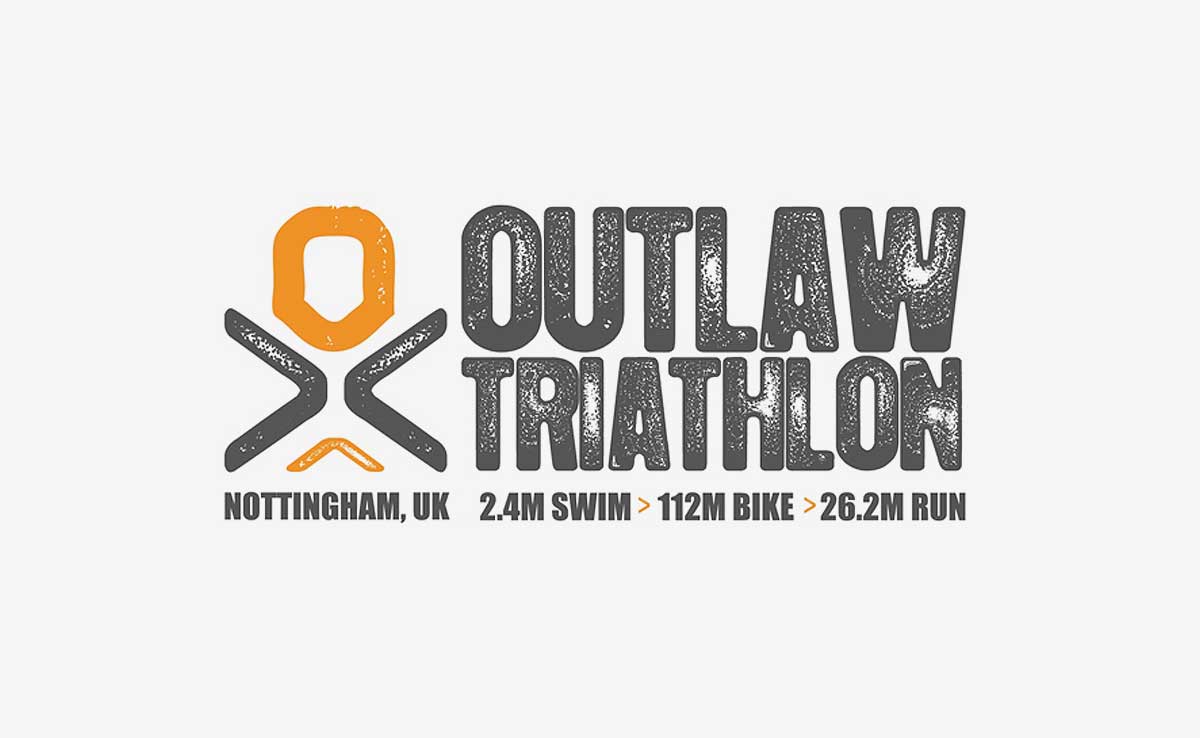 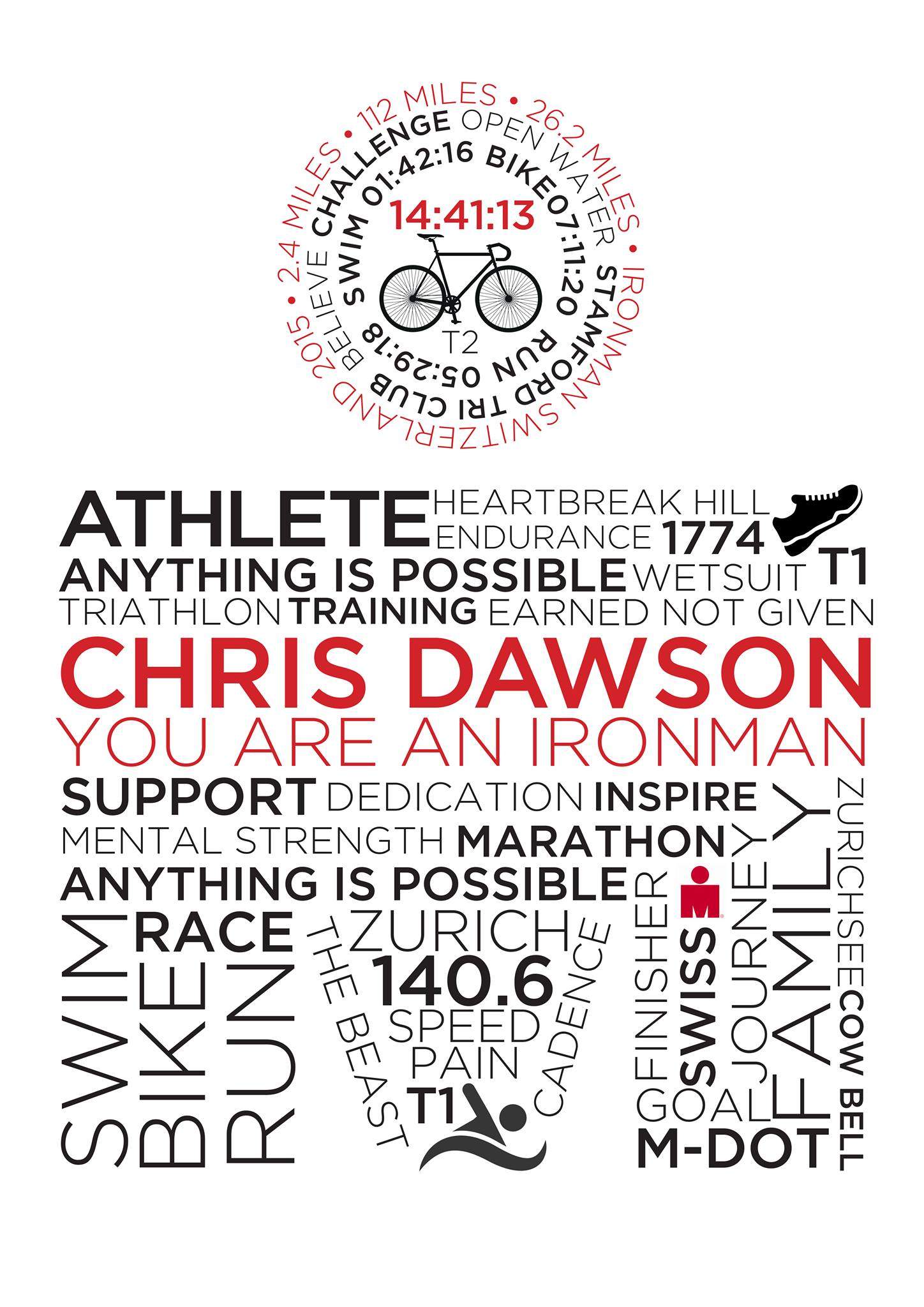 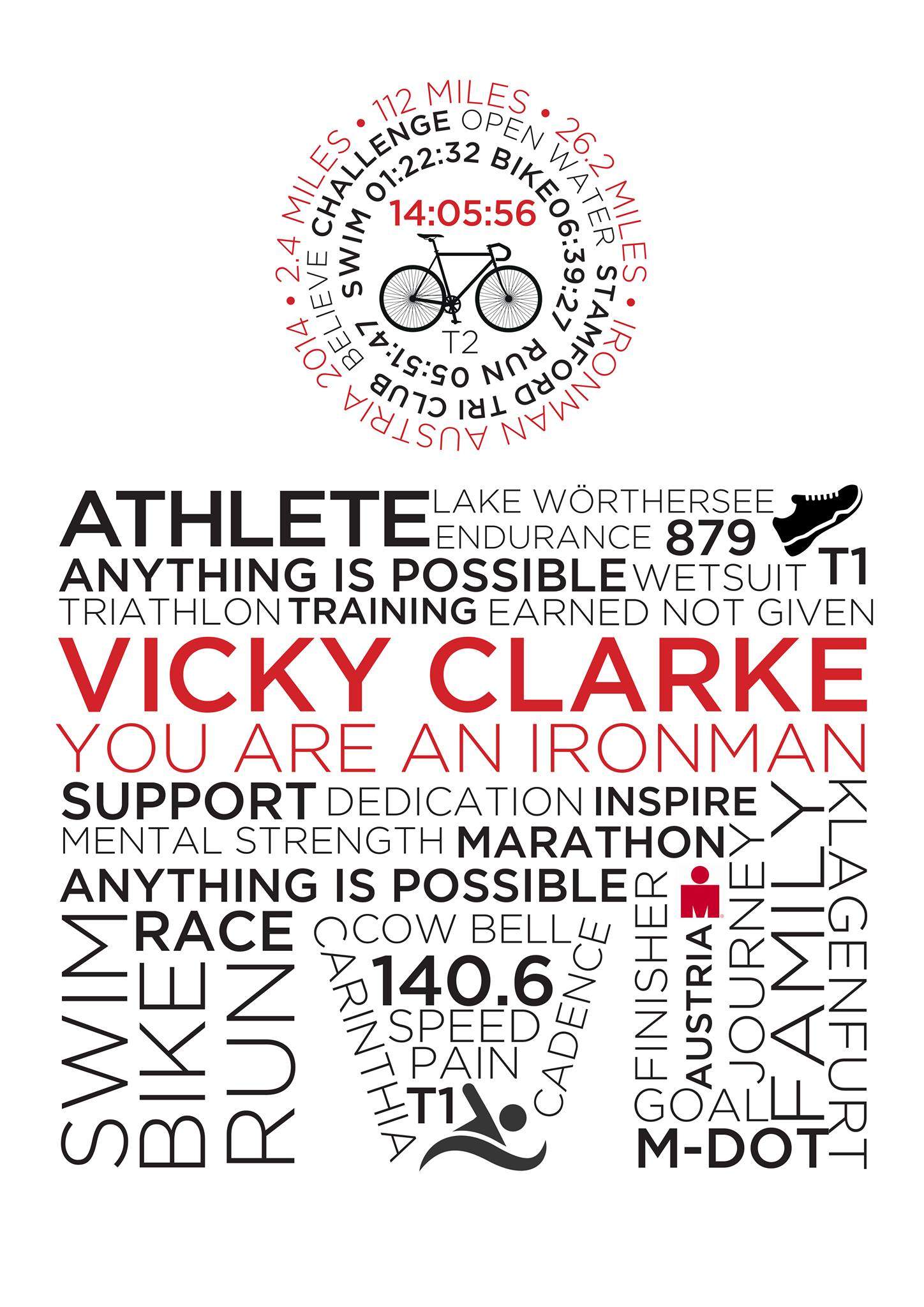 Most Ironman events have a limited time of 16 or 17 hours to complete the race, course dependent. The race typically starts at 7:00am; the mandatory swim cut off for the 2.4-mile (3.86 km) swim is 9:20am (2 hours 20 minutes), the mandatory bike cut off time is 5:30pm (8 hours 10 minutes), and the mandatory marathon cut off is midnight (6 hours 30 minutes). Any participant who manages to complete the triathlon within these time constraints is designated an Ironman.

The name “Ironman Triathlon” is also associated with the original Ironman triathlon which is now the Ironman World Championship. Held in Kailua-Kona, the world championship has been held annually in Hawaii since 1978 (with an additional race in 1982). Originally taking place in Oahu, the race moved to Kailua-Kona in 1981, where it continues today.[4] The Ironman World Championship has become known for its grueling length, harsh race conditions, and Emmy Award-winning television coverage