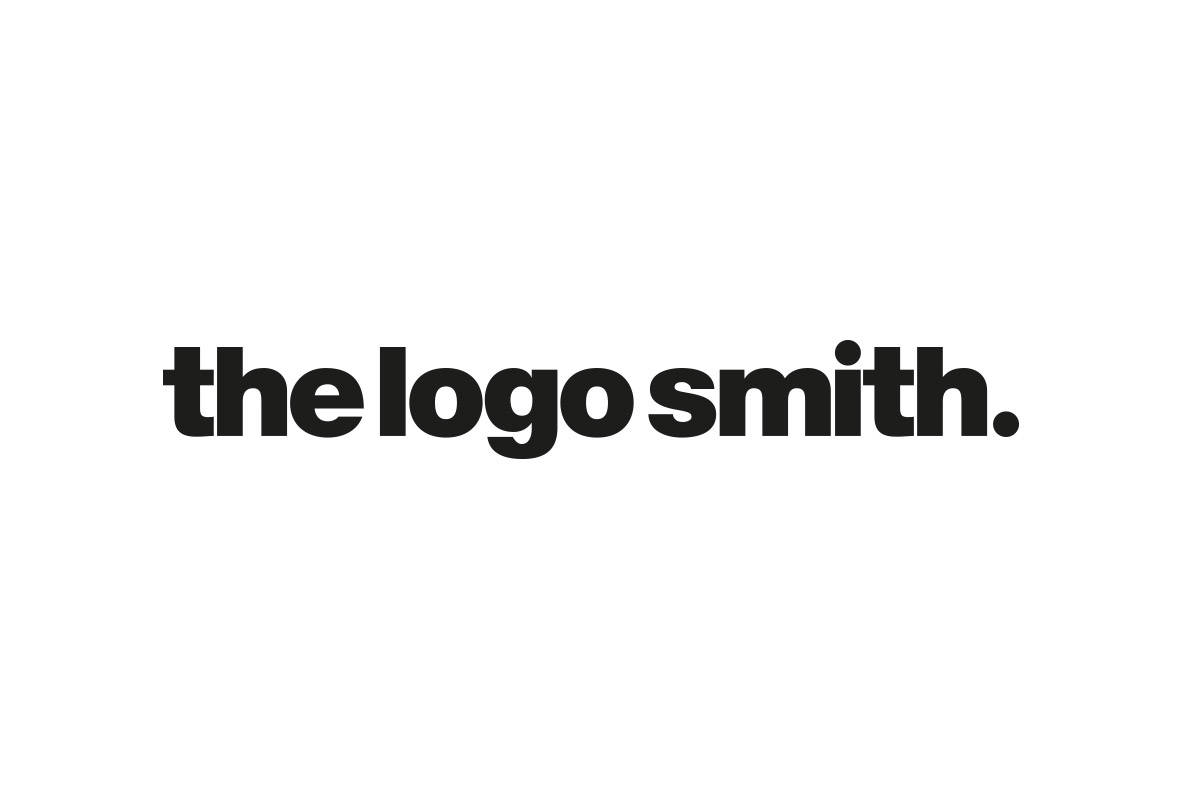 This is Part 5 of the Logo Design Round-Up series. This ongoing series showcases a collection of logos and brand marks, self submitted by a bunch of freelance designers and creative folk in many creative areas. These designers use the logos to sell, promote, brand and market their various skills.

If you want to be part of this logo design series, then details can be found at the bottom of this post.

This is not a competition, it’s not a best of, it’s not a who has the best logo, it’s not a collection of logos that I have chosen. They are simply logos supplied by those that wanted to be part of this post. And a huge thank you to everyone who has submitted. For those of you that have submitted, but your logo is not here, you will be in the next part.

My current logo (which I am quite fond of) grew out of a process over a couple of years. My very first logo, made when I wanted something fancy on my resume when I was applying for a summer job years ago, was just a layering of Wingdings swirly symbols compiled in Word (don’t be a hater, we all start somewhere).

After design school training kicked in, I wanted something more professional, but not so generic. I actually didn’t know at the time that I was going to end up as a freelancer, but was planning on having a personal portfolio site regardless, so decided to do something centering around my initials (A & C). I wanted to somehow combine the letters in to one shape/symbol, but in an organic and streamlined way. I played around with fonts on the computer for awhile, but nothing was really working. So I tried hand-sketching.

After a few ideas, I came up with this – the C being formed by the exaggerated swoops from the A. I really liked that it was unique, one continuous shape, clean and simple, but just a bit edgy, too. It was exactly what I was looking for.

Scanned, Illustrator-ed, and expanded to an identity package, I still use that same logo for my freelance business.

My branding is based upon a silky-styled ribbon, which is formed into a loop and forms the letters “AK” ― my initials. I chose to design my logo this way, as I feel it describes what I do as a designer. If you look closely, the loop is a kind of optical illusion, whereby the 2 end pieces of the ribbon are never actually joined behind the stem of the “A”.

As I am a designer who mainly designs custom and large-format graphics, I felt it was important for clients to take a look at my logo with intrigue. For me, having a very un-standard logo is important, as it is a representation of my design work.

My logo & branding is inspired by classic musical instrument branding, such as Marshall and Fender. I love the vintage, outrageously curvy script they use, and as a keen fan of guitars and related paraphernalia, I decided it would be cool to go down this route.

My portfolio also reflects this, with a subtle-ish use of copy and icons to create a kind of vintage, 1950’s garage feel. I’m working on a few design updates to the site also to further show this.


I wanted something modern and geometric.  I ran through tons of fonts, serif and sans-serif, trying to find the perfect style for the logotype, until one day I was in the Apple store messing around on a Mac Pro with a friend and we wound up designing our own letters and used a square to pull it all together.

This revamp of the logo is actually only days old at writing. It replaces a similar logo which I used for the past 6 years.

The reason for the revamp?
Well I guess you need to look at the previous version (Google image search cobaltcow).  I’d had 3 people at different times and places mention that it had a strong suggestive theme to it (which was not intentional). The new version is a lot simpler, more compact and the type is a lot cleaner and fresher.

The name & brand origin
I was trying to think of a name that was simple, but added an element of interest. At the time, I was in the process of attempting to write a comic strip with a character named Clancy (the cow). In my sketching I drew Clancy looking out of a window frame and it stuck. I then just had to come up with some kind of cow-related name. I ran through a bunch of adjectives and colors before landing on Cobalt – both blue and with an existing ‘computer’ connotation. The first CobaltCow logo was actually a direct scan of a pen drawing beside some pretty horrific 3D word-art.

Thoughts behind the logo
The previous (and most well known) version, had the cow head in 2 halves, representing web design & logo design as the 2 main facets of my business. 2008-9 has brought about some changes in my life and I decided to refocus on marketing myself predominantly as a brand designer, so the 2 parts became 1 again.

My logo evolved rapidly when I changed my business name back in 2007. I wanted something dramatic that highlighted the ‘red’ in my new business name, and that also showed off a little bit of creativity. The first version was flat, but when I found a tutorial on creating sticker effects for another project I was working on at the time, I made this version.

I used the Gazole font from SMeltery (great free fonts). I think the logo is simple and clean, but the reds make it pop. It looks good on darker, textured backgrounds but also works well on white.

I’ve been using the same basic logo for quite some time, but have only now re-designed my portfolio and brand to really use it more. The basic idea behind the logo is that I wanted something that was elegant and classy, but was also a little bit fun. I stuck with mainly type with just a small graphic element- the font lends itself to being overly flourish-y but I wanted it to be more simple.

The logo works really well in either color or monochrome applications, but I absolutely love the in-your-face red I use. It’s a great strong color and has always been one of my favorites. In addition, the versatile style would work with any other color I would have a desire to use in the future.

Disclaimer: English is not my natural language, so bare with me with errors in this description.

Now to Business. Octópoda is not my first (but I wish is my definitive) self-brand.

For some time I had another brand for myself, called “delete”. I dropped this one very soon and started working in a design Studio. Later on, sometime in the year 2008, I wanted to start having a name for myself in the design World, so I had to come up with some sort of artistic name.

Searching the net for strategies for self-branding, I came up with a blog (which I really don’t remember the name) with some tips. One of them was asking your friends what they thought of me, naming 3 adjectives that defined me. This search lead to some common ones, which were: capability to adapt to different situations and intelligence (I have really good friends :P). Previously to this, I had already decided I wanted an animal-like brand, just for the sake of having a friendly and recognizable mascot.

When my research was over, I came up with 2 possible mascots: the chameleon (camouflage – addaptation) and the Octopus (adaptation and intelligence). I thought the chameleon, although one of my favourite animals, was kind of cliched among Designers, so I decided for the Octopus.

Then I came up with the name “octópoda”: I didn’t want anything too obvious, with “design” in the middle of the name, so I started researching for octopuses. Funnily enough, in Spanish, Octopus is “pulpo”, but, researching, their genre is called “octópoda”, meaning “8 legs” (which is very similar to octopus, in English) I thought this name gave me a sense of versatility that I could use in my advantage, so I took it.

And that’s about it, colors were chosen to be warm and have a similarity to the real octopus.

The typeface is obviously my favorite Helvetica with a couple of slight tweaks to enable me to stamp my own style onto it. The logo usually appears in a couple of ways with different colours and effects to accompany it. At present this is my favorite way of using it with a nice mix of colours behind enabling me to leave the logo colour in pure white making the name “Quilo” stand out a little more.

I am freelance graphic designer working mainly in the print end of the spectrum. I’m originally from Mississippi and have often been told I was a true Southern Belle. When initially starting to brand myself, I thought about how I wanted others to perceive me and my business.

I consider myself a warm, hospitable person, so what better way to show that than to incorporate a pineapple, the universal symbol of hospitality? I have had this logo for about 8 years and feel it’s time for a facelift and a more simplistic/less feminine approach. However, I still intend to keep the Southern charm going, ya’ll.

As an interaction and identity designer, I constantly stress the importance of creating meaningful experiences and conversations. After struggling with a myriad of slick, designerly concepts that I felt no personal connection with, a client at the time mentioned that she liked my handwriting. I lept back into my sketchbook, and this identity emerged shortly thereafter.

The mark is an attempt to communicate three key aspects of my identity, those being my personality as an individual, the human element of interaction design and a focus on facilitating conversations.

I had heard through the grape-vine at one point in my freelancing career that I was losing a few potential jobs not because of ability, but because I was young and without much of a portfolio, so I didn’t seem “professional” enough.  So, I decided to take on a “Doing-Business-As” pseudonym.  I looked around the room (actually at my bookshelf), and the first word that popped out at me as catchy was “Unstoppable”.  I did a quick domain search, and sure enough: http://www.unstoppablestudios.net was available.

Of course with a newly formed design business and website, I HAD to have a good logo.  That was the part that intimidated me a bit.  I’d done a lot of web and graphics design before that, but never a real ground-up logo.  So, being young and inexperienced, I really didn’t have a very good methodology for my logo creation.  I suppose the first thing we do when we’re out of inspiration is to just look at the words and letters we’re working with.  “Unstoppable Studios” was WAY too long to fit into a logo, but the initials “U.S.” weren’t.  So, after a little searching for a powerful font (“unstoppable” is a pretty powerful word) and some size and position tweaking, I came upon the “S” in the “U” logo.  I could see that 2008 was going to be the year for orange, and I needed something high-contrast to go with the “powerful” and “unstoppable” theme, so that decided the orange on black theme.  I’m also a huge fan of modern/urban grunge, so thus was born the background fibers and grunge stains on the text.

I did “clean” things up quite a bit for my professional business card.  That is more the original look, and I attached a couple quick pictures of my business card (photos so you can see the foil stamp effect) in case you’re interested in those.