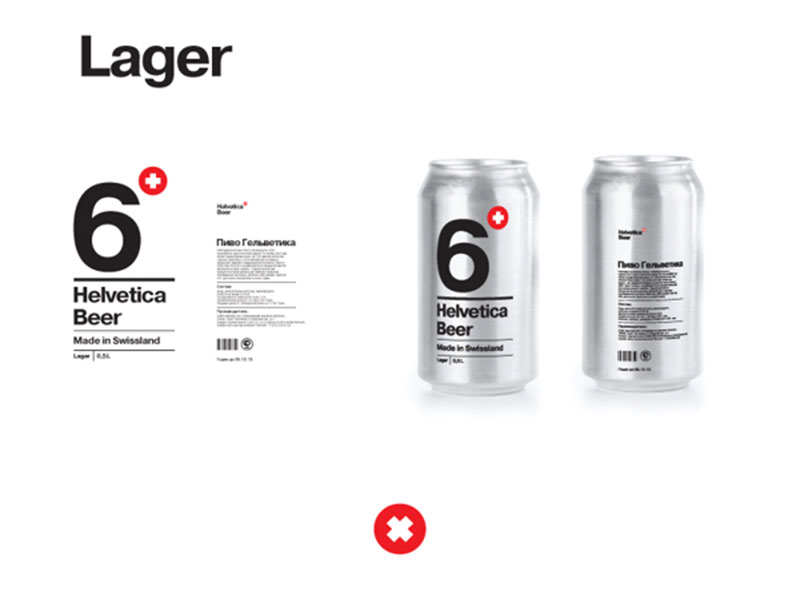 This Helvetica Beer, Stout and Lager Cans project, designed by Sasha Kischenko, has been around a while, but it seemed to have slipped me by. Which bothers me…

Task: to create a beer package for those who love good beer and nothing to excess.
There are some people who don’t like any superfluous things. The world around us is extreme in every aspect. So why should a beer package be the same? It’s great to know that beer is just a beer. And we know you want to enter a shop, take a lager or a stout, a light one or a strong one. It’s easy to find on the shop shelf, it’s easy to understand what’s inside, and it fits any kind of interior. The beer which just does its job. And does it well. Just like Helvetica font does.

There is hardly nothing on this earth that I wouldn’t mind, actually love, to see an alternative Helvetica version of. We have had the Helvetica Bike and Helvetica The Perfume:“The Scent of Nothing”, the gorgeous Helvetica Moleskines and a crap load of other Helvetica themed items.

I do really like this Helvetica beer, stout and lager can project though.

So given I’m not so much a larger drinker, I would be thinking it would be pretty neat to see a Helvetica Cider done? Anyone? 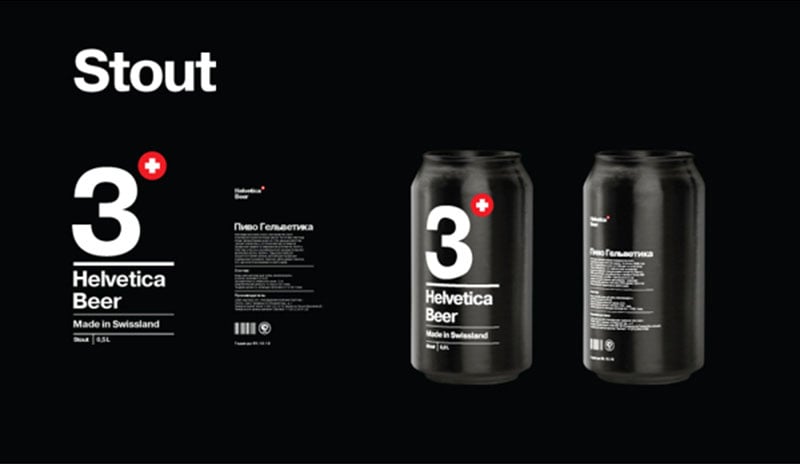 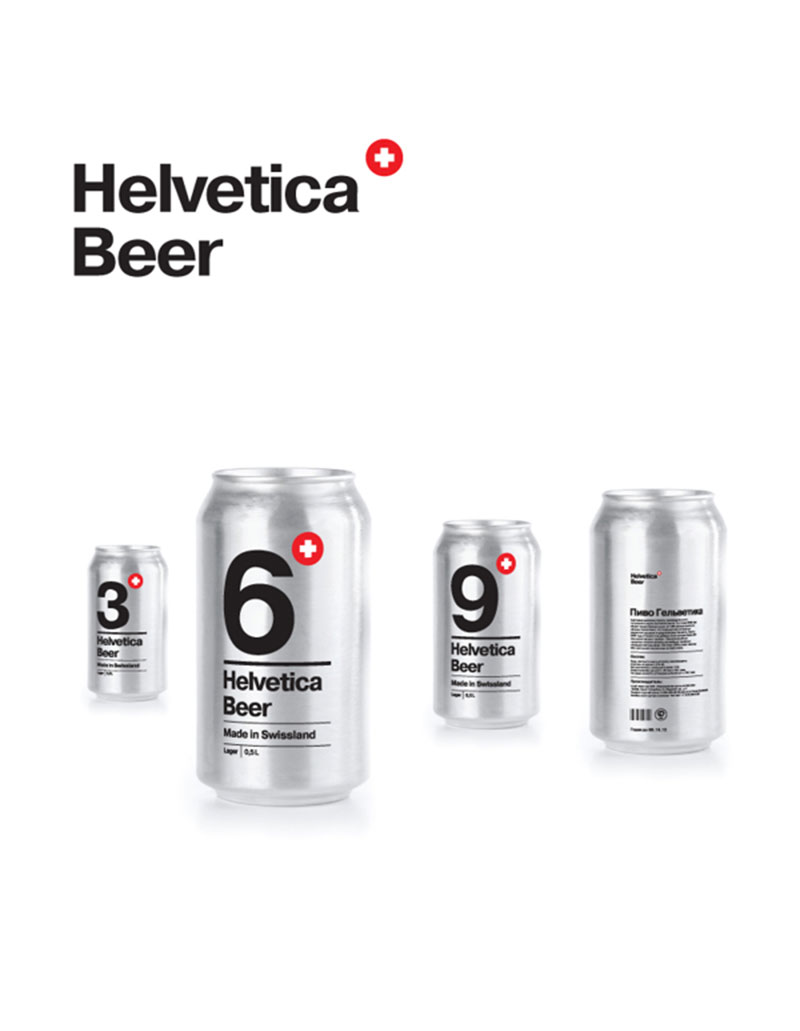