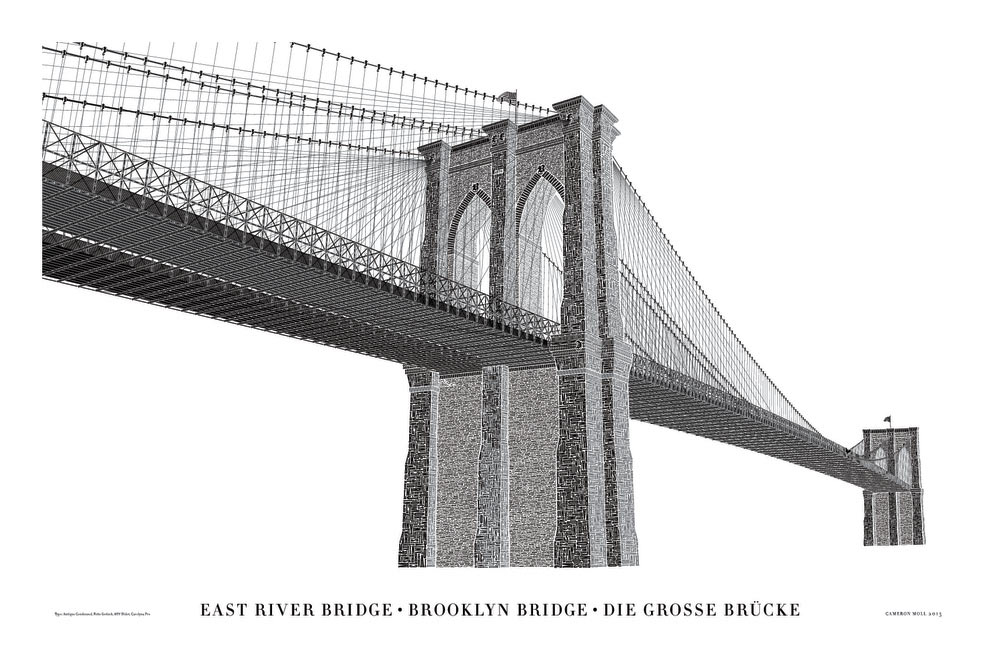 This was initially a Kickstarter project which, no surprise, easily reached and surpassed it’s funding goal of $10,000 with $64,597 pledged. The Brooklyn Bridge Letterpress Type Poster was funded on the 9th November, 2014, and the last consignment was dispatched mid-April, 2014.

Cameron Moll: “The artwork is designed in Illustrator, and it’s incredibly tedious. Some sections can be copied and pasted, but 70-80% of the characters you see in the artwork are positioned, sized, and rotated one by one. I generally can do only an hour at a time, as my eyes (and brain) go bonkers if I stretch it out any longer.”

The photograph below, taken by Cameron, was used as the foundation for the poster. 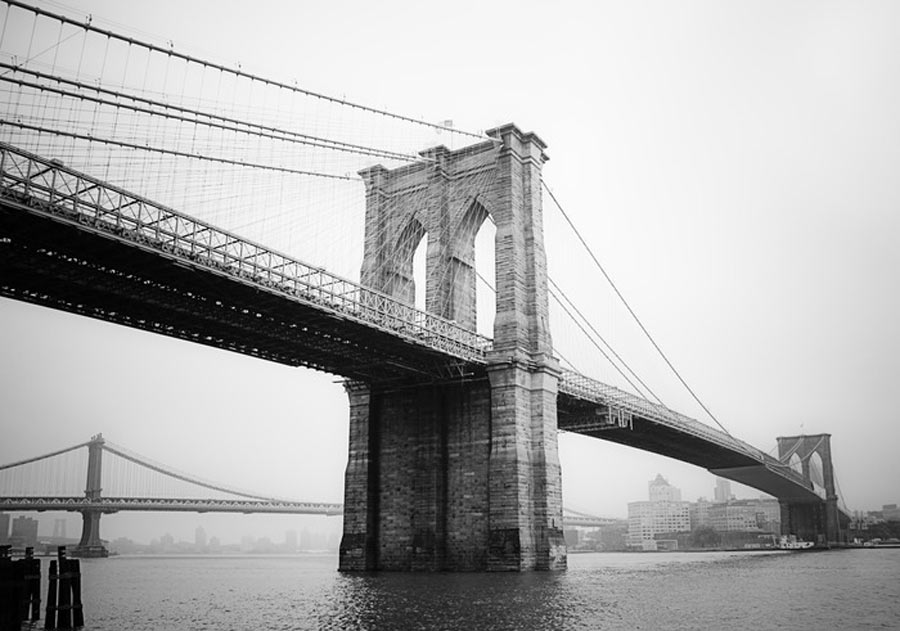 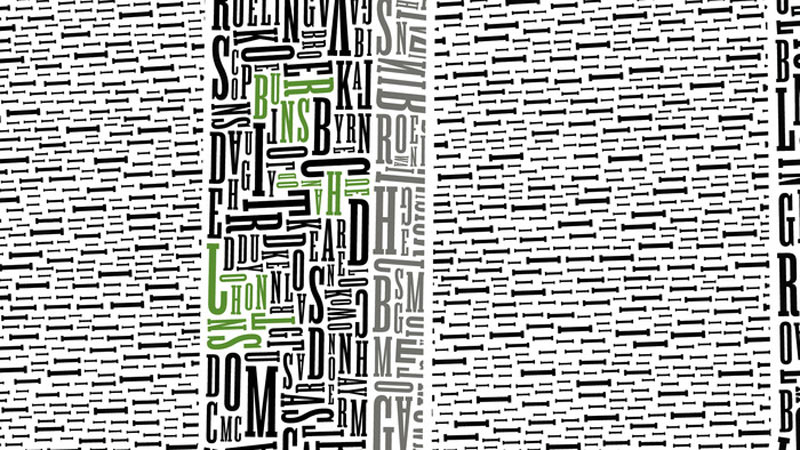 If you view the Kickstarter project page you’ll also see how Cameron carefully worked various meaningful names (above), including his own signature, into the Brooklyn poster, which is cool.

The Misspelling of Brookyln

There is a nightmare of a story linked to this project, which leaves one feeling extremely gutted for Cameron. You can read the story over on Kickstarter. Also worth reading the comments to see how different people felt about the situation at the time. I like to think I would have been cool with it, and would have accepted whatever Cameron decided to do, but certainly some people were not so forgiving. Hard one to call…

I believe you can still purchase the poster direct from Cameron’s website, for $120: PRE-ORDER: Brooklyn Bridge 24″x16″ Letterpress Poster

The poster is letterpress printed on Crane Lettra Pearl, with the ink colours carefully selected to match the granite and limestone used to construct the bridge. 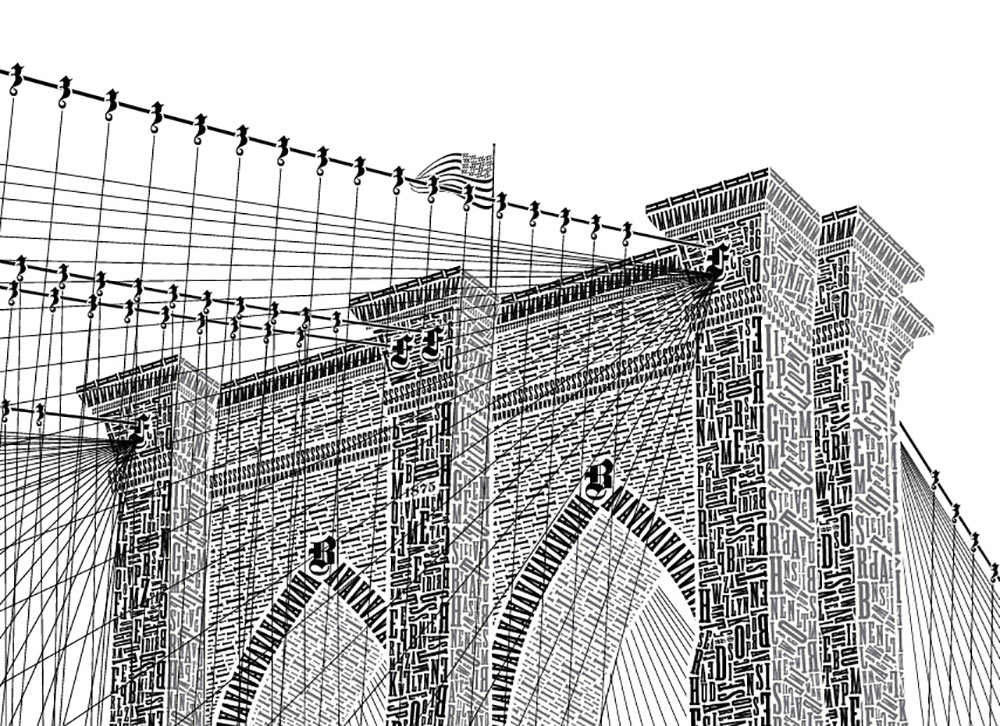 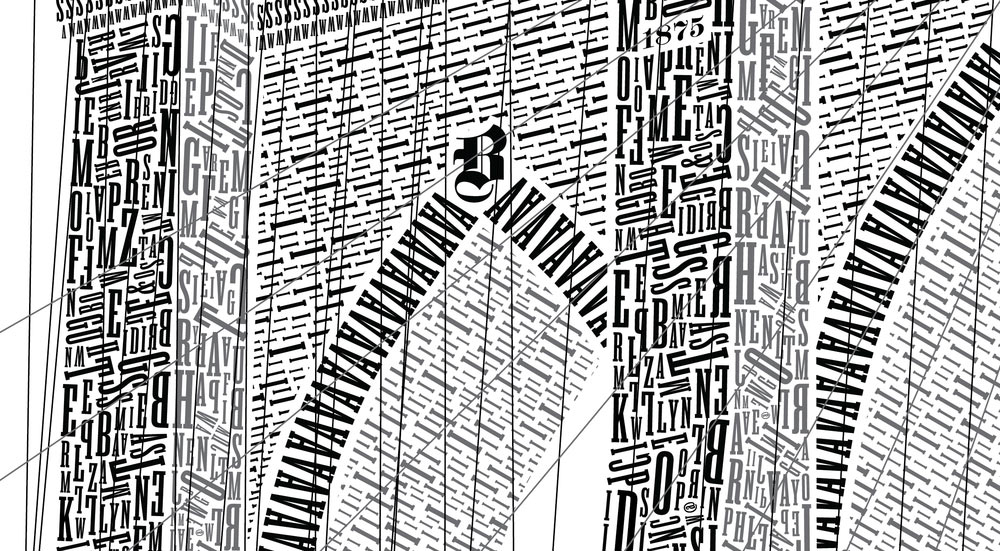 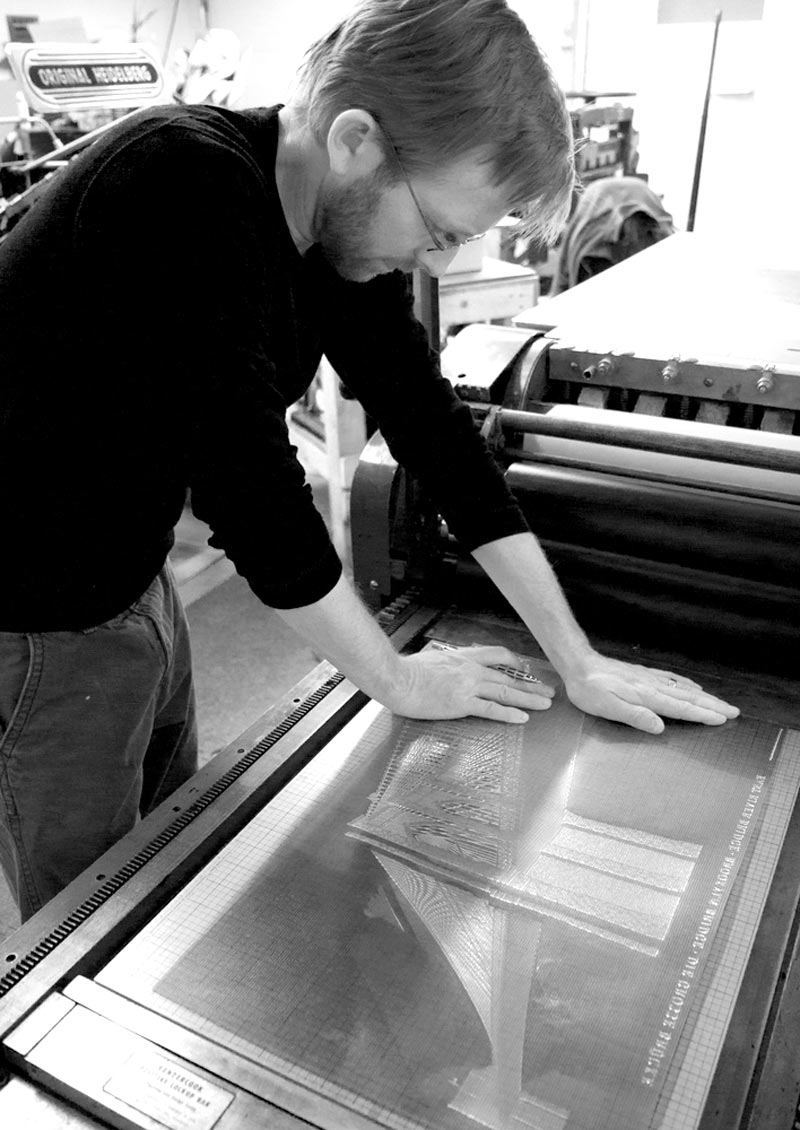